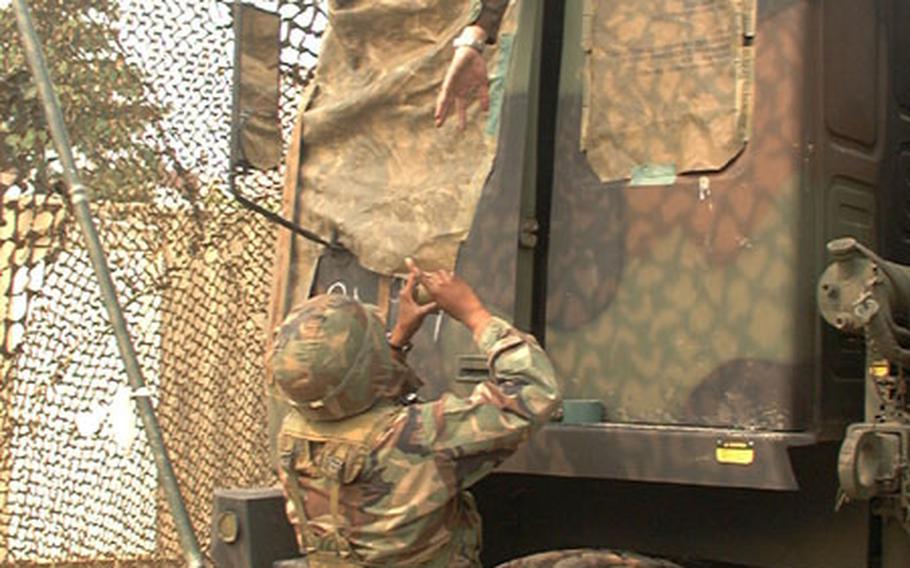 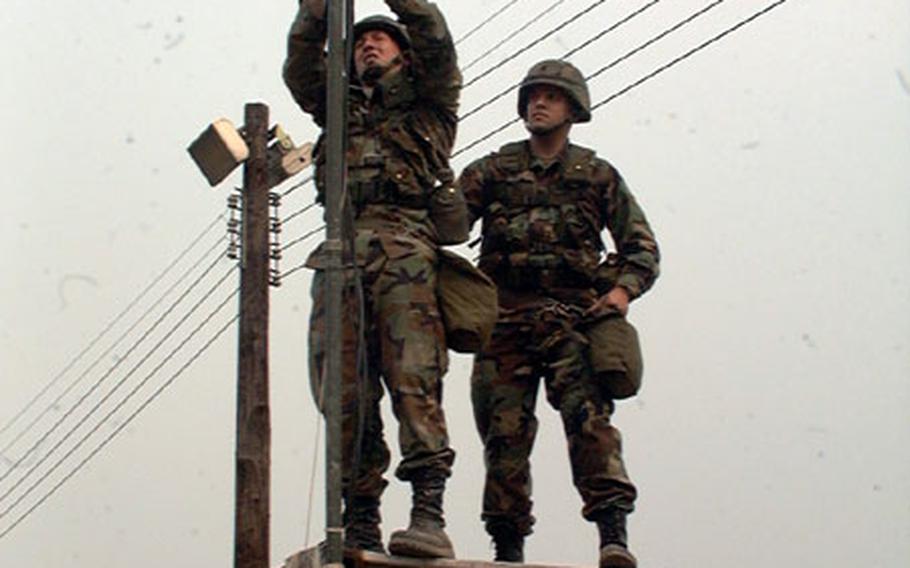 TAEGU, South Korea &#8212; Several times each year, the big green trucks roll out of the motor pool and fan out across lower South Korea as the 307th Signal Battalion takes to the field to practice its wartime mission.

So Lunasin was glad his troops and the others of the battalion, based at Camp Carroll, a logistics base in Waegwan, were back in the field honing their skills.

The battalion&#8217;s main wartime job is to make sure the Army can get its messages through &#8212; phone, e-mail, radio traffic &#8212; even if enemy action knocks out the usual civilian communications networks in place during peacetime.

They can roll right into a battle area, hook up their generators, position their antennas, connect their cables and spin up their high-tech hardware.

&#8220;The warfighters, the field artillery battalion commander 20 clicks away, can send an e-mail to the commanding general across the peninsula via our network, and that&#8217;s what we&#8217;re doing out here, we&#8217;re providing that network to allow the warfighter to communicate throughout the battlefield,&#8221; Lunasin said.

The weeklong exercise started May 19, with battalion elements deployed to Camp Walker and Camp Henry in Taegu, Camp Hialeah in Pusan, and other locations.

Besides the practice troops get by working their communications gear, the unit also focuses on the small but important details of operating tactically, including keeping field sites well-concealed.

Camouflaged netting is draped over the boxy trucks, humvees and tall, dish-like antennas typical of a signal unit in the field.

The unit teaches its troops to cover vehicle windows so they won&#8217;t reflect light that might attract enemy attention. They want vehicle hoods raised to further block light glancing off a windshield, and their vehicle lights are to be taped.

It was a week of new things for Spc. Lakeshia Thompson, too.

&#8220;This is my first experience as a team chief and it&#8217;s amazing how many small, intricate details go into making a system work,&#8221; Thompson said. &#8220;I&#8217;m learning how to deal with personnel issues, how to do quality assurance checks, risk assessments, and the obvious things like putting up cammo, setting up the system.&#8221;