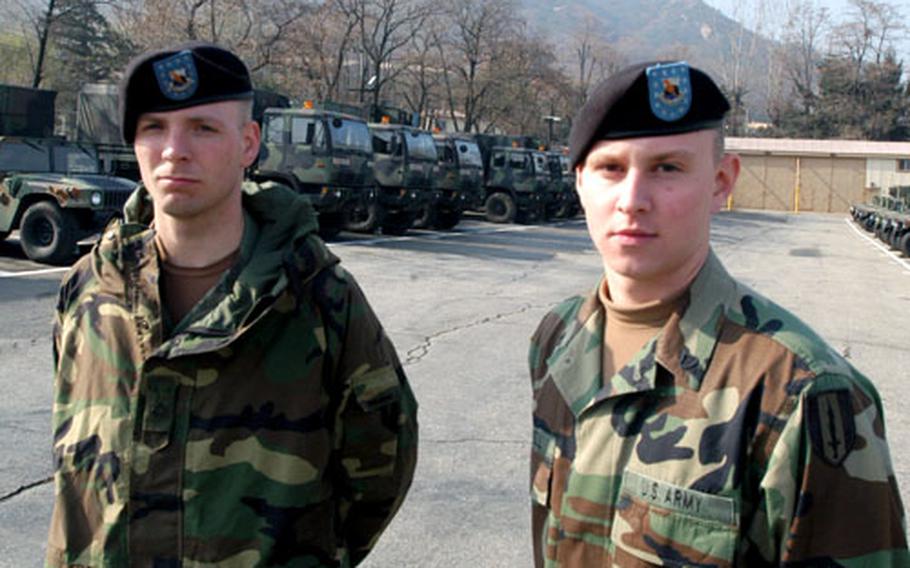 CAMP STANLEY, South Korea &#8212; A battalion that once ran a communications network stretching the length of the Korean Peninsula &#8212; from Busan to the Yalu River &#8212; is setting up shop in Area I.

The 304th Signal Battalion moved from Camp Colbern in Seoul to Camp Stanley in Area I over the past few weeks. Area I had been without a dedicated signal battalion since the 122nd Signal Battalion, 2nd Infantry Division inactivated at Camp Red Cloud earlier this year.

Commander Lt. Col. Anthony Beck said his unit, which falls under the 8th Army&#8217;s 1st Signal Brigade, now provides communications for the U.S. military across Areas I and II and parts of Area III. But during the Korean War the 304th had an even larger network.

A 304th soldier photographed the signing of the Korean War Armistice at Panmunjom in July 1953. The unit also participated in the U.S. battle to take back the Philippines from Japan in World War II, and 304th soldiers were amongst the first U.S. troops to land on mainland Japan at the end of the war, Beck said.

The 304th, whose motto is &#8220;Ready, Always Ready,&#8221; was at Camp Colbern for 30 years before coming to Camp Stanley. The move north involved shifting more than 270 soldiers and hundreds of trucks, trailers and signal gear ranging from generators, switches and radios to satellite systems, he said.

The unit left behind a small post without services such as a commissary, theater or full-sized post exchange, but soldiers were sad to say goodbye to South Korean base workers and friends in the surrounding community, Beck said.

The 304th soldiers have moved into nearly new barracks formerly occupied by the 602nd Aviation Maintenance Support battalion, which left for Camp Humphries and K-16 in Seoul in June.

They&#8217;ve taken over offices and motor pools that were used by 1st Battalion, 38th Field Artillery Regiment, which moved to Camp Casey in September. The motor pools have plenty of room for soldiers to set up and train with radios and other communications gear, Beck said.

The move also brought the unit closer together. Before the move to Camp Stanley, one 304th company was based at Camp Long, near Wonju, with the other two companies at Camp Colbern, he said.

Pfc. Richard Hearron, 24, of Fort Riley, Kan. has been busy driving between camps Colbern and Stanley over the past few weeks and was preparing to make his last run back to the old base on Monday.

&#8220;There is much thicker traffic up here in Uijeongbu than there was around Colbern,&#8221; said Hearron, but he added he enjoys the extra facilities at Camp Stanley.

&#8220;There are more things for soldiers to do on post,&#8221; he said. &#8220;There is a bowling alley and a much better gym. I have already walked the trails on the mountain behind the base (Dobong-San) and there are beautiful waterfalls up there.&#8221;