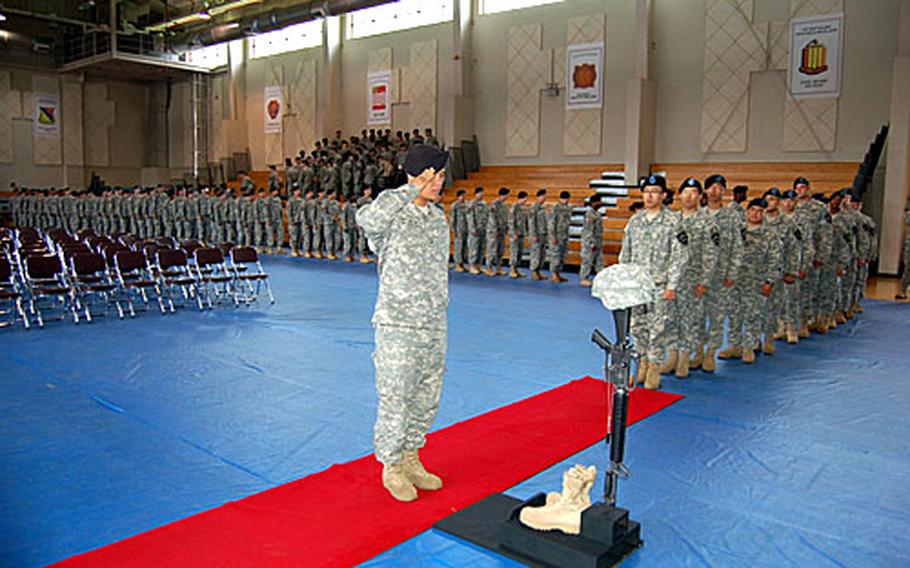 Soldiers from the 302nd Brigade Support Battalion line up to pay their last respects to Staff Sgt. Ricky Fox during a memorial ceremony Friday at Camp Casey&#39;s Carey Gym. Fox was found dead in his barracks room on Aug. 10. His death is under investigation. (Jimmy Norris / S&S)

Staff Sgt. Ricky Fox was discovered dead in his barracks room on Aug. 10, and his death remains under investigation.