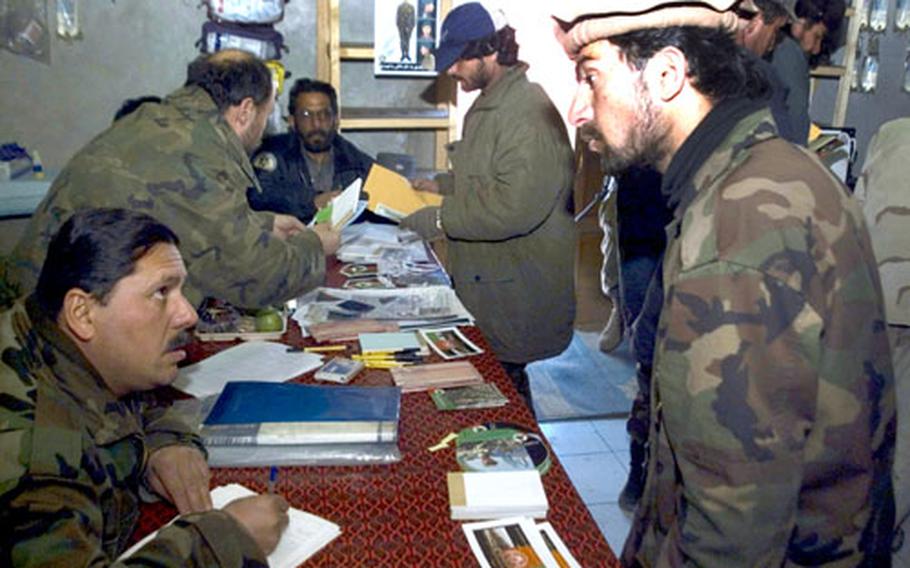 Another 300 members of the group known as the Afghan Security Force have been demobilized and encouraged to join the nascent Afghan National Army and Afghan National Police, U.S. officials said Tuesday.

Two ceremonies were held last week in Paktika province; the first was in early November of last year.

Afghan Security Force members have worked alongside U.S. and other international forces since 2003, officials said. &#8220;They were trained to provide base camp and mission security for coalition forces in areas of operation throughout Afghanistan.&#8221;

Loosely organized and with sometimes disparate tactics, uniforms and weapons, the Afghan Security Force was often composed of fighters who had joined in the battle against the Taliban.

Now, U.S. officials hope they will become part of the new Afghan government&#8217;s official security apparatus. The demobilized troops were given between $500 and $2,000 in severance pay, depending on their length of service. They were also awarded Heart of a Lion medals, which &#8220;symbolize their dedication to duty and the sacrifices made in the war on terrorism,&#8221; the U.S. command said in a news release Tuesday.

Demobilized Afghan Security Force members also were offered a $500 bonus to sign up for the army or police, and recruiting stations were set up next to the demobilization ceremonies.

U.S. officials said money was only part of the reason they were joining the army and police, and said 90 percent of the demobilized force has enlisted in the newly built organizations.

There are nearly 2,000 Security Force members left to be demobilized.