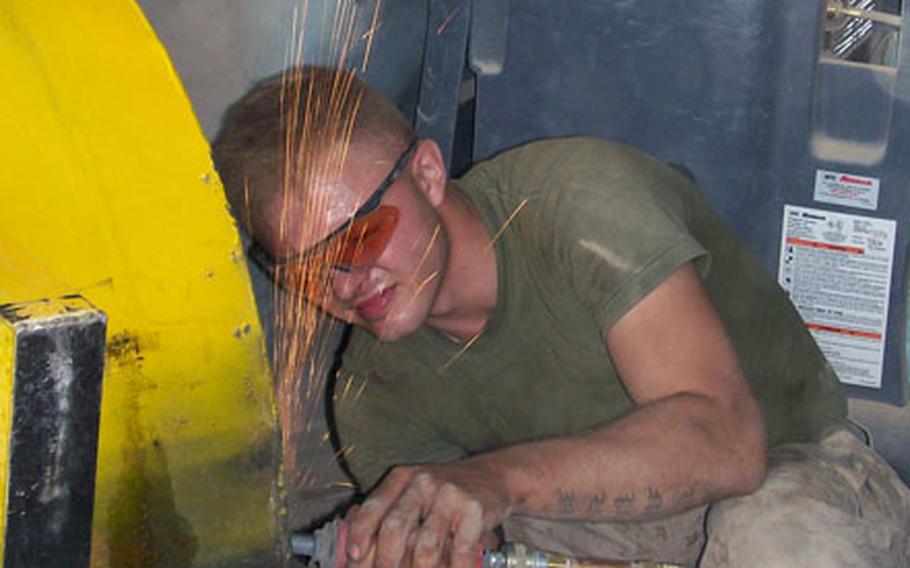 The Marines often worked 14- to 18-hour days and never had a day off the entire deployment, said detachment commander Capt. Terry Harper. After a transition program, many of the Marines said they plan to take leave and go home for Christmas. (Courtesy of Staff Sgt. Lamar C. Painter) 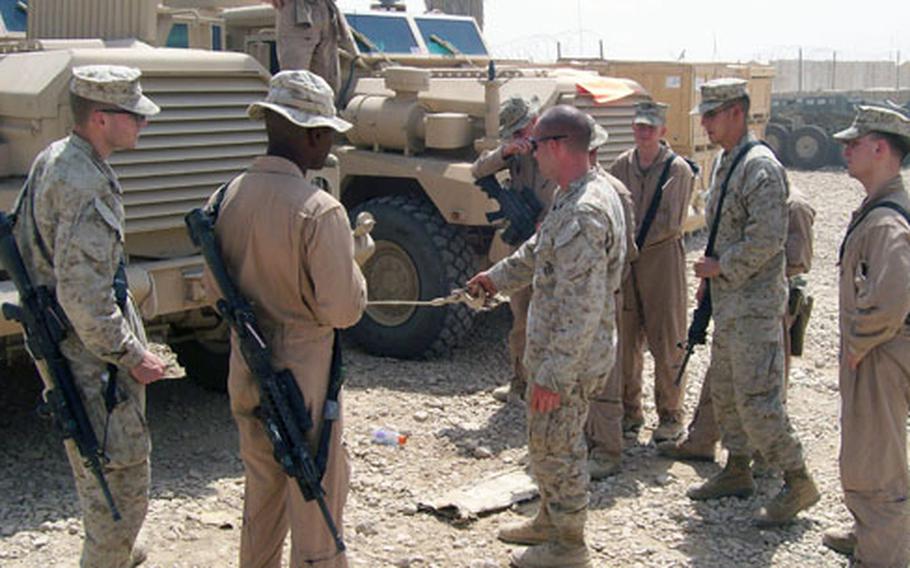 Marines with a truck detachment from 3rd Marine Division made daily fuel runs carrying 1,800 gallons at a time during their deployment to Ramadi. (Courtesy of Staff Sgt. Lamar C. Painter) CAMP COURTNEY, Okinawa &#8212; By the end of their deployment to Ramadi, the Marines could see a positive change in the local populace &#8212; a change they helped bring about, they said.

&#8220;We were still getting shot at in April and went to having a parade down the streets in October &#8212; a huge step,&#8221; said Capt. Terry Harper, 32, from South Bend, Ind., the commander of a 3rd Marine Division truck detachment that returned Nov. 30 from a seven-month deployment to Iraq.

The 30 Marines, drawn from five units within the division, were attached to 3rd Battalion, 7th Marine Regiment, which is based in Twentynine Palms, Calif.

But the main task was providing logistics for the battalion, coalition forces and the people of Ramadi, Harper said.

And they repainted 64 Humvees blue and white for use by the Iraqi police force, he said.

The detachment&#8217;s biggest accomplishment was &#8220;winning over the local population to believe in us,&#8221; Harper said, saying that a deployment highlight was the October unity parade in Ramadi to mark the opening of an Iraqi government center. The bravery and courage of his troops made it possible, he said.

Last year, Ramadi was full of insurgents but had been given a second chance, Harper said. His Marines had to work with the people and intermingle with them on a daily basis as they delivered fuel throughout the area.

But by the end of the deployment, Altamirano said, the attitude was &#8220;totally different.&#8221;

&#8220;Getting to know the people out in town was pretty great, especially the kids,&#8221; Altamirano said. Marines often brought gifts and candy with them on fuel runs, he said, adding that &#8220;soccer balls were always in demand.&#8221;

There was a physical change in the city, too, Altamirano said. Street lights are on, streets are clean, and buildings are being painted, he said.

The changes they saw didn&#8217;t come easily, and they involved a lot of hard work and long hours by the Marines, said Sgt. Eric Magnaye, 26, from Chicago, a convoy commander.

From there, Harper said these Marines will be put into positions where they can pass on the lessons they learned to other truck detachments preparing to deploy.