3 wounded SEALs back in U.S.; 4th remains in Germany 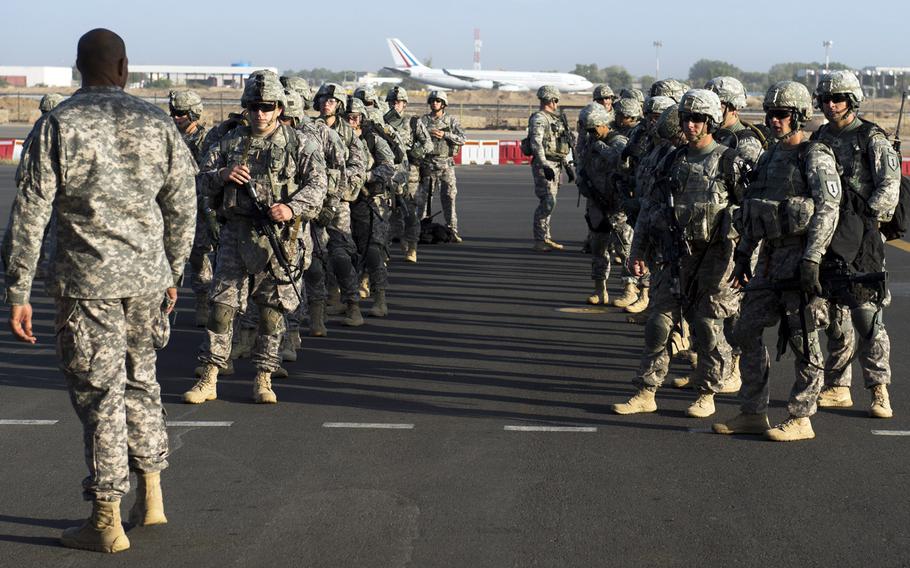 WASHINGTON — Three of the four U.S. servicemembers wounded Dec. 21 in South Sudan during an aborted evacuation operation have returned to the U.S., Pentagon spokesman Col. Steve Warren said Monday. The other remains at the Landstuhl Regional Medical Center in Germany. All four are in stable condition but continue to receive medical treatment, Warren said.

The three were transferred out of LRMC on Dec. 26. The fourth is still in the intensive care unit there but is scheduled to be transferred on Jan. 2, according to U.S. European Command. A DOD official said the fourth service member had surgery after arriving at LRMC. “They worked on him quite a bit,” the official said.

The Defense Department has not officially disclosed which branch or unit the service members belong to, but the same DOD official, speaking on condition of anonymity, told Stars and Stripes that they are Navy SEALs.

The SEALs were wounded when the Osprey transport aircraft they were riding in were hit by small arms fire while attempting to land near the city of Bor. The special operators were on a mission to evacuate American citizens from the area as fighting among local factions in South Sudan escalated.

The four were taken to Nairobi, Kenya for medical treatment. Three of them were flown to LRMC soon after, but one remained in Nairobi because he was not stable enough to travel. He arrived in LRMC on Christmas Day.