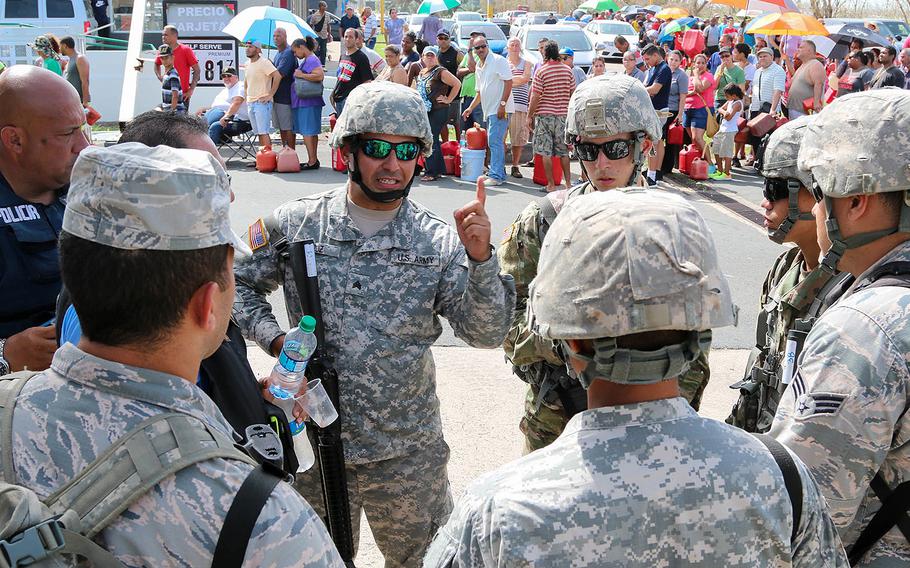 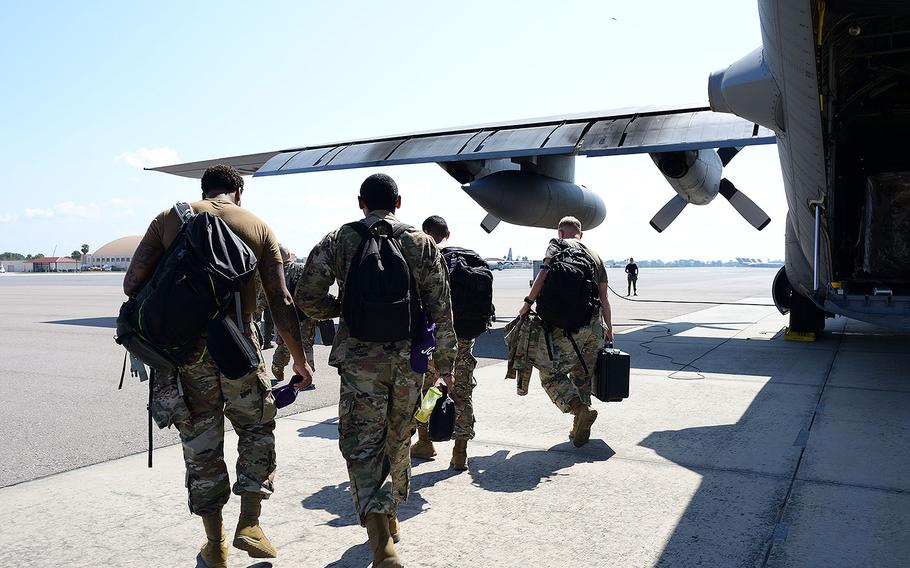 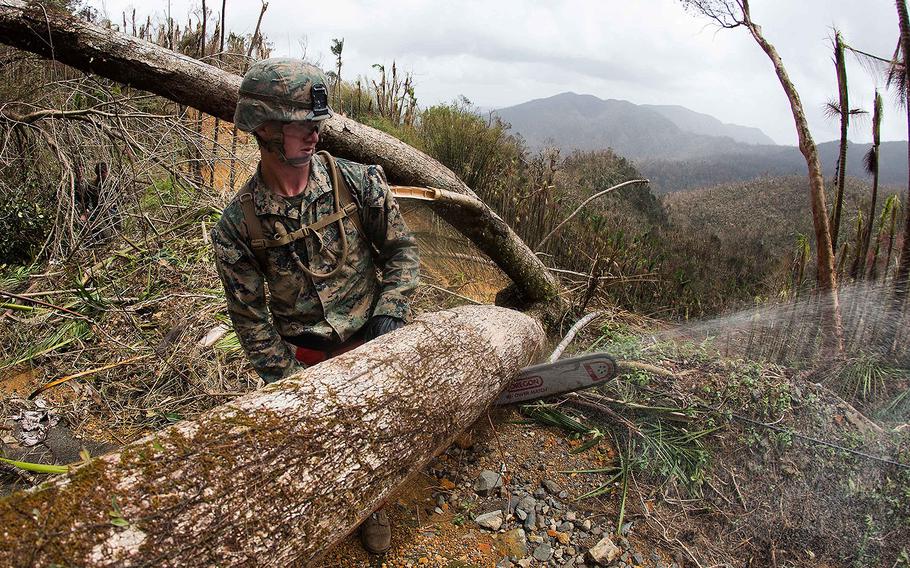 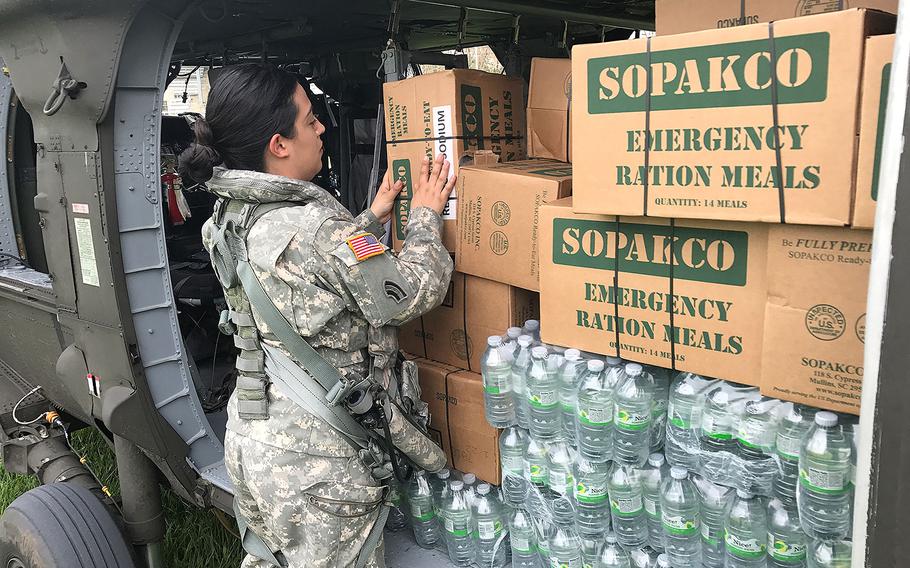 WASHINGTON — The Pentagon on Thursday deployed a battle-tested general to coordinate military response operations in Hurricane Maria-ravaged Puerto Rico, where some 4,400 troops were fanning out across the U.S. territory to deliver life-sustaining supplies, according to defense officials.

Army Lt. Gen. Jeffrey S. Buchanan will take command of the military portion of rescue and relief operations on the island, which was struck Sept. 20 by the Category 4 storm, said Navy Lt. Cmdr. Joe Nawrocki, a spokesman for U.S. Northern Command. Buchanan is a 35-year infantry officer who led troops through four tours in Iraq and more recently served as a senior commander in Afghanistan. He now serves as commander of U.S. Army North.

The three-star general’s deployment comes just one day after the Army sent Brig. Gen. Rich Kim to Puerto Rico to lead land-based forces as the operation shifted from a primarily Navy ship-based response to the disaster. Buchanan’s presence will add efficiency to coordinating military operations with the Federal Emergency Management Agency, Nawrocki said.

“There are so many logistical challenges in Puerto Rico at the moment, it simply makes sense to have the command structure entirely in place there,” he said.

President Donald Trump’s administration has faced criticism it was too slow to respond with military and other federal assistance following the hurricane’s direct hit on the island of 3.5 million people. Eight days after impact, the vast majority of the island remains without power and nearly half its inhabitants were without access to drinking water, FEMA officials said Thursday. But officials said the situation on Puerto Rico was slowly improving as the military cleared roads, airfields and seaports allowing more supplies, especially bottled water, food and fuel to flow throughout the island.

John Rabin, the acting administrator for FEMA Region II, which includes Puerto Rico, said at least some supplies had been delivered to each of the island’s 78 municipalities

“I don’t want to mince words with this -- this has been a catastrophic event,” Rabin told reporters Thursday by phone from San Juan. “Today has been a very hard, difficult day for our fellow citizens in Puerto Rico. But hopefully today has been a little bit better than yesterday was, and our hope is that tomorrow is a bit better.”

On Thursday, National Guard and active-duty troops across the island were working to clear debris from roads so supplies – including 1.1 million liters of drinking water and some 1 million meals -- could be moved to 11 key distribution centers set up across the island, officials said. From those locations, Puerto Rico National Guard members were driving or flying by helicopter to deliver supplies to more remote regions, sometimes going door-to-door to find people in need, Rabin said.

The Pentagon was expecting about 2,000 more troops to flow into Puerto Rico in the coming days. Logistics specialists from the 3rd Expeditionary Sustainment Command at Fort Bragg, North Carolina and Fort Carson, Colorado’s 4th Sustainment Brigade were deployed to Puerto Rico to lead efforts to move supplies across the island, Kim told reporters at the Pentagon on Thursday. Additional air and medical assets were also being moved to the island, he said.

That will include the USNS Comfort hospital ship, which was scheduled to leave Norfolk, Virginia on Friday with 522 medical personnel and support staff, according to Navy Military Sealift Command. The ship boasts 1,000 patient beds in a full spectrum medical facility that includes advanced surgical capabilities.

The ship, which is crewed by 70 civil mariners, is expected to reach Puerto Rico by the middle of next week, officials said.

Meanwhile, the U.S. Army Corps of Engineers was tasked Thursday with supporting the government of Puerto Rico and the U.S. Department of Energy to help repair the island’s ravaged power grid, said Rob Holland, a spokesman for the Corps of Engineers. That mission, which had to be approved through federal government channels, is expected to last several months after Maria devastated the entire electrical system, leaving the island initially with no power.

Holland said the extent of the damage to the electrical infrastructure across the island remains unclear.

“There is so much storm damage that it’s hard for our people to get out to look at it,” he said. “There’s a lot of planning still necessary to do. It’s a formidable challenge, but we’re up for it.”