3 receive Medal of Honor for actions in Afghanistan 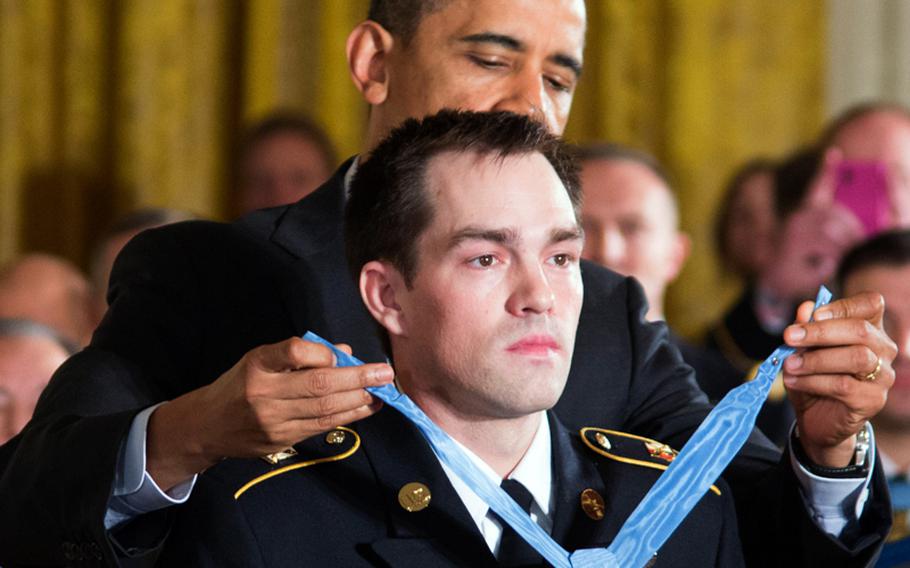 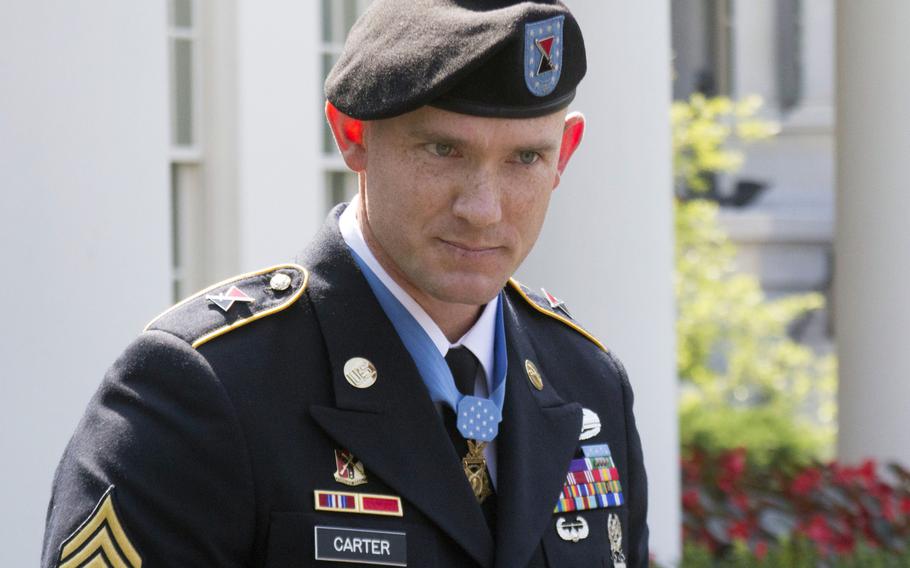 Buy Photo
Army Staff Sgt. Ty Carter, outside the White House after being awarded the Medal of Honor on August 26, 2013. (Patrick Dickson/Stars and Stripes) 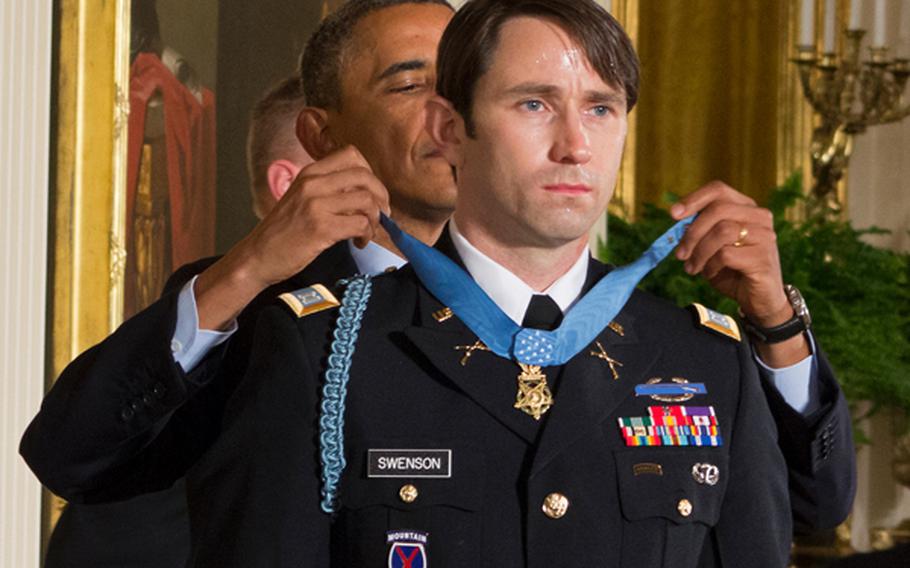 In the first 11 years of the war in Afghanistan, only three living servicemembers were recognized with the Medal of Honor for their battlefield bravery.

This year, that number doubled.

Army Staff Sgt. Ty Carter and former soldiers Will Swenson and Clint Romesha were honored in separate White House ceremonies in 2013 for exemplary valor and selfless sacrifice. At each event, President Barack Obama lauded the men as the best of what America stands for, and shared a moment of silence to honor their friends who died while serving.

Romesha and Carter were both recognized for heroism during the Battle of Kamdesh, an October 2009 firefight in which more than 300 Taliban fighters overwhelmed the Army’s remote Combat Outpost Keating in eastern Afghanistan.

Eight U.S. soldiers were killed in the daylong battle, and 22 more were wounded.

Romesha awoke to the daybreak attack and rushed to cover friends gunned down in the initial onslaught. Carter followed shortly thereafter, returning fire wearing only body armor, a T-shirt and shorts.

Army officials said their quick response — on opposite sides of the outpost — kept the base from being overrun and U.S. troops from being taken as hostages or grisly war trophies.

Swenson was honored for heroism a month earlier, at a battle in the Ganjgal Valley in September 2009. It was the same firefight in which former Marine Cpl. Dakota Meyer had earned his Medal of Honor, again on the opposite side of the battlefield.

At one point, when his attackers approached close enough to demand his surrender, he responded by tossing a hand grenade at them.

White House officials said recognition for Swenson’s bravery was delayed by paperwork mistakes, but critics questioned whether Swenson’s outspoken comments about Army command mistakes in response to the attack caused the delay.

After his medal ceremony, Swenson told military officials that he wants to rejoin the Army. Romesha works as a safety specialist for an oil field construction company.

Carter is still active-duty, and is using his newfound fame to talk about the stress of war and the stigma of seeking mental help. He has been public about his own post-traumatic stress disorder struggles and treatment, advocating for more resources and discussion about the illness.

Thirteen men have been awarded the Medal of Honor for actions in Iraq or Afghanistan, the first seven posthumously.