Buy Photo
Friday's deadly suicide bombing took place on a busy thoroughfare, lined in some places with barbed wire, a few hundred feet from Camp Phoenix, an American military base. Three coalition troops were killed and several civilians wounded in the blast. (Cid Standifer/Stars and Stripes)

Buy Photo
Friday's deadly suicide bombing took place on a busy thoroughfare, lined in some places with barbed wire, a few hundred feet from Camp Phoenix, an American military base. Three coalition troops were killed and several civilians wounded in the blast. (Cid Standifer/Stars and Stripes) 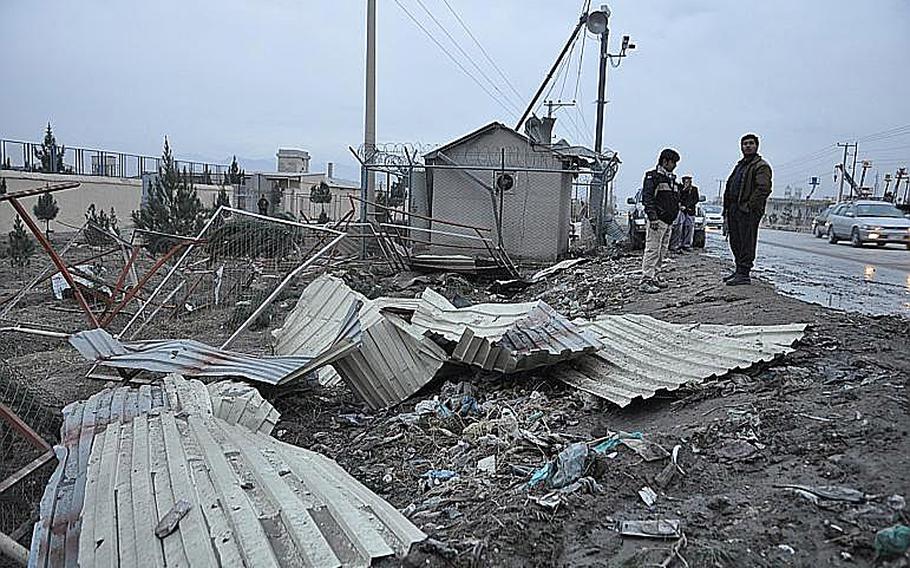 Buy Photo
Police hovered around the site of the bombing in Kabul, in which three ISAF troops died and several Afghan civilians were wounded. The blast destroyed nearby fences and corrugated steel walls. (Cid Standifer/Stars and Stripes) 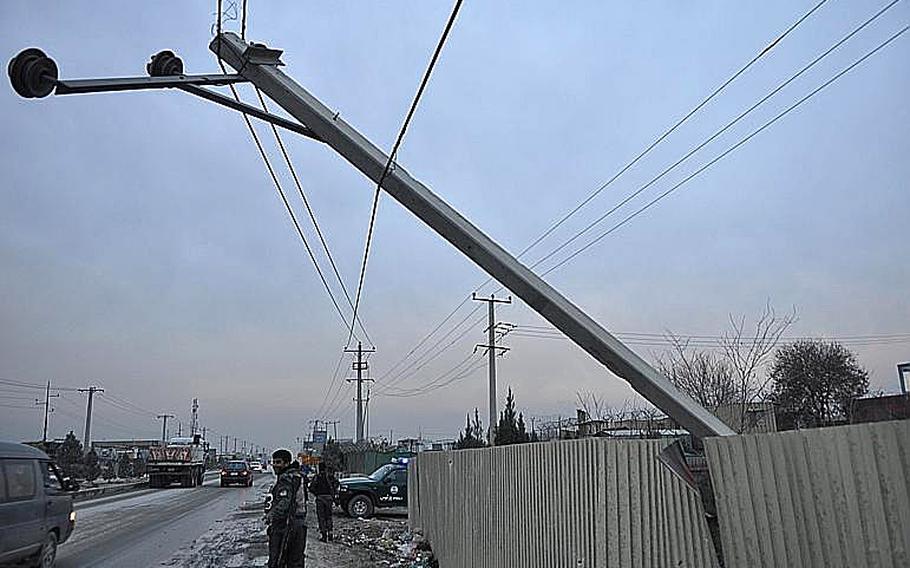 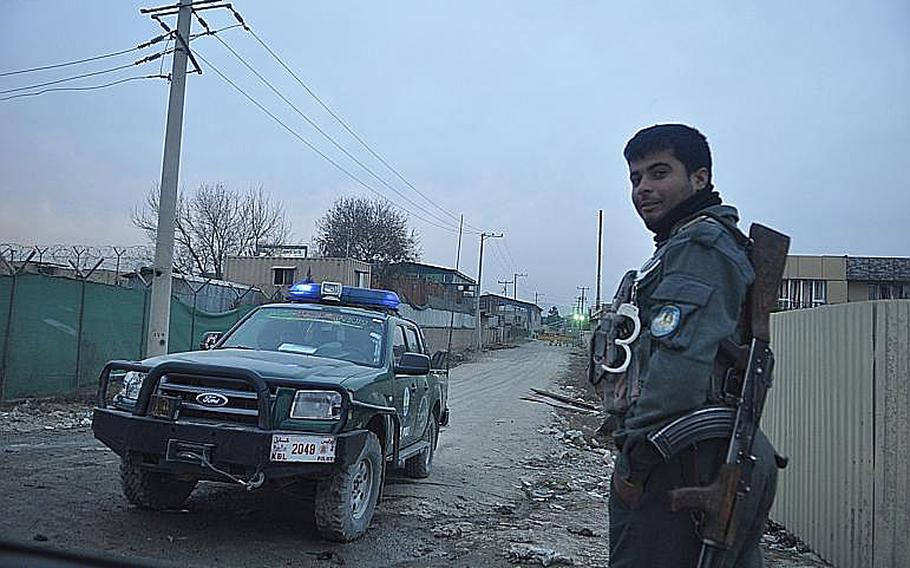 KABUL — Three coalition troops were killed and several civilians wounded by a suicide car bomb in Kabul Friday, the second attack in the capital in three days.

The NATO-led International Security Assistance Force confirmed the deaths, but did not immediately release the nationality of the troops. However, a U.S. defense official said in Washington that of the 3 ISAF fatalities, one was American and two were Slovak.

The Taliban claimed credit for the attack, and claimed 12 troops were killed, though the Taliban often greatly exaggerate the casualties they inflict.

Meanwhile in a separate incident in eastern Afghanistan, a civilian ISAF contractor died “as a result of a non-battle related injury,” the coalition said Friday. The statement did not identify the victim.

Hashmatullah Stanikzai, spokesman for the Kabul police headquarters said the attack targeted a coalition convoy around 1 p.m. on Pul-e Charki Road, a busy main artery linking Kabul and Jalalabad to the east that passes by both the Afghan security forces training ground and Camp Phoenix, an ISAF base. Stanikzai said the bomb wounded nine civilians.

The blast mangled guardrails in front of a business a few hundred feet from Camp Phoenix.

While the road was open again within a few hours, police still tramped around in the cold mud and rubble at the blast site as dusk fell. A telephone pole leaned precariously over the road.

Footage on the local TOLO News TV station showed the charred wreckage of vehicles and said two ISAF trucks had been destroyed.

Mohammad Azim, who lives near the site of Friday’s attack said he was going to perform Friday prayers at a nearby mosque when he heard an explosion.

“I was walking on the road. There was a very big explosion, and a lot of smoke rose from the area where the explosion was,” he said.

But, as is typical in this country accustomed to war, people in the area seemed to quickly shake off the violence and went about their daily business. Police smiled and laughed as they chatted at the scene.

The bombing comes shortly after a Christmas day attack in which two rockets hit the U.S. Embassy compound in Kabul. No one in the Embassy was injured.

In the past 10 days, 11 coalition troops have been killed, including six Americans who died in a helicopter crash on Dec. 17. It’s an unusually bloody period for international military forces at this juncture in the war, as Afghan forces have largely taken the lead for military operations ahead of the Dec. 31, 2014, deadline for all foreign combat troops to leave the country.

The U.S. is still negotiating with Afghan President Hamid Karzai over a security agreement that would allow a small residual force of foreign troops to stay in the country past the end of 2014 for a training and counter-terrorism mission. Karzai has so far resisted signing the agreement, without which all foreign troops will almost certainly leave, and many worry that without support from international forces, the Afghan army and police will struggle to keep the upper hand against a still-entrenched insurgency.