3-D upgrades made at three Navy theaters in Japan 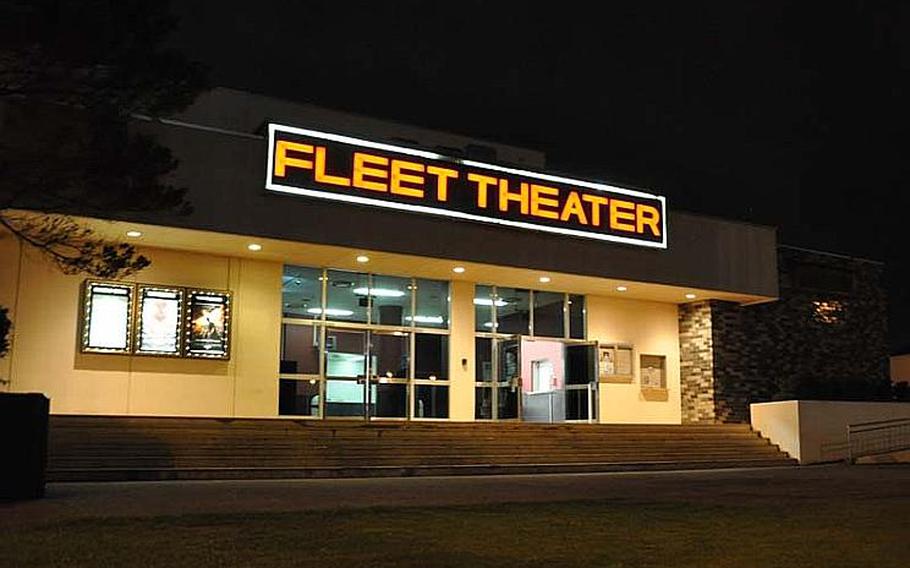 The Fleet Theater at Yokosuka Naval Base is one of three movie theaters to make the digital 3D upgrade. At the reopening on Thursday, Aug. 11, 2012, patrons were treated to free showings of 3D movies. (Trevor Andersen/Stars and Stripes)

The Fleet Theater at Yokosuka Naval Base is one of three movie theaters to make the digital 3D upgrade. At the reopening on Thursday, Aug. 11, 2012, patrons were treated to free showings of 3D movies. (Trevor Andersen/Stars and Stripes) 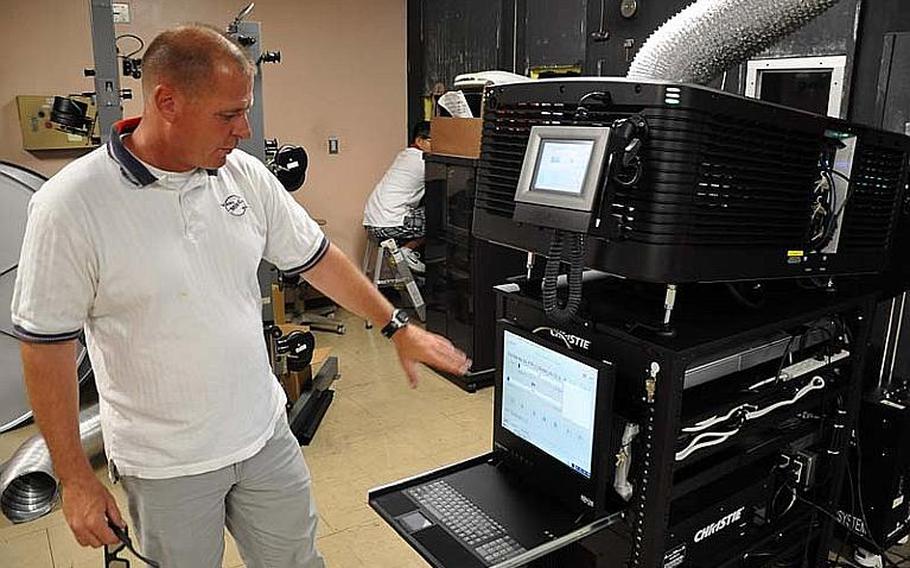 Greg Hooper, Yokosuka Morale, Welfare and Recreation theater manager shows off the new, digital and 3D projector at the Fleet Theater at Yokosuka Naval Base. The upgrade to digital was directed by the Navy Motion Picture Service as part of a larger plan to upgrade Navy theaters world-wide. (Trevor Andersen/Stars and Stripes) 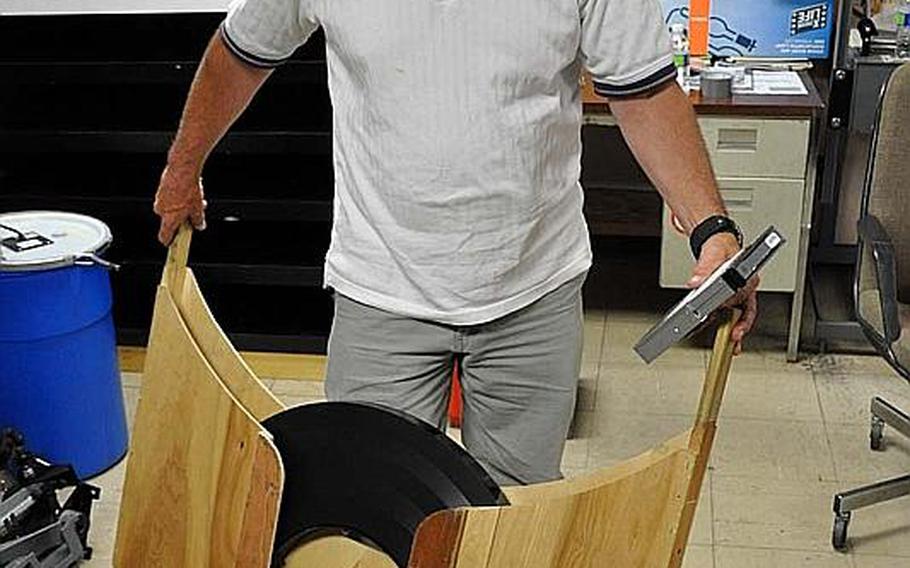 Greg Hooper, Yokosuka Morale, Welfare and Recreation theater manager, holds a film reel. "Imagine lugging this up a set of stairs," he said. "The new hard drives are much easier to deal with." (Trevor Anderson/Stars and Stripes)

The Fleet Theater and Benny Decker Theater at Yokosuka, along with the theater at the Negishi housing area, completed their upgrades during the past month, Navy officials said.

The $3.5 million upgrade of all 32 Navy theaters will be completed by the end of September, according to the Navy Motion Picture Service.

The NMPS is trying to keep up with modern technology, said Amiee Mac Donnell, the Yokosuka Morale, Welfare and Recreation director of recreation.

The upgrade allows base theaters to show 3-D movies as well as 2-D films without losing quality.

&ldquo;Every time you play a movie on a film projector, the sound deteriorates a little. If you&rsquo;ve ever watched a movie that&rsquo;s been played a lot, you can hear the sound go in and out,&rdquo; said Greg Hooper, the MWR theater manager for Yokosuka and Negishi. &ldquo;That won&rsquo;t happen with the digital system.&rdquo;

Each Yokosuka-area theater was closed for two days while Hooper and his team installed the new projectors. After the install, they reopened for free showings of 3-D movies so they could work out the bugs.

&ldquo;The whole system is automated,&rdquo; Hooper said. &ldquo;The movies arrive on hard drives that we plug into the system. They&rsquo;re encrypted so we have to download the encryption key every day to play these movies.&rdquo;

The 3-D movies at the recently upgraded locations will cost $5 &mdash; $2 more than a normal ticket. That includes the cost of 3-D glasses, which patrons are free to keep.

Army and Air Force Exchange Service theaters have been developing a plan to keep up with the technological trend, AAFES spokesman Chris Ward said.

So far, AAFES theaters at Spangdahlem Air Force Base in Germany and Camp Zama Japan have converted to digital, 3-D technology. The 3-D movies there cost $5.50 for adults.

&ldquo;The exchange is currently evaluating all of its theater operations, by location, in order to devise a strategy for conversion to digital projection with 3-D capability,&rdquo; Ward said.

AAFES is responsible for 110 theaters worldwide with 24 in the Pacific, 24 in Europe and the remainder in the U.S., he said.

Correction:Greg Hooper's last name has been corrected in the report and photo cutlines.