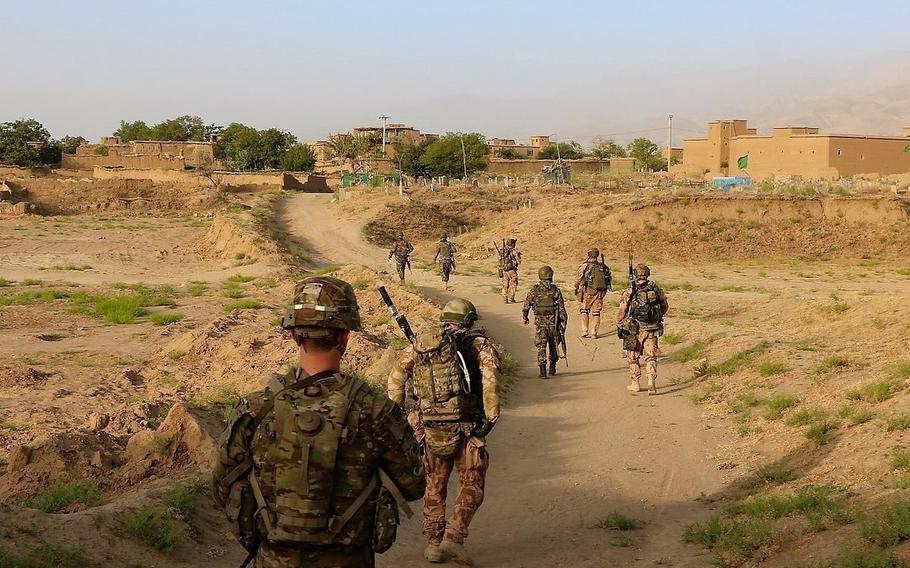 KABUL, Afghanistan — Three Czech soldiers were killed by a suicide bomber in eastern Afghanistan on Sunday in an attack that also injured one American and two Afghan troops, officials said.

The suicide bomber attacked a foot patrol of coalition forces in the capital of Parwan province — about 10 miles from Bagram Air Field — around 6 a.m., a spokeswoman for the provincial governor told Stars and Stripes.

The Czech military later confirmed the three fatalities were all from the Czech Republic but did not immediately identify them. The country’s defense minister Lubomir Metnar offered his condolences.

The troops were on a patrol with Afghan forces when they were attacked, according to a statement by NATO’s Resolute Support mission.

It said one American and two Afghan soldiers were injured in the blast, but did not specify their conditions.

The Taliban claimed responsibility for the attack, which it said targeted “American invaders.” No civilians were injured, the governor’s office said.

“My thoughts and prayers, along with those of all of the 41 Resolute Support nations, are with the families and friends of our fallen and wounded servicemembers, and our injured Afghan brothers and their families,” said U.S. Army Gen. John Nicholson, Resolute Support and U.S. Forces-Afghanistan commander. “Their sacrifice on behalf of the Afghan people and our coalition will endure in both our hearts and history, and further strengthen our resolve.”

Sunday’s attack doubles the number of coalition deaths in Afghanistan this year. The previous three servicemembers killed in 2018 were all American.

The Czech Republic recently agreed to station 390 soldiers in Afghanistan through 2020, up from the current 230, as part of the NATO-led Resolute Support mission.