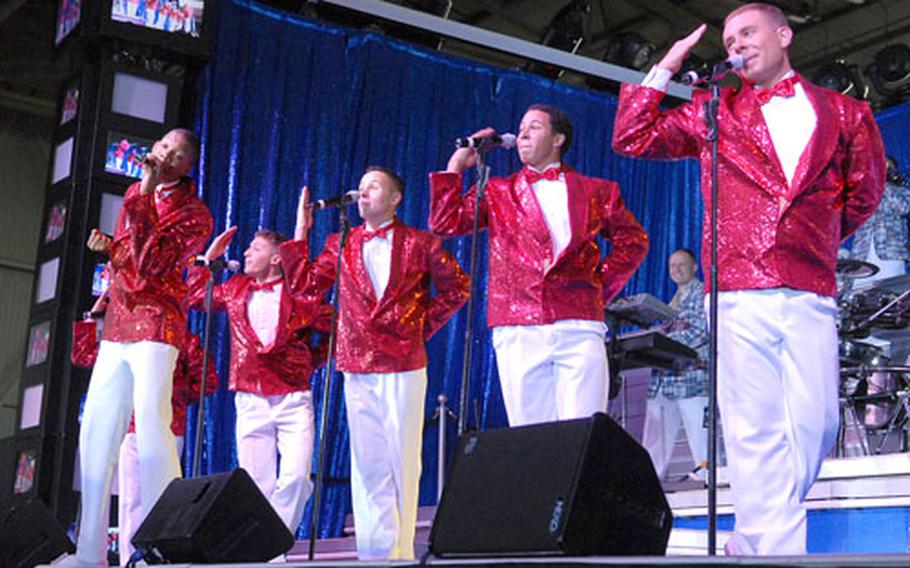 At least three airmen based in Europe will be part of the show when Tops in Blue begins touring this year.

Senior Airman Gina Bauza from Spangdahlem Air Base, Germany, Airman 1st Class Shane Blankenship from Aviano Air Base, Italy, and Airman 1st Class David Butler from Lajes Field in the Azores are among 25 airmen selected for the tour. Bauza and Blankenship were picked as vocalists and Butler was chosen as both a vocalist and guitarist.

Air Force Entertainment is still looking for airmen to fill out the group. In particular, it is seeking musicians to play guitar, trumpet, trombone or saxophone. It also needs technicians and drivers.

The three airmen based in Europe all submitted videos of themselves performing and participated in the Air Force&#8217;s Worldwide Talent Contest in December.

Blankenship, 24, is a member of the 31st Maintenance Operations Squadron at Aviano.

&#8220;I never did any singing in public before I went to college,&#8221; he said Thursday, a day before leaving for Lackland Air Force Base, Texas, where Tops in Blue members will undergo about 45 days of training.

Blankenship said he was happy to get the chance to participate in the 13-month tour.

Specific tour dates haven&#8217;t been set, but could be released in the spring, according to Mandy Smith-Nethercott, chief of marketing and entertainment for USAFE Services.

Bauza, a member of the 52nd Dental Squadron at Spangdahlem, has been a fan of the organization for a long time, according to an article on the base&#8217;s Web site (www.spangdahlem.af.mil).

Butler, assigned to the 65th Civil Engineer Squadron, has been playing the guitar for about three years. The 19-year-old from Wentzville, Mo., said he applied after seeing a notice in the Lajes Field community center.

More information about the current vacancies is available at www.topsinblue.com, or by calling Air Force Entertainment in the States at (210) 652-6555. Applications for next year&#8217;s group are due in the fall.