3-6 Apaches training with 1-2 at Rodriguez Range 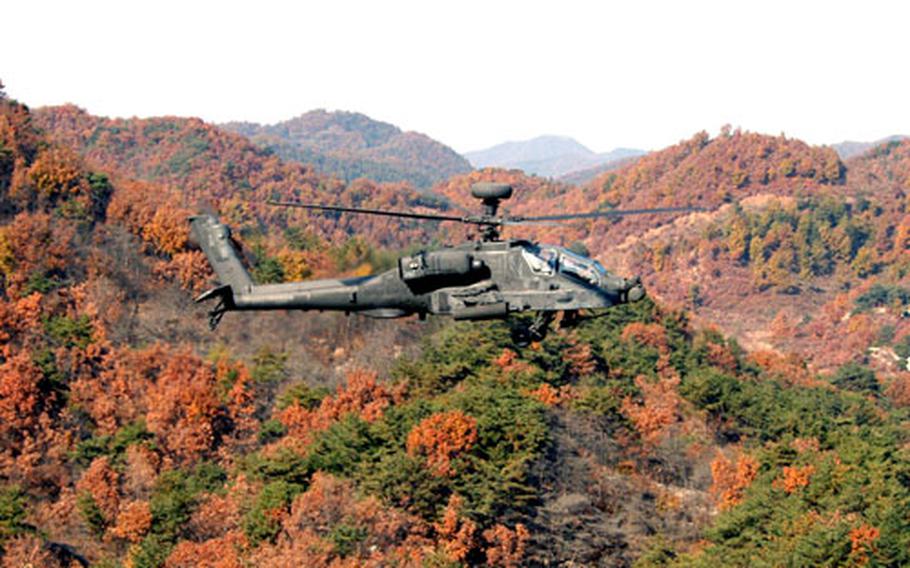 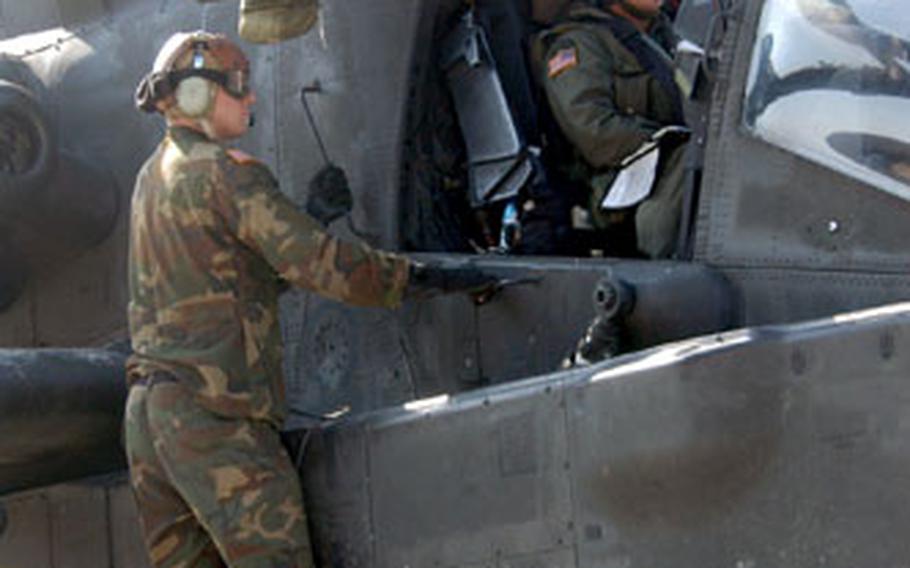 A 3-6 Apache waits for fuel and ammunition at a Forward Arming and Refueling Point. (Seth Robson / S&S) 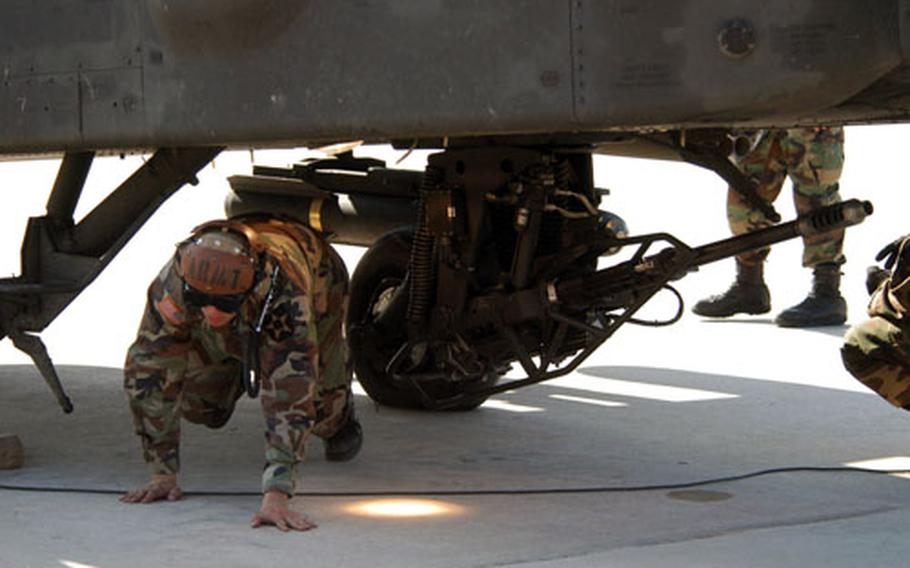 A 3-6 soldier from ducks under an Apache helicopter. (Seth Robson / S&S) 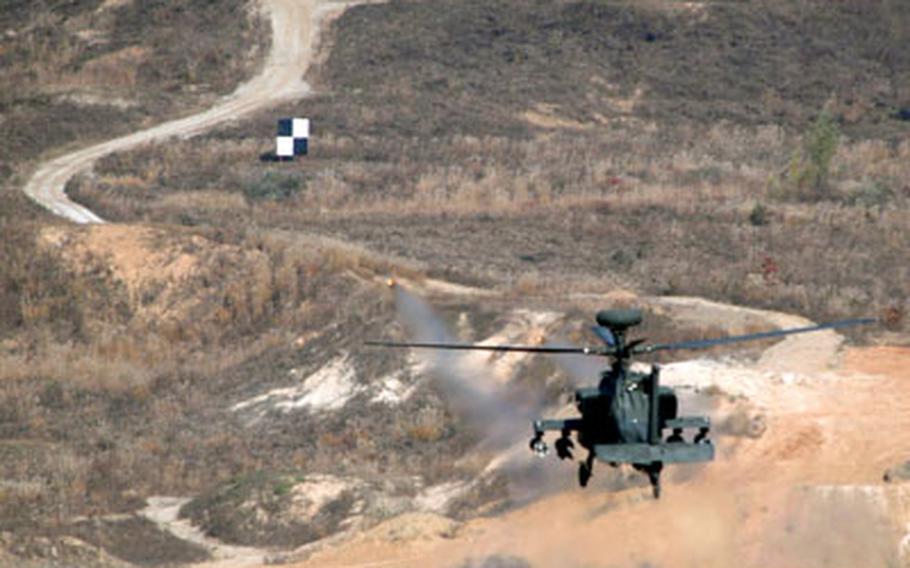 The helicopters zoomed across the colorful autumn landscape to unleash dozens of 2.75-inch rockets against a hillside, fire a 30 mm cannon at plywood targets and simulate missile strikes on moving targets at the range.

Capt. Michael Labroad, 27, of Longmeadow, Mass., said the move to 2nd ID was &#8220;seamless&#8221; with hardly any impact on the unit other than sewing on Indianhead patches.

Labroad, Troop B commander, said 3-6 and 1-2 aviators enjoy a friendly rivalry but don&#8217;t compete on a unit-to-unit basis during gunnery.

Instead, the competition is between individual aviators, whose gunnery skills are assessed on a 1,200-point scale.

The reigning 3-6 gunnery champion is the battalion&#8217;s commander, Lt. Col. Bernard Banks, who has the honor of wearing a Top Gun patch on his flight suit, Labroad explained.

Aviators who score 90 percent or better during gunnery wear a &#8220;Distinguished Crew&#8221; patch, he added, showing off his own patch under his flak jacket.

Before heading out to the range each helicopter stopped at a Forward Arming and Refueling Point &#8212; or FARP &#8212; to take on fuel and ammunition.

Chief Warrant Officer James Wright, 37, of La Porte, Ind., was at the FARP keeping tabs on soldiers pumping fuel and loading bullets and rockets into the helicopters.

Wright said FARP operations have stayed the same since the unit joined 2nd ID. The only changes were with paperwork when soldiers collected ammunition, he said.

He said range operations are controlled and orderly compared to running FARPs during combat in Iraq and Afghanistan, where Wright was with the 101st Airborne Division, he said.

&#8220;The operating tempo at the beginning of the (Iraq) war was a lot higher and we were battling the heat as well,&#8221; he said, adding that he saw Scud missiles and 500-pound bombs land nearby during his service in Iraq.

The 3-6 soldiers will stay at the range until Nov. 10, Wright said.