3,000 Aviano airmen stand down for ‘raw’ discussions on racism 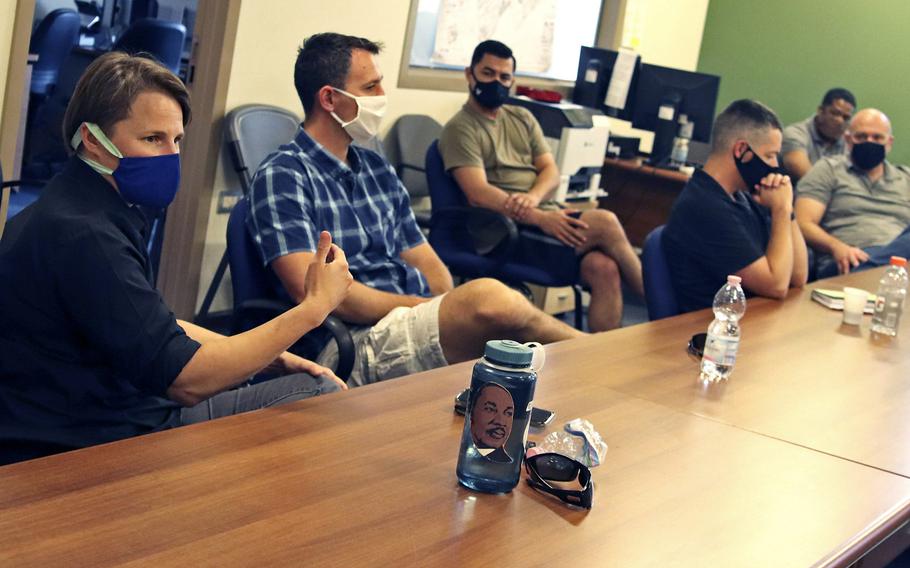 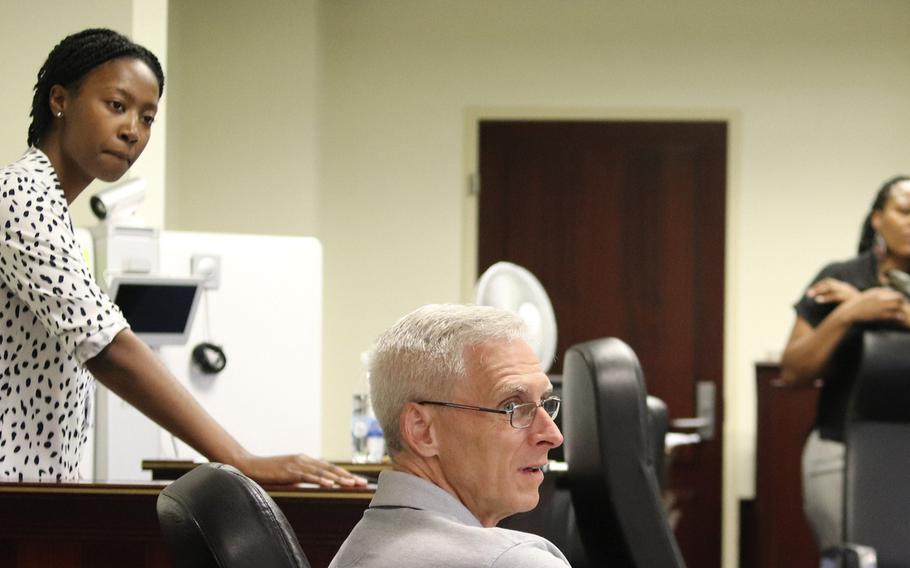 Group facilitators, standing, talk with airmen and civilians about race at Aviano Air Base, Italy, on Friday, July 17, 2020. The event organized by the 31st Fighter Wing's equal opportunity office gathered about 3,000 personnel into small groups for frank discussions on racism and inequality. (Norman Llamas/Stars and Stripes) 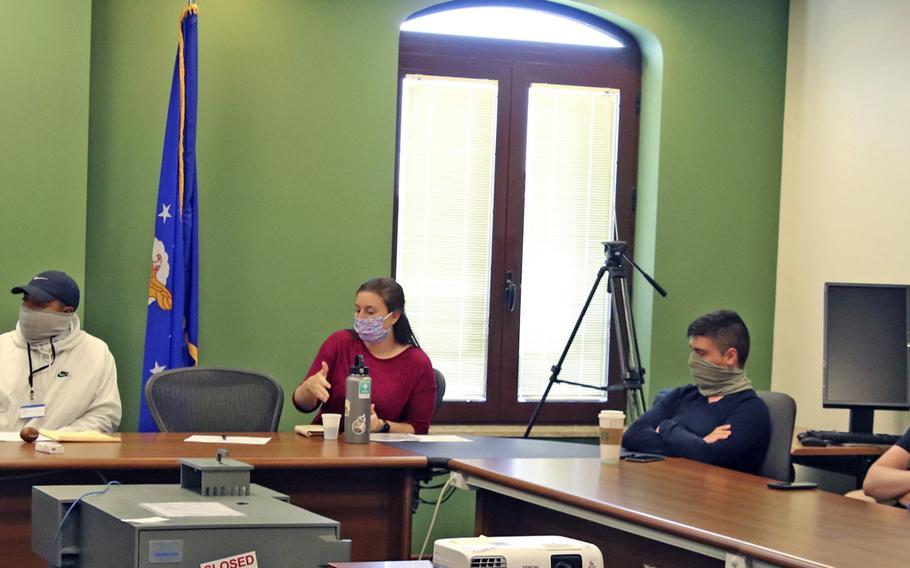 AVIANO AIR BASE, Italy — Staff Sgt. Kourtney L. Rollins tried to talk to a co-worker about inappropriate racial comments at her previous workplace, but nothing changed.

The situation went on for two years, she said.

“The work environment continued to be a toxic one, where racial comments were an acceptable form of speech,” said Rollins, a special victims paralegal for the 31st Fighter Wing.

The problem was eventually resolved following the results of a command investigation, Rollins said.

Rollins told her story to about 20 airmen of different backgrounds, while similar stories were shared in other small groups on this U.S. base in northern Italy on Friday. In all, about 3,000 31st Fighter Wing airmen and civilians shut down most operations and discussed the racial disparities African Americans and other people of color face in the Air Force and in U.S. society as a whole.

The day was a first step in what will be an ongoing effort to eradicate discrimination in the Air Force and at Aviano, said Brig. Gen. Jason Bailey, the wing’s newly arrived commander.

“I sat in on some of the discussion groups and I can tell you firsthand that the participants were raw with sharing their experiences and feelings,” Bailey said. “It takes a lot of courage and I deeply respect the bravery and vulnerability to share.”

Much of the conversation in one group revolved around whether bias forms more as a product of the environment people grow up in, or whether it’s acquired based on life experiences and interactions with others.

Some white people also may have little personal interaction with African Americans, which may lead to impressions being formed primarily through entertainment or media.

“I dislike that when national news breaks involving African Americans, we all get labeled and thrown into the ‘they’re all the same’ label,” said Staff Sgt. Joshua A. Bailey of the 31st Operations Support Squadron.

Forums like this help break through that, he said.

“This is a day of understanding and for all of us who work together, to come together and join me in trying to level up the playing field. The 31st Fighter Wing is doing a phenomenal thing with this event,” said Bailey, who is not related to the wing commander.

Airmen also discussed bias in the Air Force’s criminal justice system. One group brought up a 2017 report by Protect our Defenders, an advocacy group focused on ending sexual assault and rape in the military, which found Black service members were 71% more likely to face court-martial or nonjudicial punishment than their white counterparts.

Another report in May from the group, which is headed by the Air Force’s former top prosecutor, found that the service had failed to fix the disparities. The Government Accountability Office also found in 2019 that in the Army, Navy, Marine Corps and Air Force, Black, Hispanic and male service members were more likely to be investigated than white and female service members. They were generally no more likely to be found guilty.

An airman in the group added that the lawyers who both represent Black and minority airmen are more likely to be white, which may lead to poor representation in instances of bias or lack of cultural familiarity.

The justice system reflects the Air Force’s historically “very white” power structure, as one airman put it, where few people of color were promoted to senior posts. That has begun to change in recent years — both the incoming chief master sergeant of the Air Force and the chief of staff are Black.

But racism remains a problem in the ranks, Rollins said. And in perhaps another sign of how far the service has to go, Rollins avoided sharing details about her previous workplace out of concern of being retaliated against later in her career.

Nevertheless, Rollins’ negative experiences haven’t deterred her from continuing her service — they’ve instead encouraged her to mentor others, to show them they can do better and, when necessary, to help them speak out.

“I feel that it’s important to have forums like this one,’ Rollins said. “They will help the Air Force move forward and should help teach everyone that it’s OK to have tough conversations. This should all help bring forth change — I feel it’s the only way that things will change.”