2nd SCR soldier was striving to make a difference in Iraq 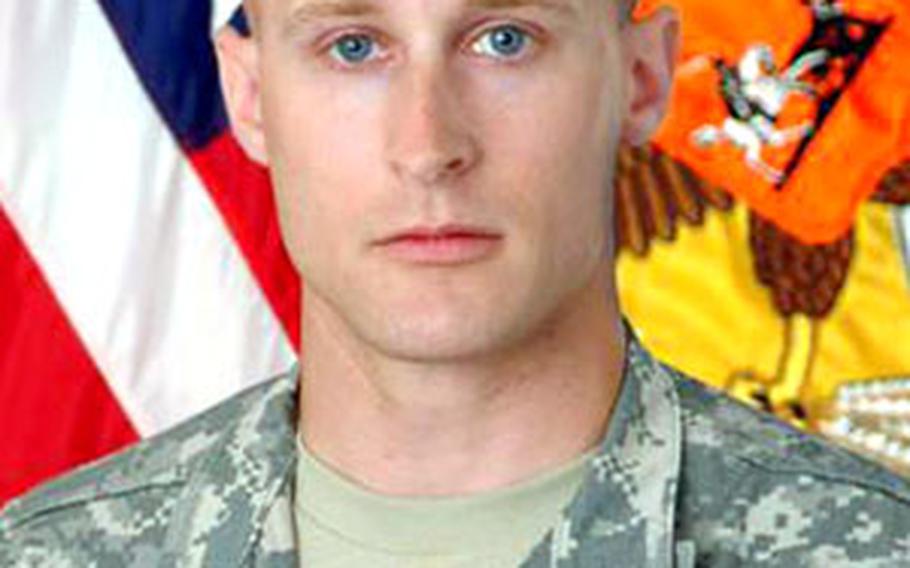 After nearly a year of serving in the 2nd Stryker Cavalry Regiment&#8217;s rear detachment, Staff Sgt. Jeremy D. Vrooman was raring to get back to Iraq.

So before leaving for Iraq June 12, he made a point of telling his peers that if anything happened to him, he wanted to be remembered in true cavalry tradition &#8212; that meant displaying his Stetson instead of a Kevlar helmet at his memorial ceremony.

On Tuesday, just about a month after hitting the ground, the 28-year-old soldier from Sioux Falls, S.D., led a team "at the dawn of another intensely hot, dusty day, doing what he loved to do," Rickard said Friday in Vilseck during a memorial ceremony for the soldier. Vrooman&#8217;s empty Stetson was there, as he&#8217;d asked for.

A nine-year Army veteran, Vrooman was the first man through the door as his team of soldiers from Troop P, 4th Squadron, moved to clear a building in the town of Kn&#8217;an. The building was booby-trapped, and Vrooman took the brunt of the explosion from a makeshift bomb.

"His brothers treated him quickly and expertly, but the damage was too great," Rickard said. Two other soldiers were injured in the blast. Vrooman died in a Baghdad hospital that day.

"The fateful day Staff Sgt. Vrooman led his section to clear that house coincided with the beginning of the voter registration period [for] the first democratic provincial elections in Iraq&#8217;s history," said Rickard.

Vrooman is survived by his wife, Latrecia; his 5-year-old son, Xavier; and 1-year-old daughter, Jade.

"He was so proud of Xavier and loved to bring him to the squadron headquarters and show him to everyone," Rickard said.

"There is no greater pain for his wife, family and friends than his sudden loss, and yet for those of us who serve, there is no more honorable way to leave the world."