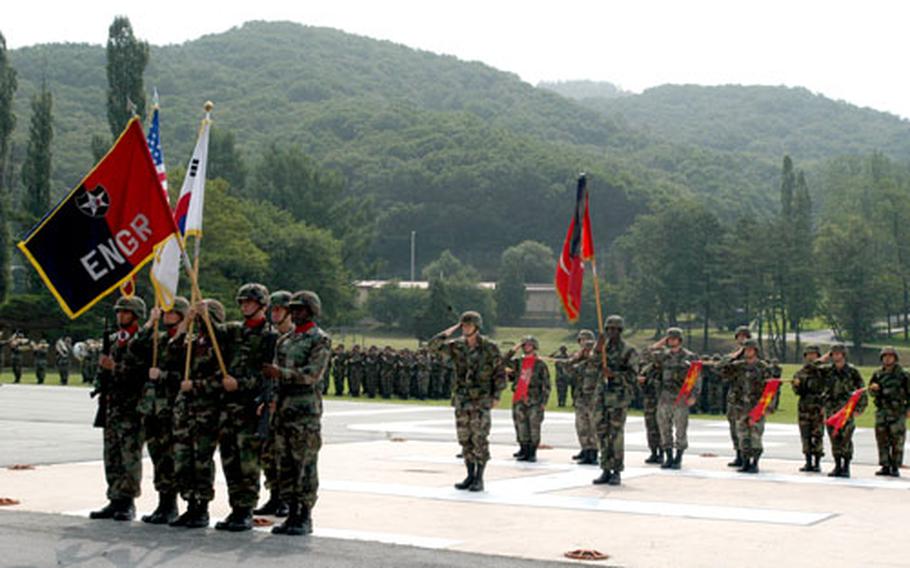 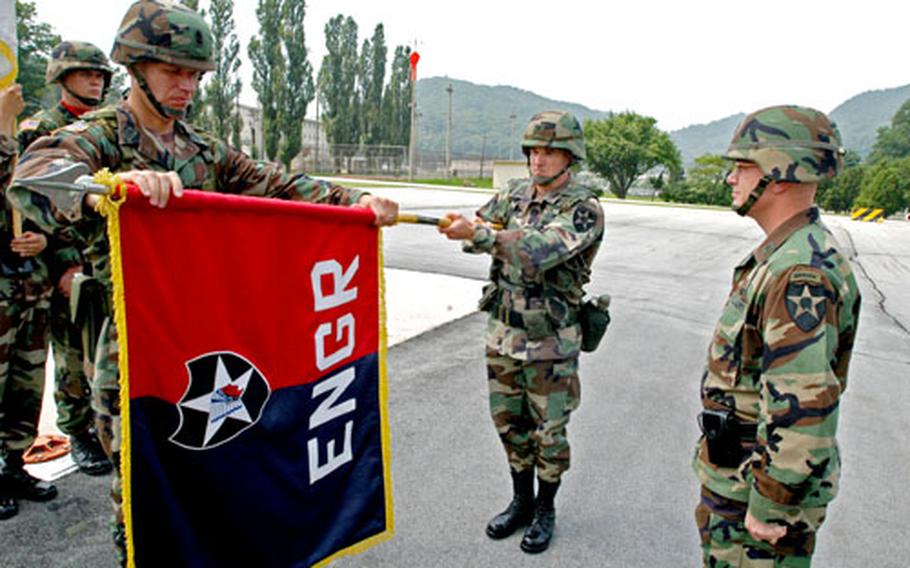 CAMP CASEY, South Korea &#8212; The 2nd Infantry Division completed its transformation to a Unit of Execution with the inactivation of its Engineer Brigade here Friday.

The ceremony marked the end of months of reorganization within the division, which has transformed into a modular unit able to control up to five brigade combat teams in time of war.

The changes weren&#8217;t slated for completion until 2007 under the Army Campaign Plan published by the Army, but the 8th U.S. Army and 2nd ID expedited the process, Maj. Gen. George A. Higgins, 2nd ID commander, said in March.

In recent months, 2nd ID has inactivated several units, including the Engineer Brigade, and transferred others to bases in the United States. At the same time, new units have been created, including the 1st Heavy Brigade Combat Team, Fires Brigade, Multi-Functional Aviation Brigade and Special Troops Battalion.

Col. Rock Donahue, the last Engineer Brigade commander, said the unit had operated as a &#8220;maneuver enhancement&#8221; brigade for the past six months in support of 2nd ID&#8217;s transformation.

The 44th Engineer Battalion, which was part of the brigade, left for Iraq with the 2nd Brigade Combat Team in August. In April, the 4th Chemical Company was reassigned to 2nd ID&#8217;s Brigade Troops Battalion. In May, the 50th moved to Fort Leonard Wood, Mo., and the 2nd MPs inactivated, Donahue said.

Company B, 2nd Engineer Battalion will inactivate later this year and the 82nd Engineer Company will return to the United States in the fall, he said.

One of the past year&#8217;s highlights was the Engineer Brigade&#8217;s support of Strike Force&#8217;s deployment to Iraq. According to Donahue, the engineers built a series of forward-operating bases at South Korean training areas used to prepare the troops for their desert mission.

He said the most significant achievement of his year in command was closing six camps in the Western Corridor: Gary Owen, Edwards, Howze, Stanton, Greaves and Giant, a process the Engineer Brigade oversaw.

Brig. Gen. Joseph E. Martz, 2nd Infantry Division assistant division commander (maneuver), said the process the brigade adopted was &#8220;the model we have used on this peninsula since to close camps.&#8221;