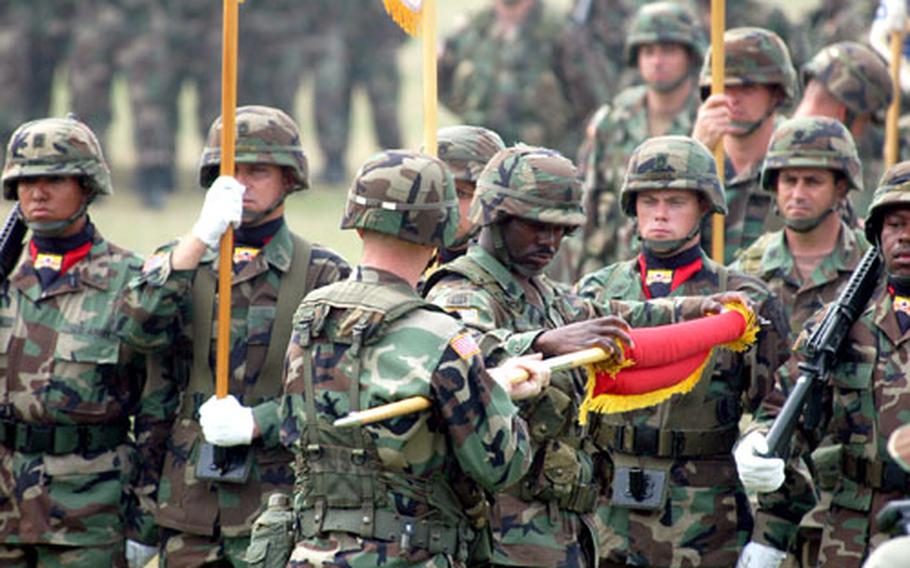 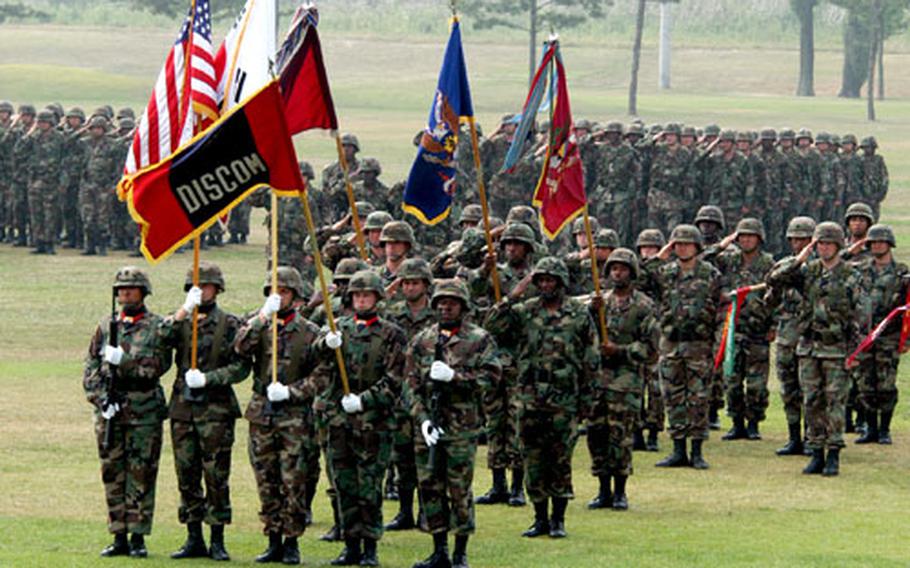 CAMP CASEY, South Korea &#8212; The 2nd Infantry Division Support Command has inactivated as part of a move that will see support functions pushed down to newly created brigades within the division.

Maj. Gen. George A. Higgins, 2nd ID commander, told soldiers from the &#8220;Wagonmasters&#8221; that the inactivation is their first step into the larger world of a transformed Army.

The Wagonmasters&#8217; mission was to provide combat service support such as maintenance, supply, transport and medical service to the division. Its units participated in both World Wars and the Korean War, officials said.

As part of 2nd ID&#8217;s transformation this year, the support command transferred command and control of several sub-units to newly formed brigades activated this month.

The support command, Higgins said, was &#8220;the most diverse major subordinate command in the 2nd Infantry Division.&#8221;

At peak strength the unit included more than 2,500 vehicles and 3,200 soldiers spread across 14 installations, he said.

&#8220;Everything 2nd ID has done has at some point been supported by one of our world-class DISCOM soldiers,&#8221; he said, citing support of 3,500-member 2nd Brigade Combat Team troops deploying to Iraq last year.

The unit also helped move division troops and equipment from bases in the Western Corridor and won awards for water purification, training and supply prowess, he said.

The Wagonmasters maintained &#8220;the highest aircraft and ground equipment readiness rates in the Army,&#8221; Higgins said.

Col. Richard J. Poole, Wagonmaster commander, said it was exciting to watch his soldiers move into other formations. The most challenging unit to integrate soldiers into was the Fires Brigade, he said.

&#8220;That involved forming two companies unique to the U.S. Army, the Materiel Retrograde Company and the Multi-Functional Support Company, as part of the 702nd,&#8221; he said.

The command&#8217;s brightly painted replica of a covered wagon that stood by the roadside near the entrance to Camp Casey also has found a new home. The replica now is at Camp Red Cloud&#8217;s 2nd ID Museum, where it is proving popular with young visitors, officials said.