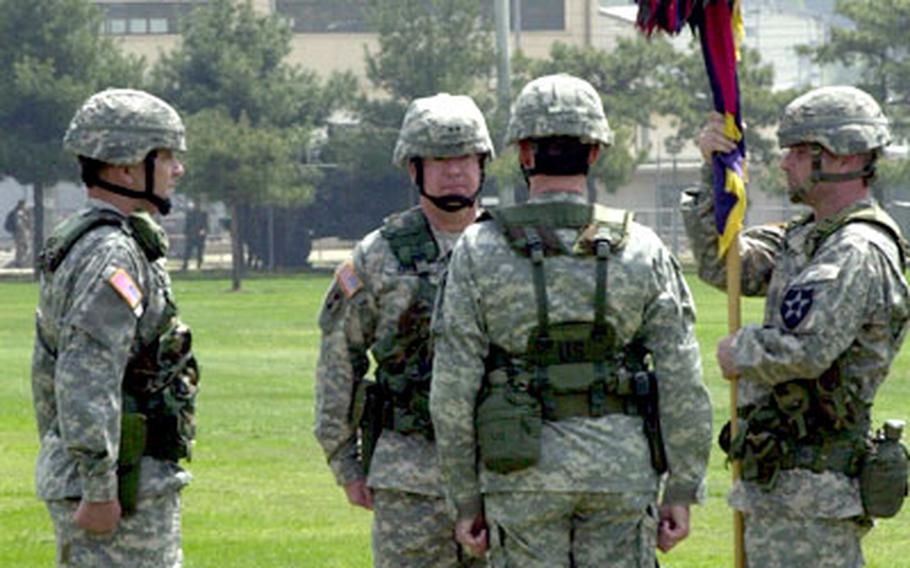 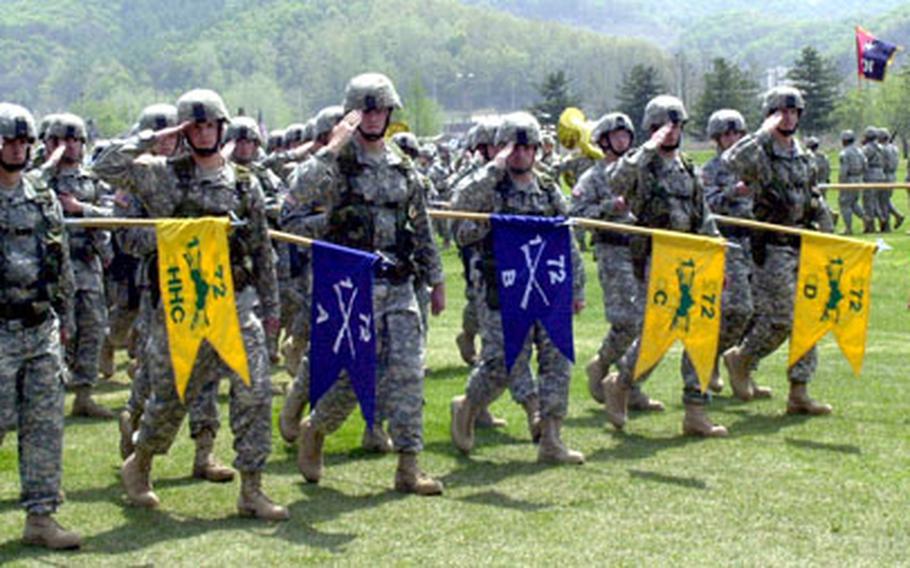 Coggin thanked the Army leadership for trusting him with the division command.

&#8220;We will provide quality training and equipment, competent and confident leadership and a vision and roadmap to the future,&#8221; Coggin said.

Coggin earned favorable &#8220;hooah&#8221; from several soldiers when he announced during his speech that Friday, a holiday for South Korean personnel, also would be considered a training holiday for 2nd ID soldiers.

Lt. Gen. David Valcourt introduced Higgins, who took over 2nd ID in 2004. He praised him for guiding 2nd ID through reorganization and overseeing the division&#8217;s deployment to Iraq.

He also credited Higgins for improving community relations that were damaged following the deaths of two South Korean girls killed by a military vehicle in June 2002 on Highway 56 north of Uijeongbu.

&#8220;A leader with a sensitive and masterful ability to mend fences and return trust and friendship was needed,&#8221; Valcourt said.

Higgins thanked the servicemembers under his command and his family for their support.

&#8220;We are grateful that we had the opportunity to serve in Korea and in this great division during a time of great transformation,&#8221; he said.

Higgins, who first enlisted in 1967, is a 1972 graduate of the U.S. Military Academy at West Point; Coggin, a 1974 West Point graduate, also previously served as 2nd ID assistant division commander for support.

In other 2nd ID command news, Brig. Gen. John D. Johnson has been named assistant division commander, according to an Army news release. Johnson currently is deputy director of strategy, plans and policy for the Army deputy chief of staff in Washington, D.C.