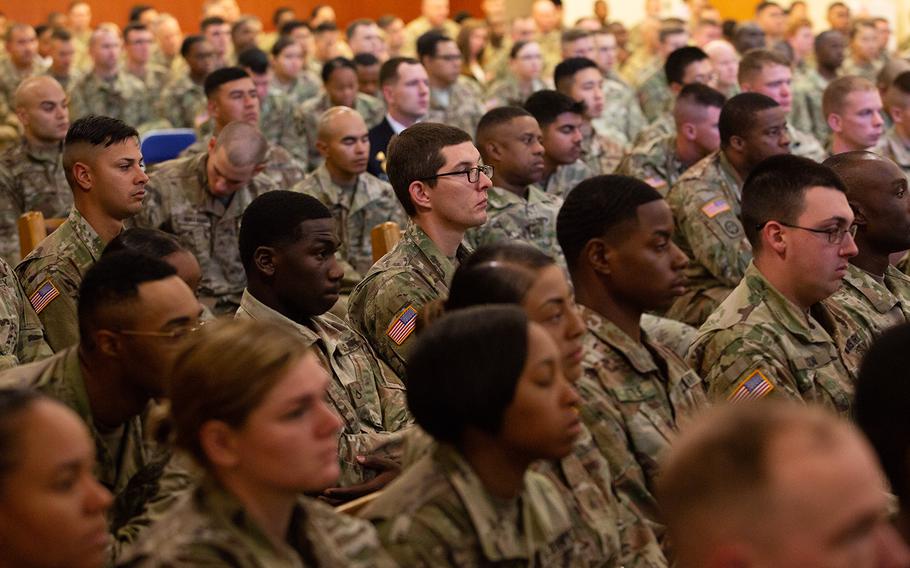 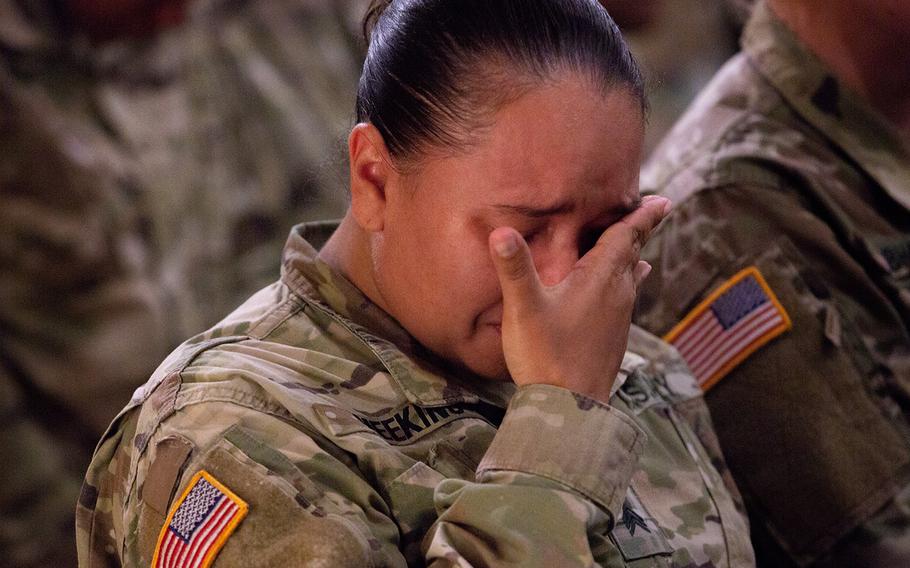 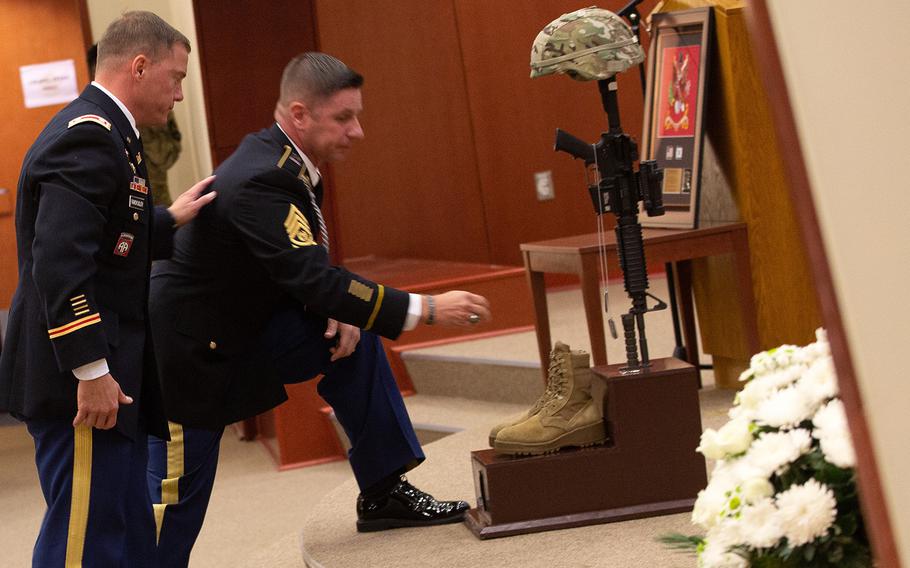 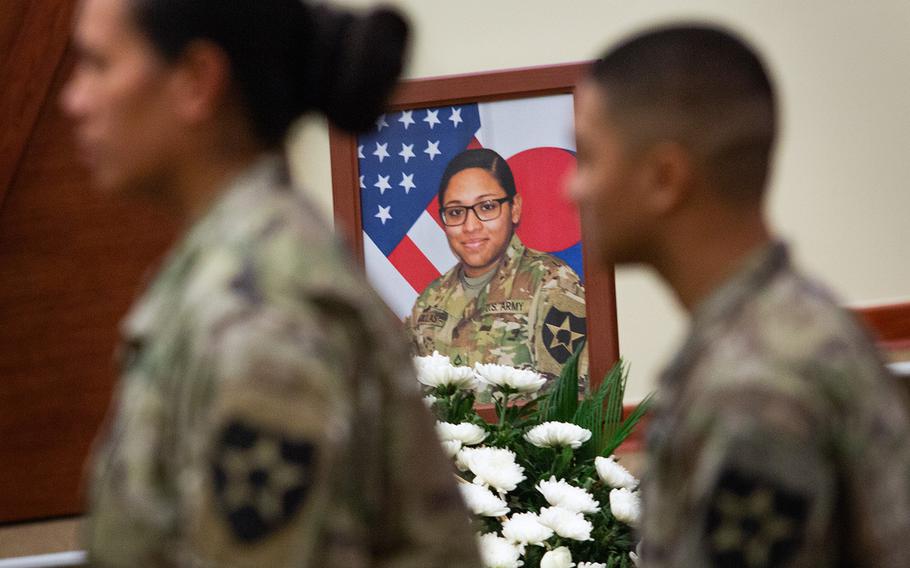 More than a hundred soldiers turned out to remember and honor Pfc. Adrienne Barillas during a service at Camp Humphreys’ Warrior Chapel. The 22-year-old from The Woodlands, Texas, was found unresponsive Sept. 23 on the sprawling base south of Seoul and later pronounced dead by emergency personnel. The cause has not been released.

“The investigation remains open and ongoing and the cause and manner of death are part of that continuing investigation,” said Christopher Grey, a spokesman for the Criminal Investigation Command.

Barillas was a water purification specialist when she arrived at the 11th Engineer Battalion, 2nd Combat Aviation Brigade late last year. She worked in the unit’s training room and served as the commander’s driver. South Korea was her first assignment in the Army.

Her commander, Capt. Ciara Cooper-Thomas, recalled troops bragging about Barillas’ cooking. The young soldier’s skills lived up to the hype during the unit’s organizational day, she said.

“She brought a crock pot of the best queso dip I’ve ever had,” Cooper-Thomas said.

She said the two bonded during a trip to training areas north of Humphreys.

“During our long drive on the road … she spoke with love and passion for her family back home, about preparing her native Belizean rice dishes and finally about attending the board and receiving her promotable status,” Cooper-Thomas said.

Barillas’ supervisor, Staff Sgt. Thomas Yannotti, said she told him she hated the cold when she arrived in South Korea.

He said Barillas’ dedication to her job and ability to bring out the best in her fellow soldiers impressed him. He also watched her fall in love with her husband, Pfc. Emmanuel Gardner, who served in the unit until this summer.

“I can still see her and Gardner running down the hill — her with big sunglasses on and a huge smile on her face,” Yannotti said. “That was a couple I loved seeing together.”

After Barillas’ name was read during a final roll call, a procession of soldiers lined up to salute her soldier’s cross — a rifle adorned with her boots, helmet and dog tag.

Her husband waited until the room cleared, then embraced Barillas’ uncle, John Lopez, before leaving a single white rose on her cross.