2nd ID soldier dies at Camp Humphreys; cause under investigation 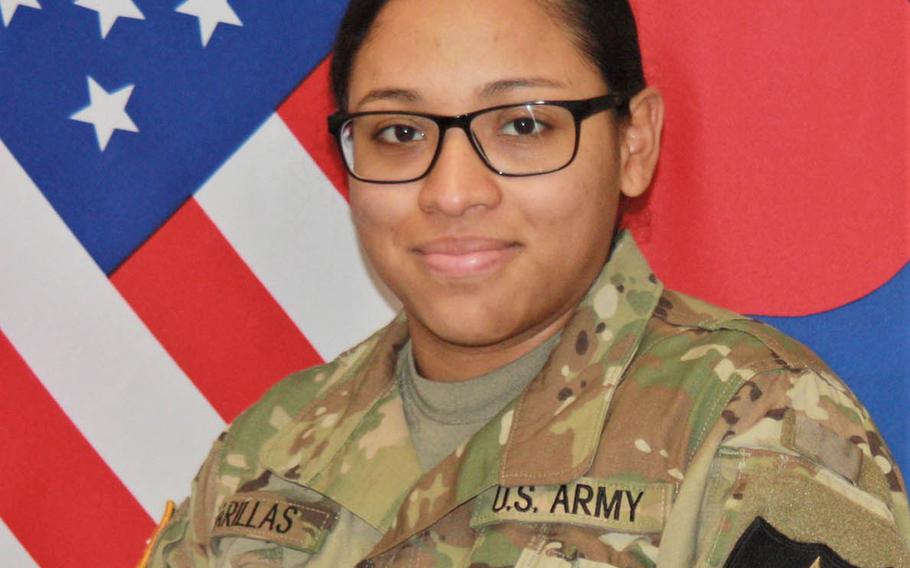 SEOUL, South Korea — The Army is investigating after a 2nd Infantry Division soldier was found dead at Camp Humphreys earlier this week.

Pfc. Adrienne Barillas, 22, of The Woodlands, Texas, had been assigned to the 11th Combat Engineer Battalion, 2nd Combat Aviation Brigade at the base since November 2017.

Barillas — who had earned the Army Achievement Medal, National Defense Service Medal and Army Service Ribbon — was found unresponsive Sunday and was pronounced dead by emergency personnel, the statement said.

It didn’t give more details, saying the circumstances surrounding her death were being investigated by Criminal Investigation Command.

She arrived in South Korea about six months after joining the military as a water treatment specialist, according to a statement from the 2nd ID public affairs office.

“Pfc. Barillas was a Warrior and a valued member of our team. We mourn her loss and pray for the comfort of her family and loved ones at this difficult time,” said Lt. Col. Chad Ramskugler, the battalion commander.

Camp Humphreys has become the main U.S. military base in South Korea since U.S. Forces Korea and the Eighth Army moved their headquarters there as part of a long-planned relocation of most troops to areas south of Seoul.

The 2nd ID headquarters is expected to move to Humphreys from its longtime home near the front lines at Camp Red Cloud later this year, although many units already have relocated.

Some 28,500 U.S. servicemembers are based in South Korea, which technically remains at war with the North since their 1950-53 conflict ended in an armistice instead of a peace treaty.