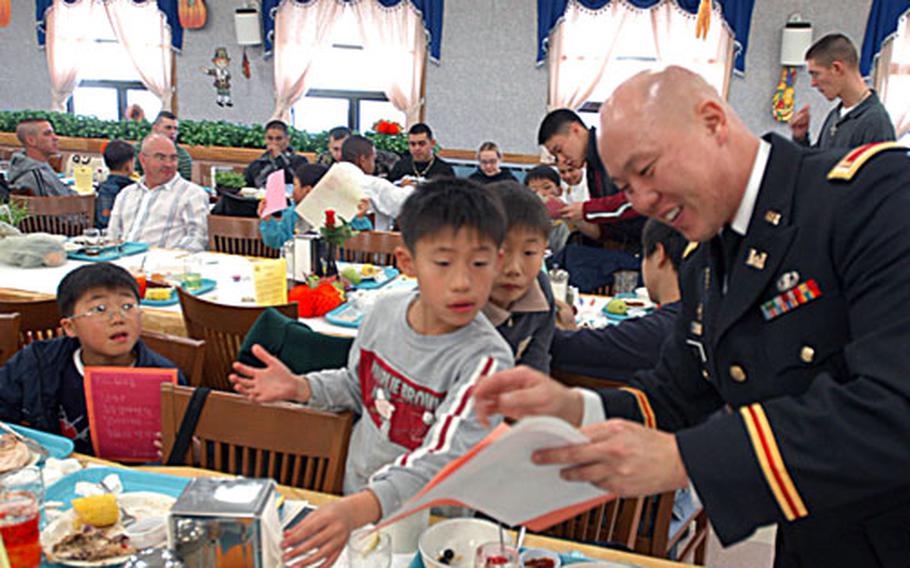 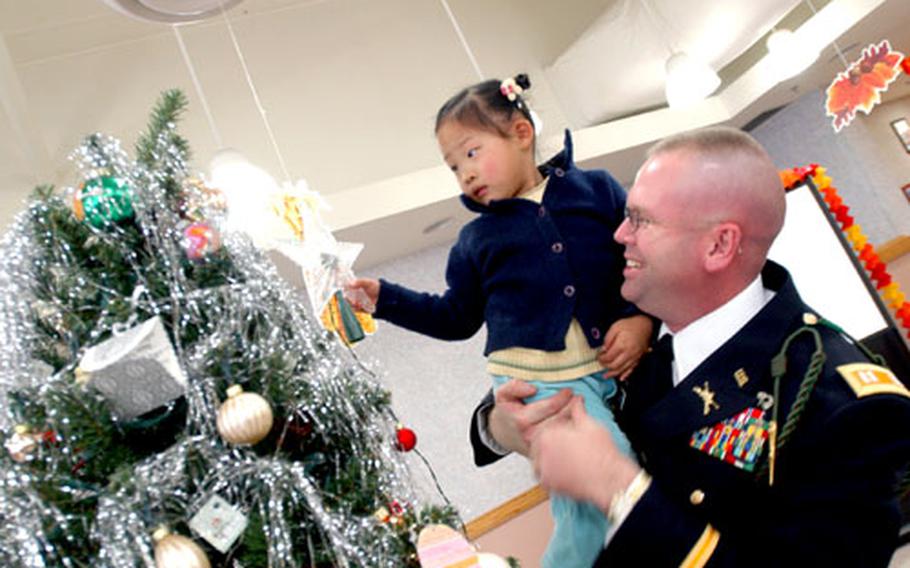 CAMP HOVEY, South Korea &#8212; Orphans from Dongducheon got a taste of holiday fun here Thursday at a Thanksgiving feast served up by 2nd Infantry Division soldiers.

Rose, 34, who was born in South Korea but raised by adoptive relatives in New York City, said he felt a special bond with the My Home kids.

&#8220;My parents both passed away when I was a child. My aunt was married to a GI and she adopted me,&#8221; explained Rose, who grew up speaking English but studied Korean in college.

After graduating, he worked five years for an advertising agency in South Korea to hone his language skills before joining the Army five years ago. South Korea is his first overseas tour, he said.

Soldiers with his unit visit My Home regularly to play with the orphans there, he said.

&#8220;The first time I went out there to interact with the kids, because I could speak Korean I was able to really communicate and bond with them,&#8221; Rose said.

At the Thanksgiving feast, Rose stood at the front of the dining hall with a microphone speaking to soldiers in English and to the children in Korean. The youngsters seemed to enjoy their turkey, stuffing and corn on the cob.

Soon he was passing out Thanksgiving cards to the children.

&#8220;The Foreign Language High School at Dongducheon created Thanksgiving cards in Korean for the children to let them know they have a big brother or sister looking out for them who cares for them,&#8221; he said. &#8220;We wanted to get them to understand what Americans do in terms of celebrating Thanksgiving.&#8221;

Other highlights of the feast included trimming a large Christmas tree at the front of the dining hall and interacting with cavalry troops sporting their traditional cowboy hats.