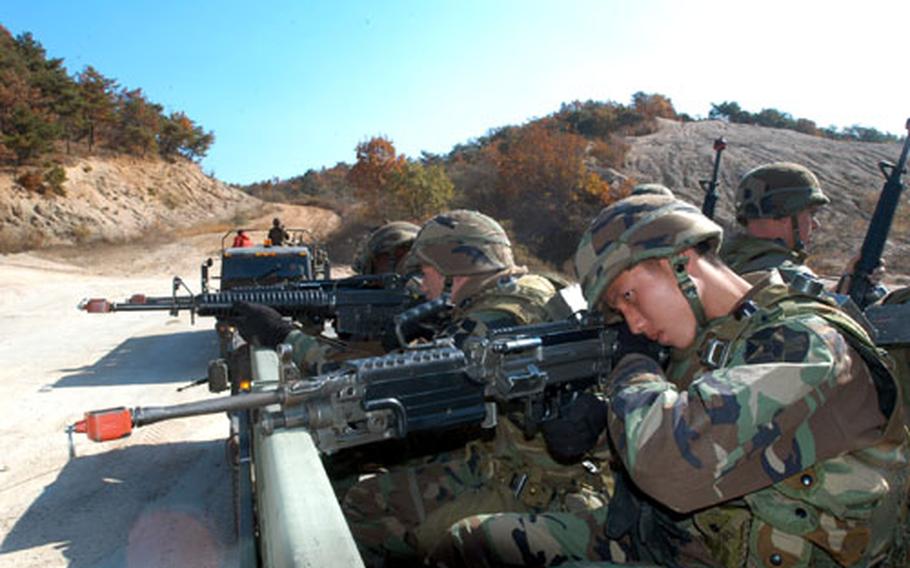 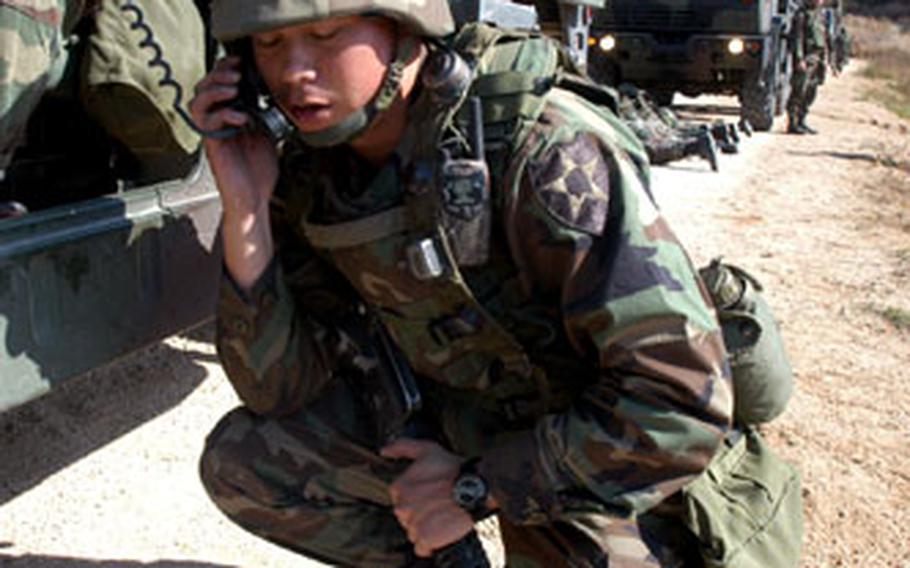 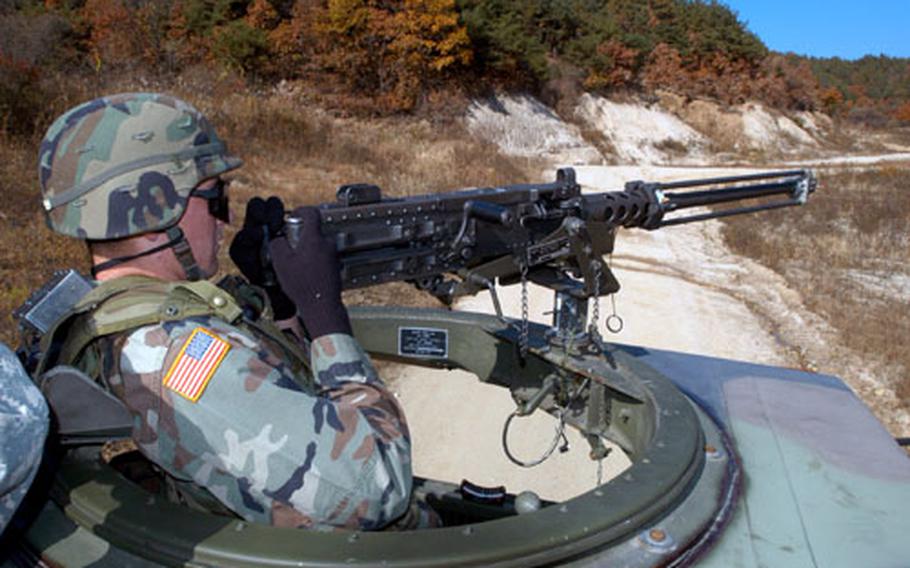 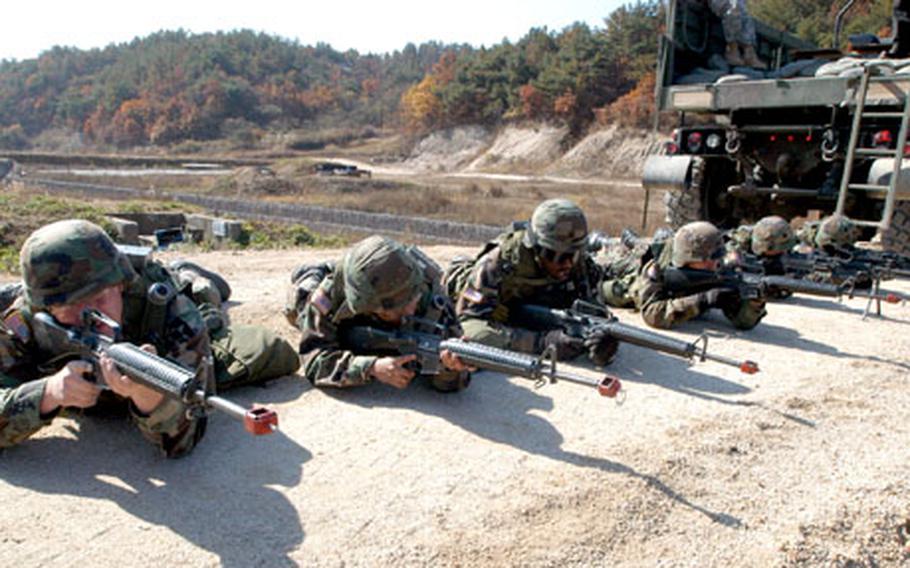 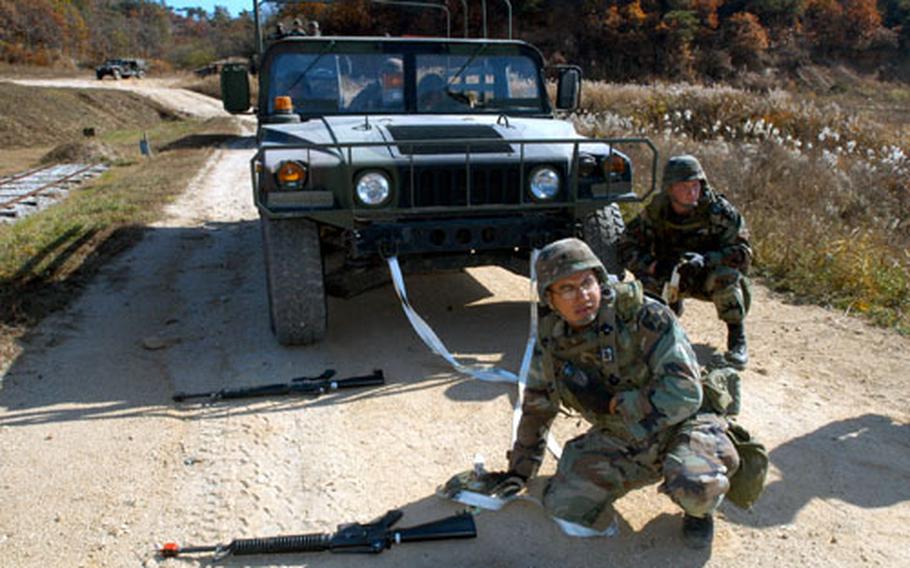 &#8220;Soldiers have slowly trickled in and in the past month and a half we have been working up to this (live-fire convoy training). We are a supply and transport platoon. This is our mission,&#8221; he said.

On Monday the platoon completed a &#8220;dry-run&#8221; on the range. The unit, equipped with laser training gear, convoyed across the range in Light Medium Tactical Vehicles and Humvees.

The training scenario included small-arms attacks on the convoy from both sides, a &#8220;main supply route&#8221; blocked by an unexploded improvised explosive device &#8212; IED &#8212; and climaxed with an IED hit on a Humvee.

When the device &#8220;exploded,&#8221; Pvt. Dawn Adams, 21, of Muncie, Ind., lept off of the vehicle she was in and took cover on the ground, providing security with other soldiers.

Adams said she was ready to do the same thing for real if ever deployed to a war zone.

&#8220;Once they told us there was a man down, my job was to go in and assess the casualty. They had one dead person and a gunshot leg wound. While I applied a tourniquet, I said it was urgent and they called in a medevac,&#8221; he explained.

Meanwhile other soldiers hitched the damaged Humvee to another vehicle and the convoy moved away from the danger zone to a rally point where the injured soldier could be loaded onto a medevac helicopter.

Fawcett said 602nd soldiers do live-fire convoy training three times a year and last did it in July.