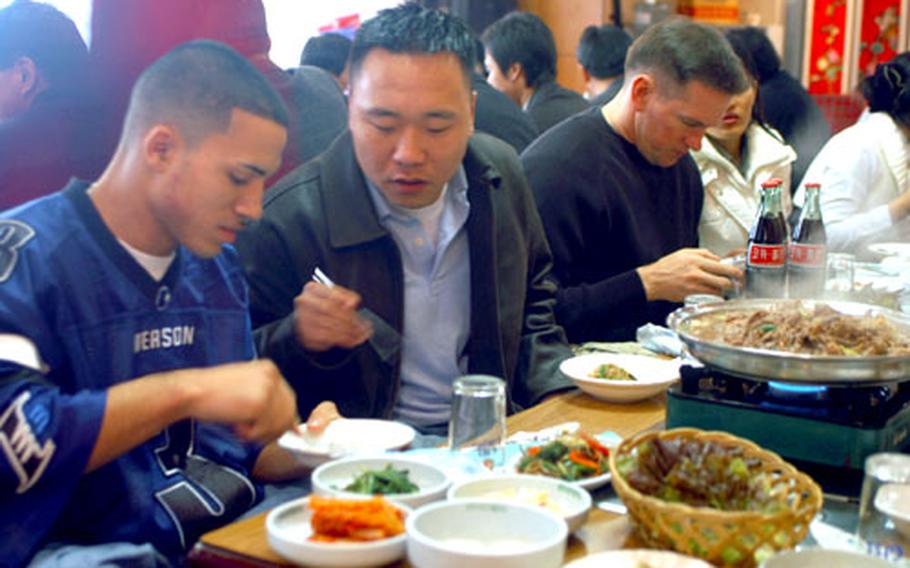 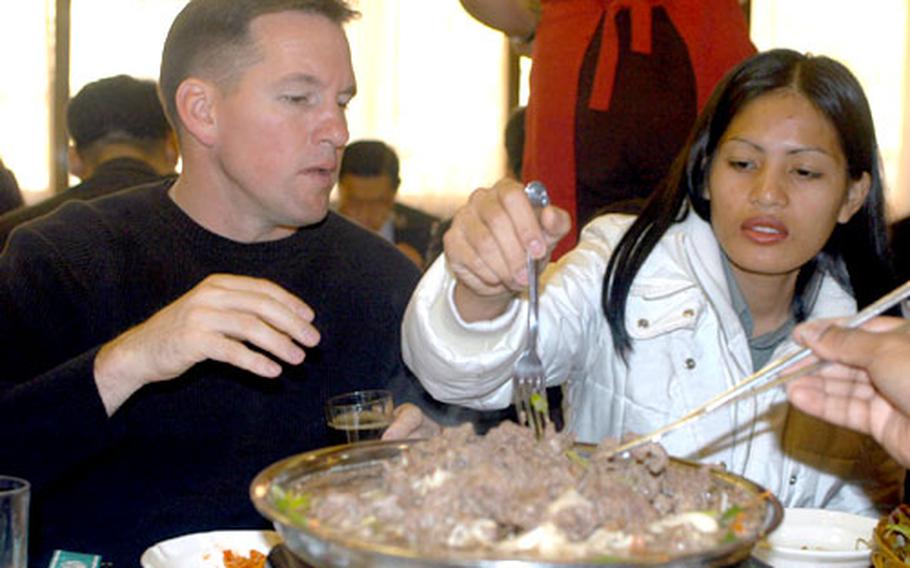 &#8220;It is going to make our soldiers better neighbors and it will strengthen the alliance,&#8221; he said.

Newcomers will receive classes on Korean history and customs and watch a video called &#8220;Cache Capsida (Let&#8217;s Go Together),&#8221; supplied by Gyeonggi Province, the South Korean local government body responsible for the area where 2nd ID operates, he said.

The newcomers will use their phrase books during a cultural tour to include a visit to Soyosan Peace Museum and lunch at a Korean restaurant in Tongduchoen, he said.

They will meet members of the Tongduchoen mayoral staff and representatives of Gyeonggi Province and get information about recreational trips available to soldiers in South Korea, including overseas trips to China and Thailand, he said.

The newly arrived soldiers also will get all of the information given in the old newcomers&#8217; briefings, including a class on the history of the 2nd ID, testing on the division&#8217;s rule book, financial advice, a warning about alcohol and drug abuse, information about malaria prevention, and a briefing about how to recognize and report human trafficking and prostitution. They also will be inoculated against various diseases and issued equipment, Anderson said.

The expanded newcomers&#8217; program will not result in less regular training for soldiers in South Korea, he added.

The Warrior Replacement Center has been improved with new audio-visual capabilities, and Maj. Gen. George A. Higgins, 2nd ID commanding general, will address each group of newcomers in a video, Anderson said.

&#8220;Our goal is that when a soldier leaves 2nd ID, they are proud of their contribution, and we want them to understand and appreciate the Korean culture,&#8221; he said.

Soldiers attending the last of the old newcomers&#8217; orientations last month appeared to relish the program&#8217;s Korean cultural component as they ate lunch at a restaurant in the South Korean city of Uijongbu.

Pvt. Gary Beniquez, 18, of Boston, bound for Headquarters Headquarters Company, Area I, was on his first overseas trip. The South Korean food served at the lunch was delicious, he said between mouthfuls of kimchi, South Korea&#8217;s national spicy cabbage dish.

South Korea was nothing like the place described to him by friends in the United States, he said.

At the newcomers briefing, the young soldier heard about fun activities that he could participate in during his tour, he said.

&#8220;There are tours and skiing. I have only been skiing once but I am planning to go in Korea,&#8221; said Beniquez, who also planned to visit the War Museum at Yongsan and explore Seoul.