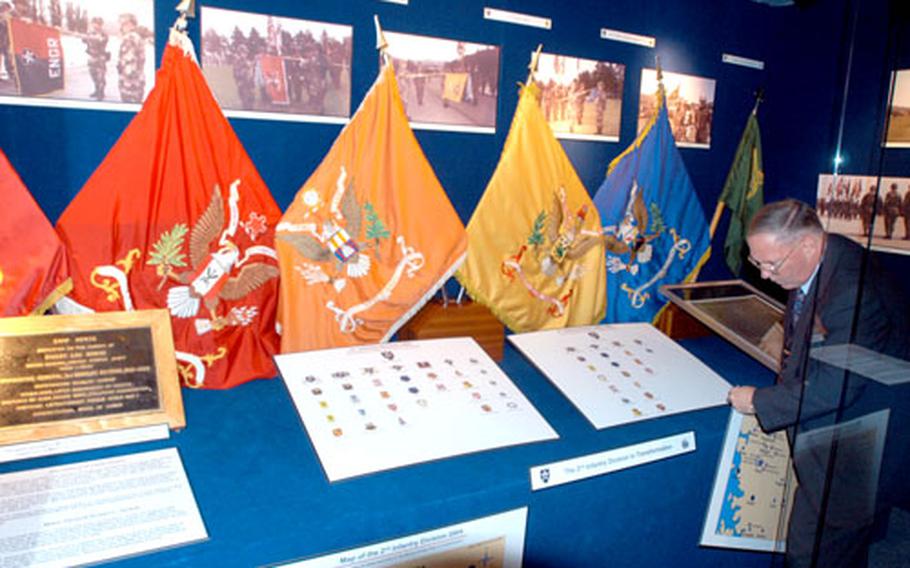 It also includes photographs from the units&#8217; inactivation ceremonies, held earlier this year.

Alexander said transformation of the Army in South Korea is nothing new.

&#8220;The Army has been transforming since 1775,&#8221; he said last week, noting that 2nd ID&#8217;s home in Area I once was home to the 7th Infantry Division, which left in 1971. And numerous units that served here during the Korean War included the 1st Marine Division, 24th Infantry Division and 1st Cavalry Division.

The new museum display shows the insignia of the units that recently left 2nd ID, including the inactivated units and units from the 2nd Brigade Combat Team that deployed to Iraq last year and this year became stationed in Fort Carson, Colo.

It also features maps comparing 2nd ID bases to the division&#8217;s footprint in 2004, which included six recently closed Western Corridor bases as well as Camp Page and several other facilities that closed this year.