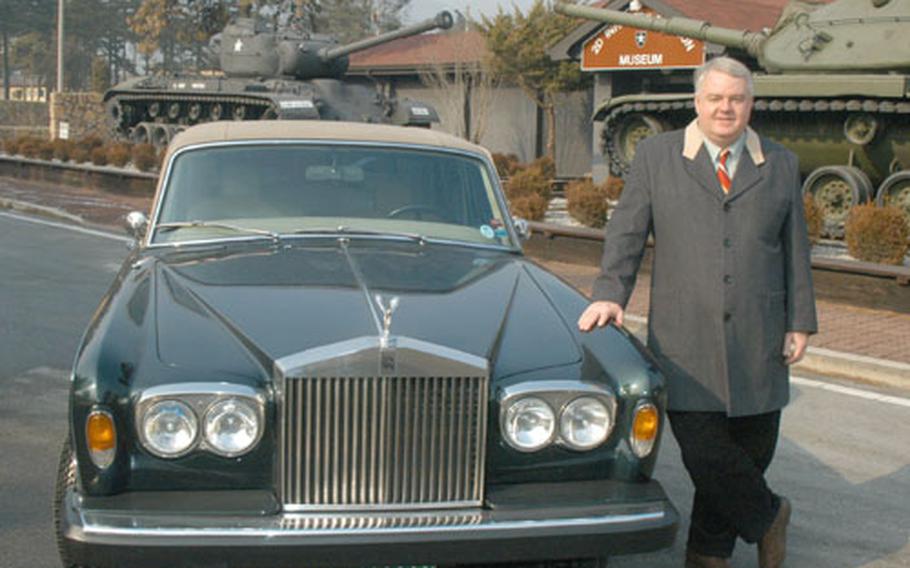 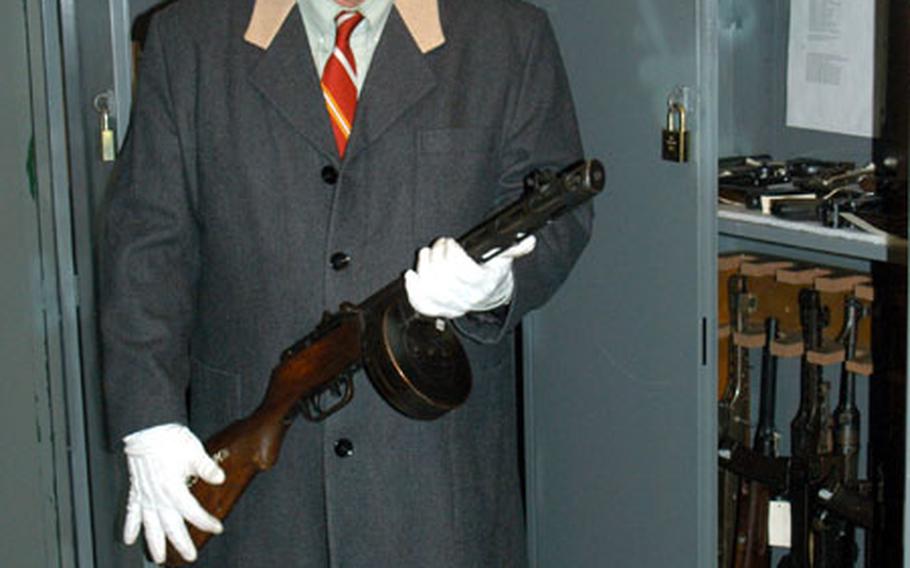 CAMP RED CLOUD, South Korea &#8212; Robert Kim Combs can tell you a story about each of the more than 1,200 objects in the 2nd Infantry Division Museum.

As museum director, Combs spends much of his time researching the history behind the objects so he can regale visitors with rip-roaring tales of how they came to be in his care.

&#8220;When I was 11 years old I decided to be a museum curator. I collected things like seashells and rocks and amassed one of the world&#8217;s largest collections of tangerine cans,&#8221; recalled Combs, who abandoned the can collection in 12th grade and now collects three-dimensional sub-Saharan African art.

His first museum job was at the San Mateo County Museum in California.

From there he had stints at the Smithsonian Museum in Washington and the San Francisco Fine Arts Museum, where his duties included managing the King Tut exhibit.

When San Francisco&#8217;s Presidio Army Museum offered him a job in 1979, Combs accepted, but it was a radical move for somebody brought up among hippies and peaceniks.

&#8220;During the Vietnam War, as a child growing up in San Francisco Bay area, the Army was not a viable social option. We protested about everything &#8212; oil spills, the environment, racism and, of course, the war. As 16-year-olds, we thought we were changing the world,&#8221; he said.

The Presidio job led to an opportunity to run four museums at Fort Leonard Wood, Mo., devoted to engineers, military police, the Chemical Corps and the fort itself.

Combs first came to South Korea on temporary duty in 1994 to move the 2ID Museum from Camp Casey to Camp Red Cloud.

He returned to Missouri but decided to call South Korea home in 2001.

He relished the chance to be part of the Korean War 50th Anniversary commemorations.

&#8220;There were a lot of special programs, exhibits, battlefield tours, lectures and historical seminars. Hundreds of veterans came through the 2ID Museum and we met a lot of French and Australian veterans,&#8221; he recalled.

The stout grandfather, who dresses as Santa to entertain children at Red Cloud each Christmas, often arrives at work driving a Rolls Royce Silver Shadow. He&#8217;s been restoring old cars since buying a Model T Ford at age 15.

Combs has plans for an even more distinctive vehicle &#8212; a 1916 American la France fire engine he wants to bring to South Korea and convert to a &#8220;speedster&#8221; racing car with the help of the Samsung Car Museum.

His routine at the museum involves school visits and lecturing different military units who come through.

The tours are geared toward the visitors, and Combs researches the history of the relevant units beforehand.

The 2nd Infantry Division&#8217;s history dates back to 1917, when it was formed in France during World War I, he said. However, elements of the division have even longer histories.

The 9th Infantry Regiment, which was formed in 1789, is the oldest unit in the division. Another very old 2ID unit, the 4-7th Cavalry Regiment, was wiped out with General Custer at the Battle of Little Bighorn in 1876, Combs said.

The most valuable object in the museum collection &#8212; the $2.5 million Liscum Bowl &#8212; is named for 9th Infantry Regiment Commander Col. Emerson C. Liscum, killed in 1900 at the battle of Tien Tsin during the Boxer Rebellion.

The Chinese government gave the regiment 90 pounds of silver that was made into the bowl by a silversmith in Yokohama, Japan, in 1901, Combs said.

Dozens of antique firearms and other weapons are kept in a secure vault at the museum.

Among them are Chinese weapons such as a PPSH submachine gun used in the battle of Kunu-ri in November 1950, when the division was overrun.

Other objects in the museum, such as a fur-lined Chinese winter hat recovered from the battlefield at Chip Yong-ni, commemorate the division&#8217;s greatest victory in February 1951, when 5,000 23rd Infantry Regimental Combat Team soldiers held out against six Chinese divisions of more than 60,000 men.

The victory, the first for U.N. forces after the Chinese entered the war, was enough to persuade Gen. Douglas MacArthur not to use 52 atomic bombs stockpiled on Guam to stem the Chinese advance, Combs said.

His favorite object in the collection is the late North Korean dictator Kim Il Sung&#8217;s flag, taken when the division entered Pyongyang in October 1950. It&#8217;s on display next to a photo of that division&#8217;s Col. Foster, sitting in Kim&#8217;s office beneath a large portrait of Joseph Stalin.

The goal of a good museum curator, Combs said, is to keep such objects in a state that they will last 300 years.

Curatorial abuse and neglect are the most common ways museum pieces are destroyed, he said.

&#8220;Curatorial abuse could include inappropriately mounting an object such as [hanging] a flag by stapling it to a wall,&#8221; he said.

&#8220;You are penetrating the flag and stressing it. That is not proper curatorial technique.&#8221;

There are 67 U.S. Army museums and each division has a museum, but the 2ID Museum is the only one in East Asia, he said.

The museum exists to preserve the division&#8217;s historical collection and provide educational programs to soldiers, their families and the community. Most of its visitors are active-duty soldiers.