2nd ID mascots due for a fixin' 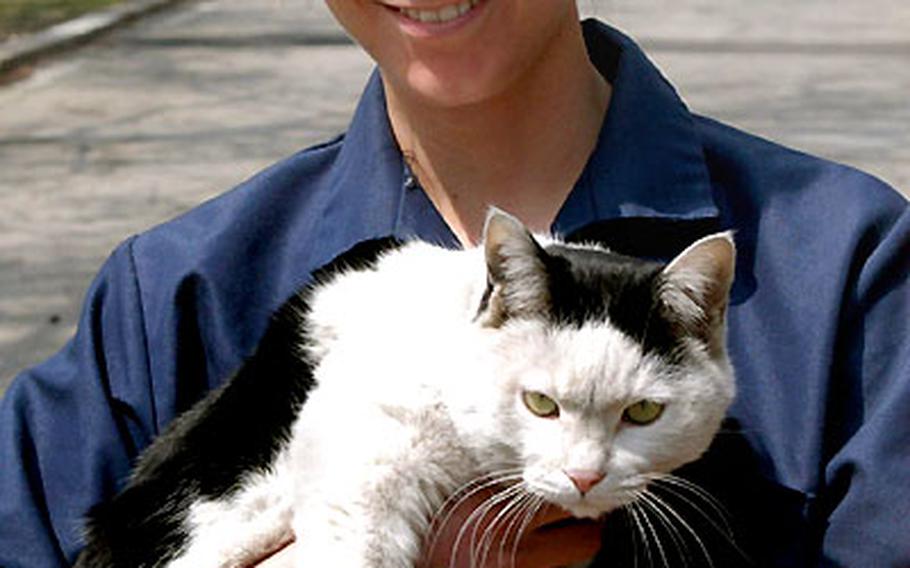 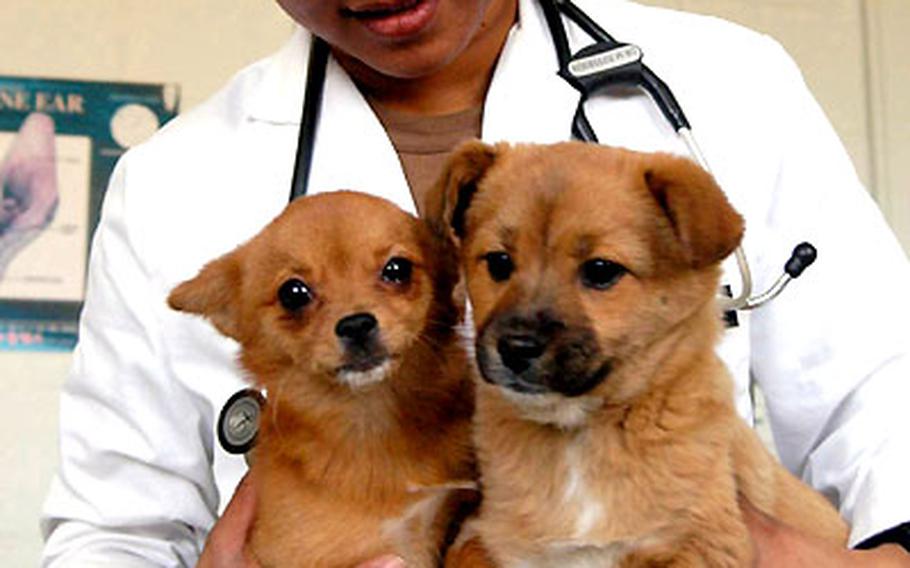 CAMP RED CLOUD, South Korea &#8212; The bell is tolling for up to 20 2nd Infantry Division mascots, all candidates to be neutered or spayed during this week&#8217;s SurgEx veterinary surgery exercise.

Area I veterinarian Capt. Michelle Jefferson hopes to neuter or spay as many mascots as possible during the exercise, which runs from May 20 to 27.

&#8220;We have 43 mascots in Area I. Our goal is to neuter or spay all of them,&#8221; said Jefferson, who already neutered or spayed 10 2nd ID mascots and numerous personally owned animals during a veterinary surgery exercise earlier this year.

Un-spayed female mascots are at risk of becoming pregnant, while un-neutered male mascots could add to the large population of stray dogs in Area I, Jefferson said. All but one of the U.S. military mascots in Area I is a dog, she said.

Mascots play a vital role in maintaining morale among soldiers away from their families for up to a year, said Jefferson, who can relate to soldiers&#8217; feelings. The part-Filipino animal lover looked after her parents&#8217; German shepherds as a child and owns her own dog, which she adopted at veterinary school.

Dogs are not called man&#8217;s best friend for nothing, Jefferson said.

Soldiers look after unit mascots, take them into the field and compete with other units to see whose mascot is the toughest in terms of size and behavior, Jefferson said.

The largest mascot she cares for is the Area I mascot, a St. Bernard named Chance.

All mascots in Area I are micro-chipped in case they get lost. That is important in a country in which locals still occasionally eat dogs, Jefferson said.

&#8220;It jumped out of the carrier and we had people running after the dog, which had a stray running after it as well. It took them an hour to recover it,&#8221; Jefferson said.

During the same exercise, a personally owned cat also tried to make a break for it but was caught by a diving soldier as it squirmed under a tent wall, she said.

The black and white cat arrived at Camp Red Cloud three years ago as an injured stray. He was treated by the previous Area I veterinarian, Capt. Brianna Skinner, and now wanders freely around the base.

&#8220;He loves drinking out of the sink and gets on well with other animals. His favorite food is canned tuna and he loves sleeping in people&#8217;s laps,&#8221; Holub said.

The only other animals in Area I on official U.S. military duty are four military working dogs skilled in sniffing out bombs and drugs or patrolling at Camp Casey.

Jefferson said she will be working with the military working dogs&#8217; handlers during next month&#8217;s exercise, giving them information on doggy first-aid.

&#8220;The handlers are the first responders to the military working dogs in their kennels before they bring them here or if they are at war,&#8221; she said.