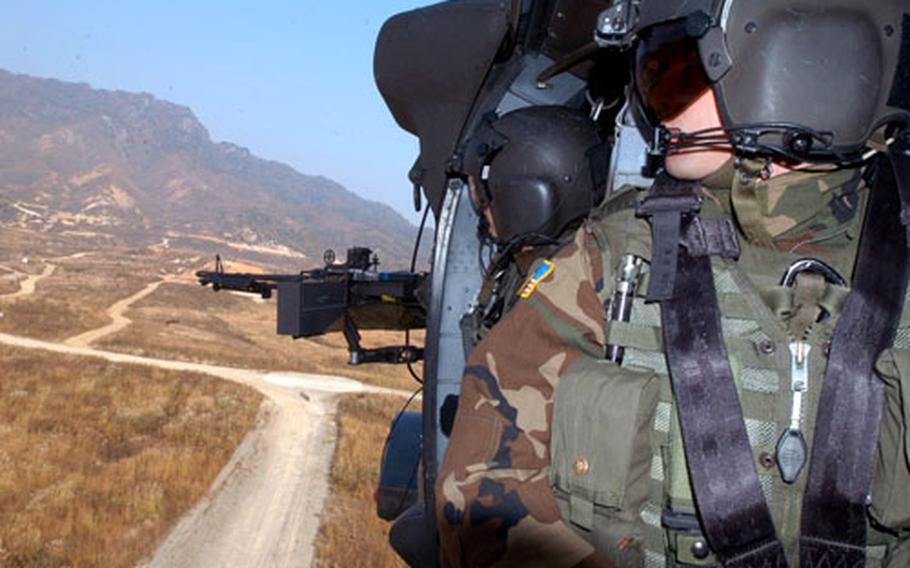 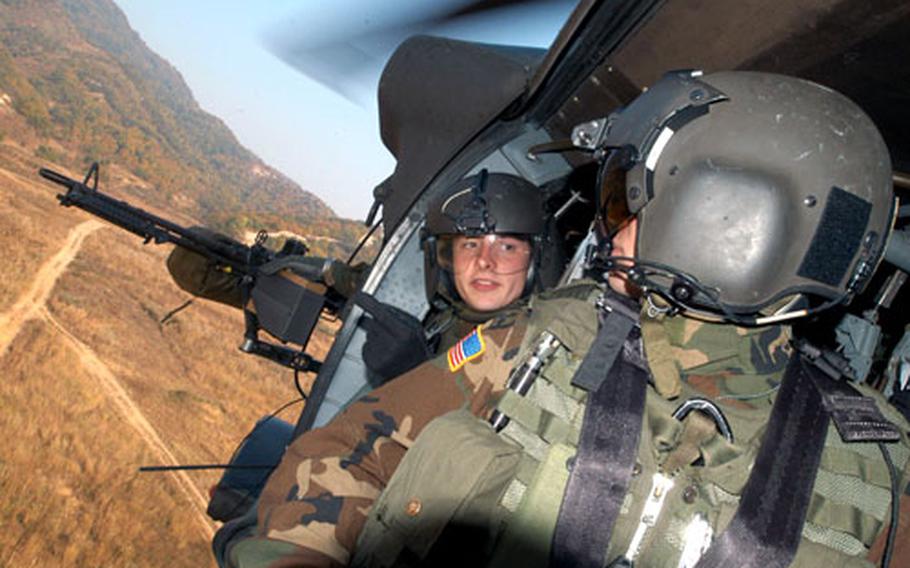 A 2-2 soldier hangs out the door of a Black Hawk helicopter. ()

The Black Hawks were equipped with door-mounted M-60 7.62 mm machine guns, which are used to engage stationary and moving targets at distances between 100 to 300 yards.

Each soldier fired 400 rounds, shooting at targets while the Black Hawk was on the ground, while it hovered and finally with the craft on the move.

When a Black Hawk lands at a hot LZ &#8212; a landing zone where the enemy is close at hand &#8212; door gunners lay down suppressing fire, he said.

Gunners must fire the weapon once a year to stay qualified but do so about once every six months in South Korea.

During the training gunners can fire 30 rounds at each target and have to hit it twice, Ripley said.

&#8220;They just take off the front hand rest and put a different trigger on the back (before mounting them on helicopters),&#8221; he said.

The Black Hawk can be configured to fire rockets and it can have door or wing-mounted &#8220;mini&#8221; (Gatling) guns. However, the M-60 is its main weapon, Bryan said.

&#8220;There are lots of rockets out there, including laser-guided and heat-seeking. The laser-guided are the hardest to get away from. Rocket-propelled grenades are another threat.

The guns can suppress the enemy while the pilot takes evasive action, which might include changes in altitude, airspeed and direction, he said.

However, during the door gunnery training pilots fly a set route, Bryan said.

&#8220;It is simple up and down route to align them with the different targets. It is up to the guys in the back to make sure they shoot at the right things. All I have to do it get them to the target. If I see a target I let them know where it is and then fly a route,&#8221; he said.