2nd ID GIs get schooled in preparing equipment for airlifts 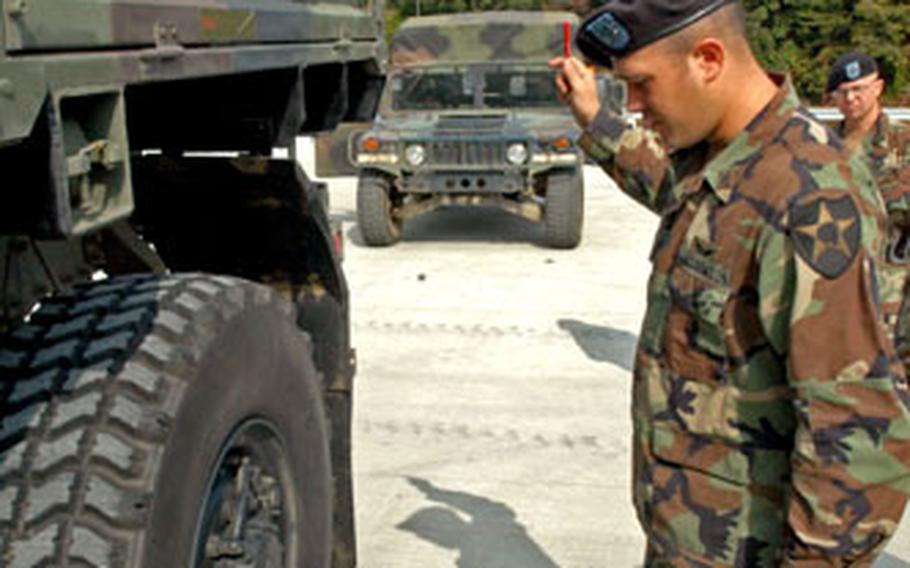 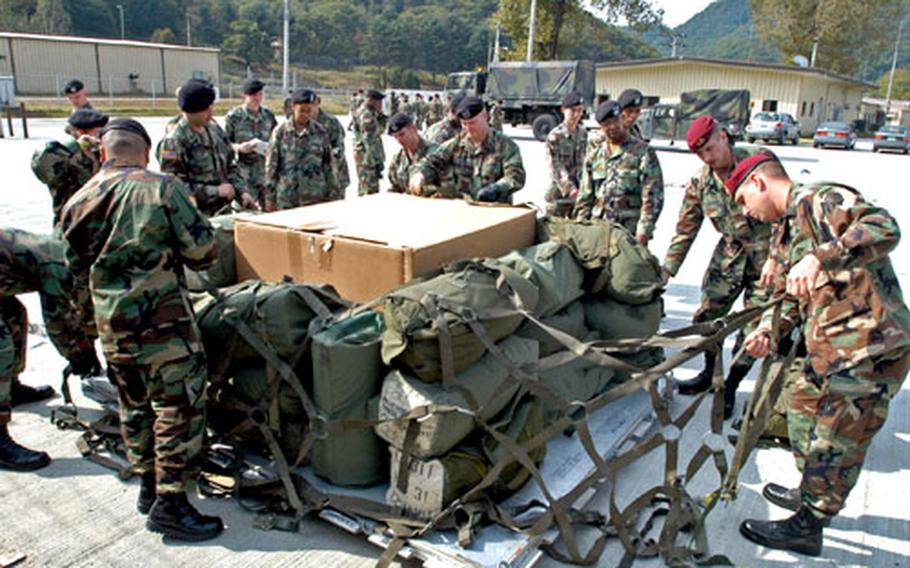 CAMP CASEY, South Korea &#8212; U.S. Air Force instructors are in Warrior Country this week teaching soldiers how to prepare vehicles and equipment for airlifts &#8212; skills that will help speed any future deployment by units from the peninsula.

Air Force loadmaster Staff Sgt. Brian Means, from the Affiliations Program at Travis Air Force Base, Calif., was one of two instructors working with 40 soldiers from each 2nd Infantry Division battalion and a few from outside the division at Camp Casey on Thursday.

&#8220;We are teaching them load planning and equipment preparation so they can help get themselves out of town in an expeditious manner without using Air Force work groups,&#8221; Means said. &#8220;When we show up with an airplane, if the unit knows how to properly prepare the cargo, you won&#8217;t have delays.&#8221;

Virtually any kind of military equipment can be airlifted, he said, including tanks, helicopters, light medium tactical vehicles, armored personnel carriers and Humvees.

In 15 years of loading cargo on Air Force planes, including participating in the Gulf War, Means has loaded some strange items, such as cargo for the space shuttle and a presidential limousine.

Part of the training in South Korea involved preparing vehicles for airlift by weighing them and establishing their centers of gravity. Soldiers practiced on a pair of Humvees and an LMTV, placing small hand-held scales under two wheels at a time, then marking each vehicle&#8217;s center of gravity with tape.

&#8220;I weigh my vehicle every time I PCS (make a permanent change of station),&#8221; he noted, adding that he had weighed his GMC Sonoma pickup truck and a Plymouth Grand Voyager van during previous moves with the Army.

During another part of the training soldiers were instructed on the correct way to load a pallet, as well as recognizing damaged pallets, and the use of straps instead of nets to secure cargo.

Second Lt. Paul Chun, 23, of Los Angeles, said trainees also were instructed on the types of aircraft &#8212; C-5s, C-17s and C-140s &#8212; in which their equipment is likely to be loaded. Chun is with 2nd ID Headquarters Headquarters Battery, Fires Brigade.

It was important for someone in his unit to know how to prepare equipment for airlift, he said.

However, a 2nd ID public affairs officer said there are no plans to deploy the division off the peninsula.