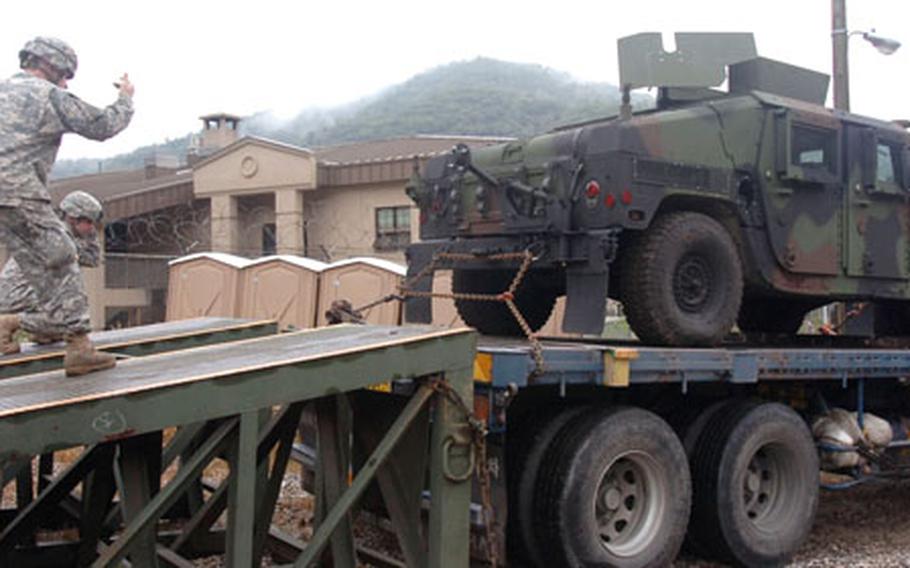 SEOUL &#8212; Sixty-one up-armored Humvees were delivered to the 2nd Infantry Division last week, the first of approximately 170 that will be distributed to U.S. Forces Korea troops in coming weeks.

The vehicles, which arrived in South Korea in August, will replace an aging fleet of Humvees that debuted in the mid- to late-1980s and are being phased out, according to Maj. Shane Cuellar, division G4 systems chief.

USFK requested the vehicles about four years ago to replace Humvees shipped to the Middle East, a USFK spokesman told Stripes in March. The arrival of the equipment was delayed because new Humvees had been going to troops in Iraq and Afghanistan.

Former USFK commander Gen. B.B. Bell told a congressional committee on March 11 that he was concerned about his command&#8217;s lack of up-armored vehicles and had asked the Army to expedite their delivery.

"Given the experience that we&#8217;ve had in Afghanistan and Iraq and knowing the special operating force capability in North Korea, I want all of my wheel vehicles to be up-armored on the peninsula, and that has not taken place yet," he said.

Bell told the committee that without the vehicles, USFK&#8217;s air and ground forces are not as protected as he would like them to be.