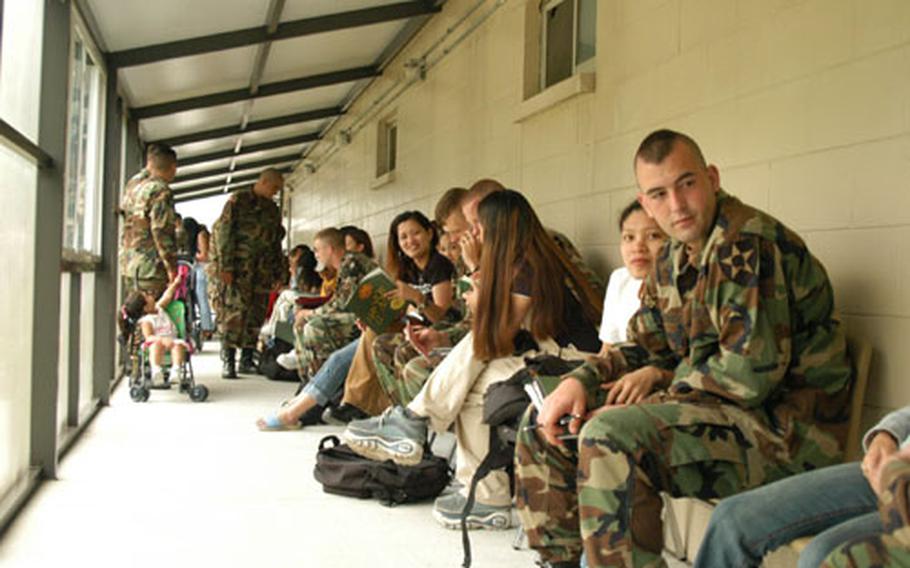 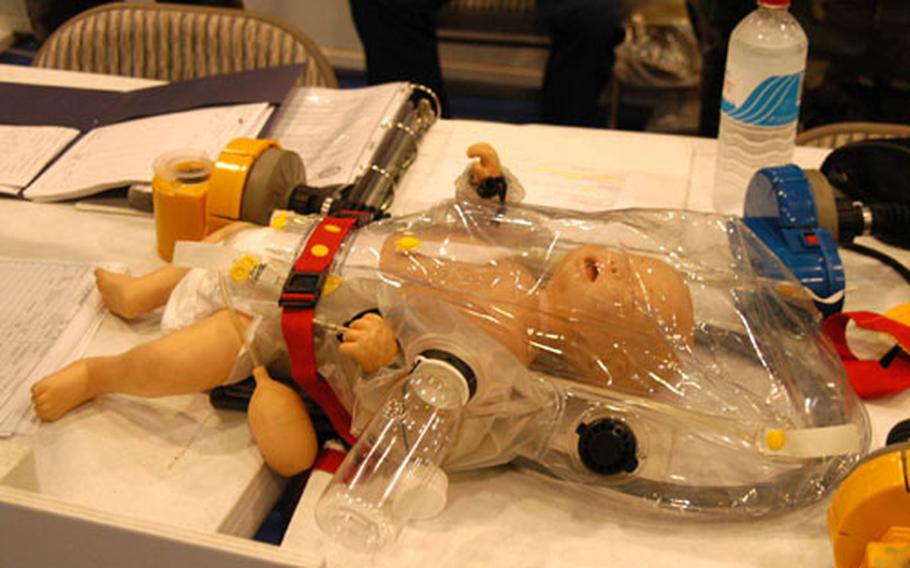 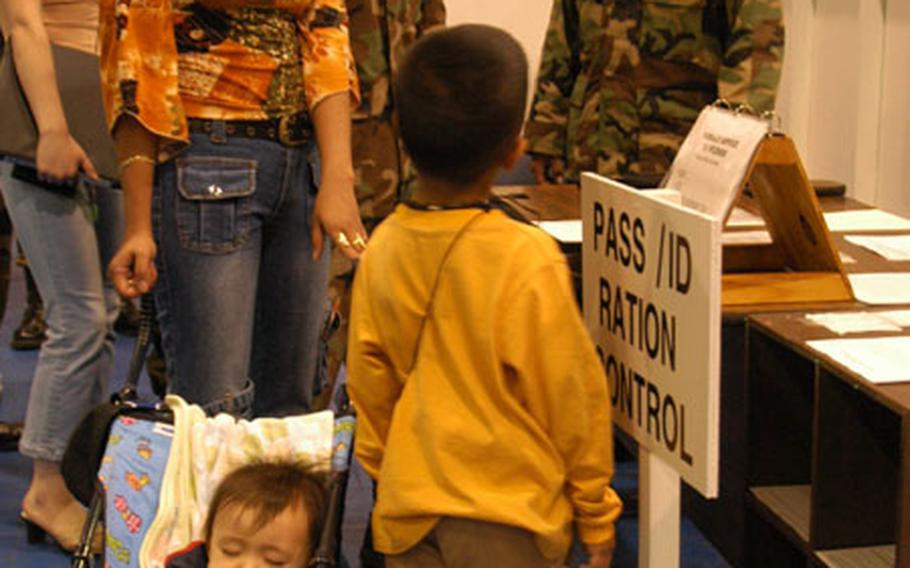 CAMP HOVEY, South Korea &#8212; Foreign-born families of Iraq-bound 2nd Infantry Division soldiers are scrambling to apply for U.S. green cards so they can live in the United States during Operation Desert Strike.

U.S. Embassy officials in Seoul were the first agency representatives to meet soldiers from the Iraq-bound 2nd Brigade Combat Team and their families at the three-day Desert Strike Family Readiness Exercise, which began Friday at Camp Hovey.

Those deploying to Iraq may not return to South Korea when the mission ends, especially if their units become based in another country as part of a plan to withdraw 12,500 U.S. troops from South Korea.

Many with foreign-born wives &#8212; many Russian or Filipina &#8212; and children living in South Korea under the Status of Forces Agreement are seeking U.S. visas so they can move to the United States.

&#8220;The issues are either the spouses need to be sent to the States or their country of origin. Are they going to stay in Korea or go back to the Philippines?&#8221; she said.

The visa process will be quicker in South Korea &#8212; where there are only 250 foreign spouses in Area I &#8212; than returning to the Philippines to start the process to move to the States.

She estimated an application in South Korea would take three months if all the correct documents were provided, compared to a year in the Philippines. However, one of the U.S. Embassy representatives attending the exercise, Stephen Bows of the Department of Homeland Security, said it was hard to estimate how long a particular visa application would take because every case is different.

Sgt. Dennis Diver of Battery B, 5th Battalion, 5th Air Defense Artillery Regiment, who has spent several months helping his Russian wife, Olga, apply for a green card, said he would have liked more information from the U.S. Embassy officials.

He estimated it takes six months to a year to obtain a green card for a foreign spouse in South Korea.

&#8220;Unless the embassy does something to speed the process, they have quite a wait ahead,&#8221; he said of other couples starting the visa application process.

Olga Diver said she will move to the United States during the year her husband is away.

She said she was upset when she learned of the deployment.

Cpl. Travis Blihar, also of Battery B, attended the exercise with his Filipina wife, Annabelle, and sons Damon, nine months, and Kenneth, 7.

&#8220;We are doing visa paperwork for Annabelle and Kenneth. Damon was born on-post and is already a U.S. citizen,&#8221; Blihar said.

Annabelle and the children plan to stay in South Korea until the visas are processed, then move to the United States, he said.

Another Battery B soldier, Pfc. Eric Brenn, proposed to his Filipina girlfriend, Mercy, after he heard about the Iraq mission. The couple, who met at Tongduchoen&#8217;s Arq Club, were married last week.

Brenn said his wife will stay in South Korea while he is in Iraq but that they are trying to get her visa application processed because they will eventually live between the U.S. and the Philippines.

Staff Sgt. Peter Lee of 2nd Battalion, 17th Field Artillery Regiment, was trying to resolve his pregnant Russian wife, Natalia&#8217;s, visa problems. The couple&#8217;s child is due July 19, shortly before he deploys and Natalia, who has a visa to enter the United States, must return there before it expires.

The problem is, Lee, who is a U.S. citizen of South Korean ancestry, has no close friends or relatives in the United States and neither does his wife.

Pfc. Wesley Flynn of Company B, 1st Battalion, 503rd Infantry Regiment and his pregnant Filipina wife Marilou were also looking for visa information during the exercise.

The couple, who met at Tongduchoen&#8217;s New World Club, where Marilou worked for a year, also wanted to know about Tricare and obtaining a special power of attorney for when their child is born in December.

&#8220;We also asked how can we communicate with each other. They said they have free telephone cards and they said we can go online,&#8221; said Marilou, who has never communicated by computer before.

She plans to move to the Philippines to stay with her parents while her husband is deployed.