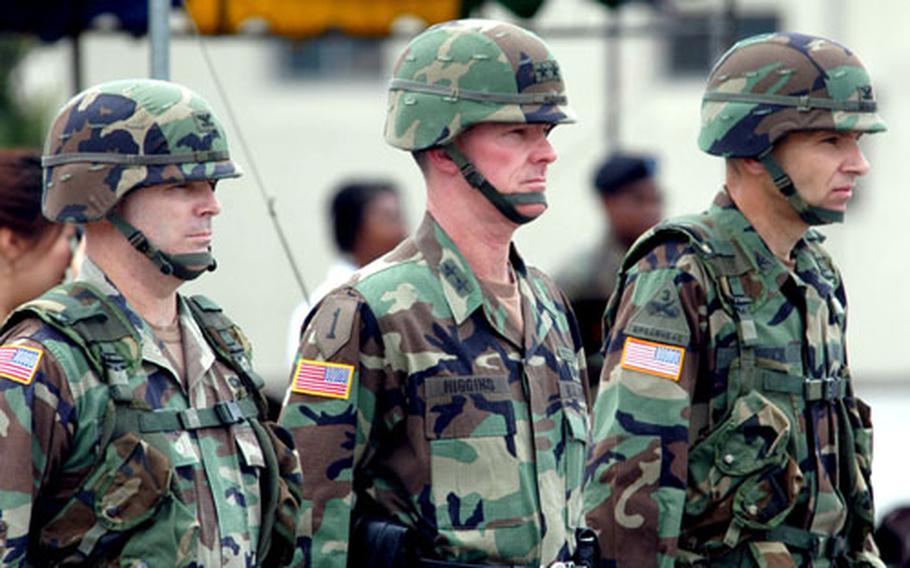 &#8220;Thanks to the attention of the Thunder Team, 2-17 left here disciplined, physically and mentally tough and trained and professional. They are doing an outstanding job in Iraq,&#8221; Higgins said.

Merrick, 45, of Las Cruces, N.M., said the brigade will combine the capabilities of Corps and Division Artillery units.

The brigade has been training for months, but the Ulchi Focus Lens exercise later this year will be the next big test of its command and control capabilities, Merrick said.

The Paladin battalions were incorporated in brigade combat teams because the weapons are more precise and responsive than rockets to the needs of ground commanders, he said. &#8220;And they can carry an assortment of munitions that maneuver units need, such as smoke and shell fuse combinations,&#8221; he added.

The brigade will have an &#8220;improved&#8221; relationship with the Air Force, which already stations forward-observer controllers at Camp Red Cloud to work with 2nd ID units, Merrick said.

&#8220;They will work with us on a continuous basis and be incorporated in every exercise and every operation that we do,&#8221; he said.

The brigade will be based at Camp Casey. Component units will move there from Camp Stanley in the next 60 to 90 days, he said.