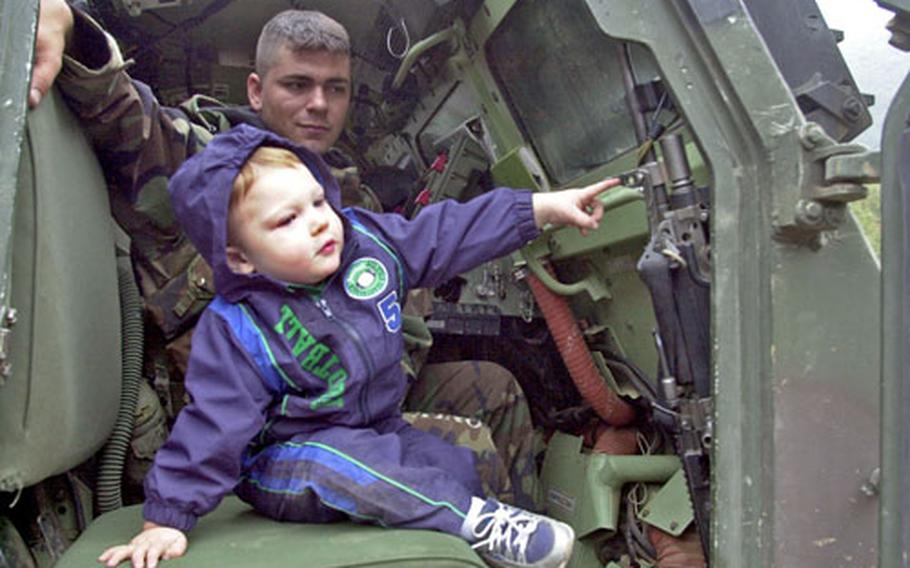 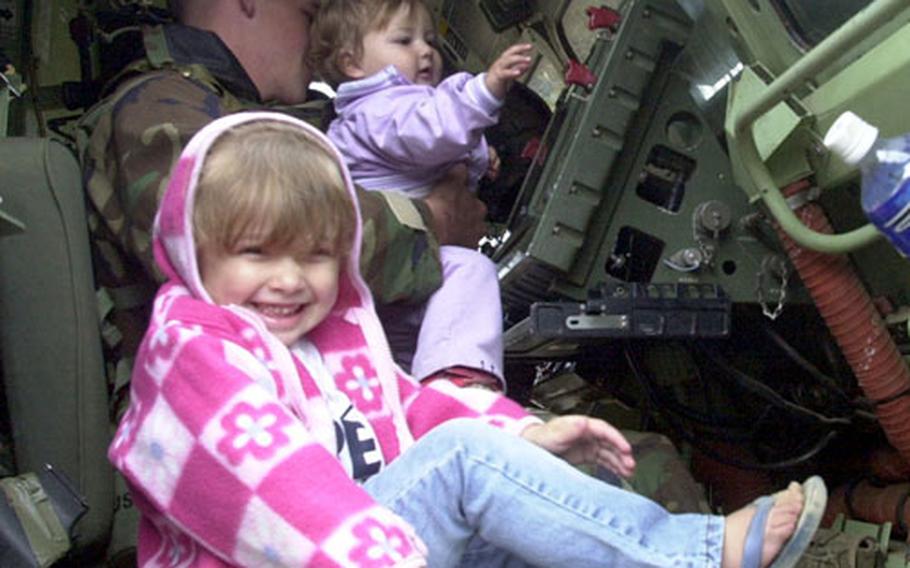 BOAR 1 TRAINING AREA, South Korea &#8212; The &#8220;rippers&#8221; burned their way through the foggy fall landscape of Rocket Valley just past the northeastern edge of Gyeonggi Province on Tuesday, to the delight of Army wives and children such as Bennie Olsen, 9.

Olsen came with his mother and two sisters to the 2nd Infantry Division&#8217;s 6th Battalion, 37th Field Artillery family day, to watch what his father, Pfc. Ben Olsen, does for a living.

About 20 family members were on hand to watch the rockets fly while the soldiers completed their qualifications.

Most soldiers with families agreed with Mack. They can talk about work but they can&#8217;t convey the smell of the dirt or the rattles of the tracked vehicles as they roll over the rocks.

Several of the children also got front row views from the drivers&#8217; seats of the Multiple Launch Rocket System vehicles while sitting on soldiers&#8217; laps.

The event attracted an above-average level of South Korean media attendance, with one outlet describing it as the first U.S. military exercise since North Korea&#8217;s nuclear test.

Each crew also must fire three rockets successfully, which qualifies them and the fire direction centers for 180 days.

&#8220;Because there is so much turnover in Korea, we do three of these every year so we can maintain qualified crews,&#8221; Danikowski said.