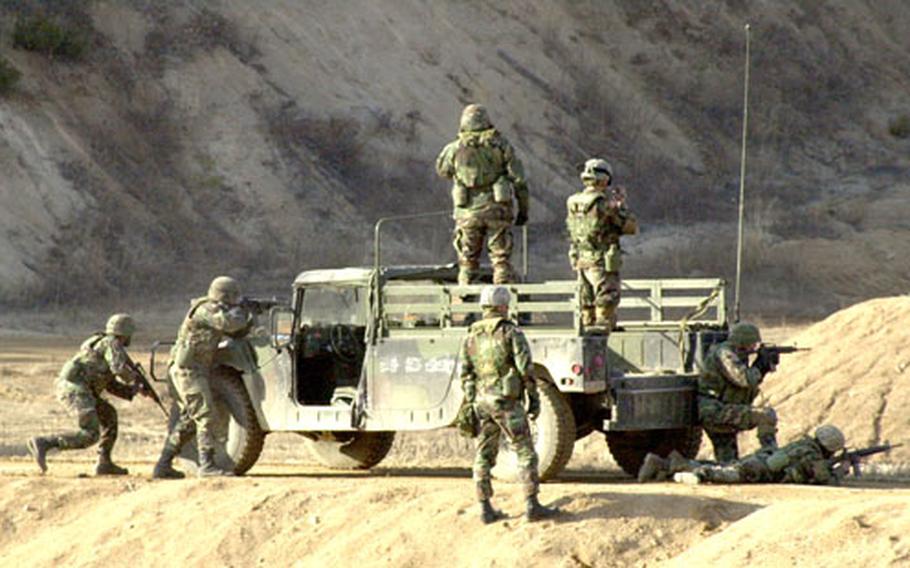 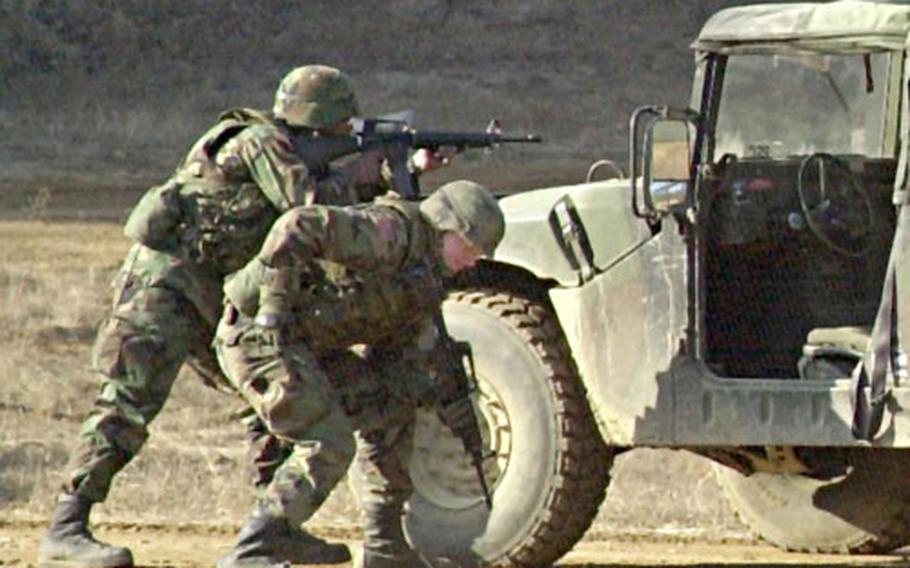 The brass lying at their feet and the bullet-riddled pop-up targets in front of their convoy at Rodriguez Range meant that they and their fellow soldiers from the 2nd Infantry Division&#8217;s Headquarters and Headquarters Support Company, Special Troops Battalion had done their job well.

The headquarters company may not be a traditional front-line unit, but with roadside attacks now commonplace during war, even soldiers in noncombat specialties may find themselves in a firefight if they deploy.

Troops from 1st Heavy Brigade Combat Team, 302nd Brigade Support Battalion&#8217;s Foxtrot Company also practiced convoy operations and moving target fire Friday, while the 1-72 Armor Regiment trained in another range area. Some troops in the exercises have been training at Rodriguez Range for the past three weeks on a broad range of tactical skills and will continue training throughout the month, officials said.

During Friday&#8217;s exercise, convoy vehicles rolled across a road and stopped at the ambush point, where soldiers dismounted and took positions around their vehicles.

They fired M-16s and .50 caliber rifles at black pop-up, waist-high targets appearing from just over a mound in front of them.

Communication at all times was key during the ambush response, said headquarters company Pvt. Monica Hernandez.

The training emphasized dismounting vehicles not only safely, but in the most tactically effective way, she said.

Soldiers from other companies observed the training and said they particularly noticed the attention paid to key skills such as hand signaling and muzzle awareness.

Along with convoy dismount training, that may include more time spent shooting on the move and casualty-carrying drills, Saleem said.