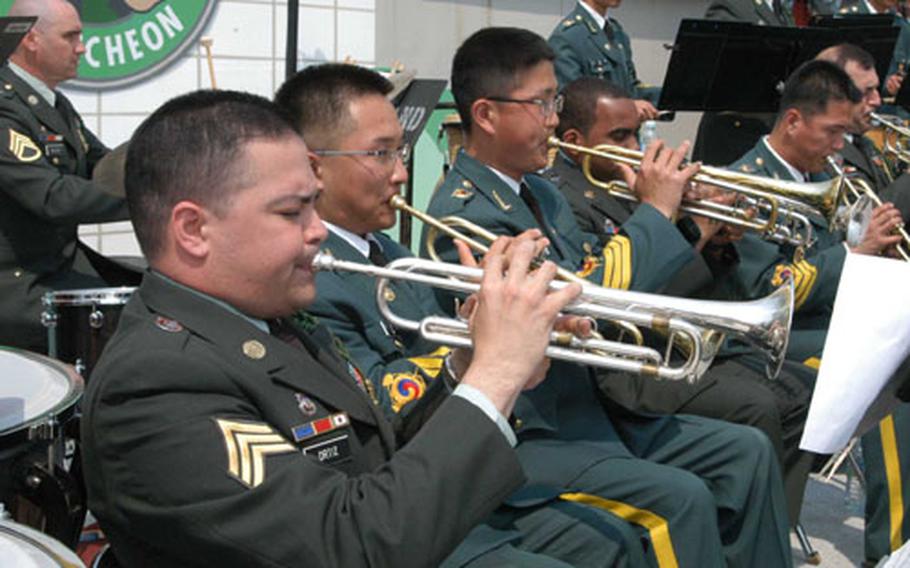 Members of the 2nd ID Band entertain the crowd along with members of the ROK Army 5th ID Band at Jeongok-ri. (Seth Robson / S&S)

Members of the 2nd ID Band entertain the crowd along with members of the ROK Army 5th ID Band at Jeongok-ri. (Seth Robson / S&S) 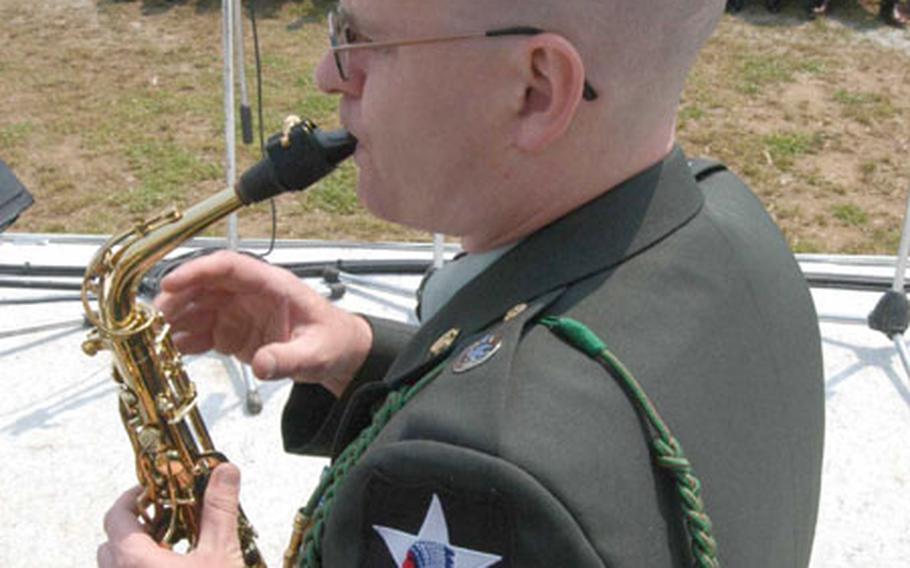 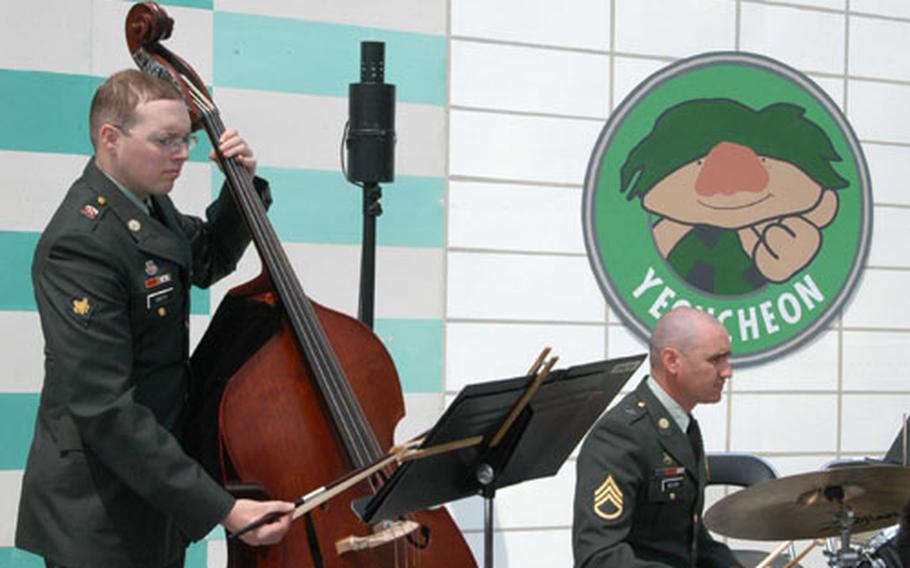 CAMP RED CLOUD, South Korea &#8212; Cavemen once walked at Jeongok-ri &#8212; the site of a concert by soldiers from the 2nd Infantry Division Band on Wednesday.

2nd ID soldiers discovered the Area I Paleolithic site in 1978, according to a pamphlet available at Jeongok-ri.

This week the 2nd ID band performers combined with members of the Republic of Korea Army&#8217;s 5th Infantry Division Band to perform a concert at the 12th Yeoncheon Paleolithic Festival at the site.

The thousands of South Korean schoolchildren who attended also were amused by performers dressed as cavemen and activities such as building houses from sticks.

Chief Warrant Officer William Brazier, the 2nd ID band leader, said cavemen may have made their own music at the venue.

The only archaeological-motif song the band performed was the theme to the movie &#8220;Raiders of the Lost Ark.&#8221;

However, Brazier said some of the percussive songs played during the concert would be tied to the sort of music cavemen might have played.

The 5th ID band leader, 1st Lt. Kim Sung-Soo, said he visited the site in high school and that the concert would help share its history.

The South Korean cavemen were related to North American cavemen, Wilson observed. &#8220;Our cavemen came from this area across a land bridge,&#8221; he said, referring to the passage across the Bering Strait linking Siberia and Alaska during the last ice age.

&#8220;She would love it if she had a chance to come here for a vacation,&#8221; he said, looking at a group of South Korean children playing with some caveman sculptures.