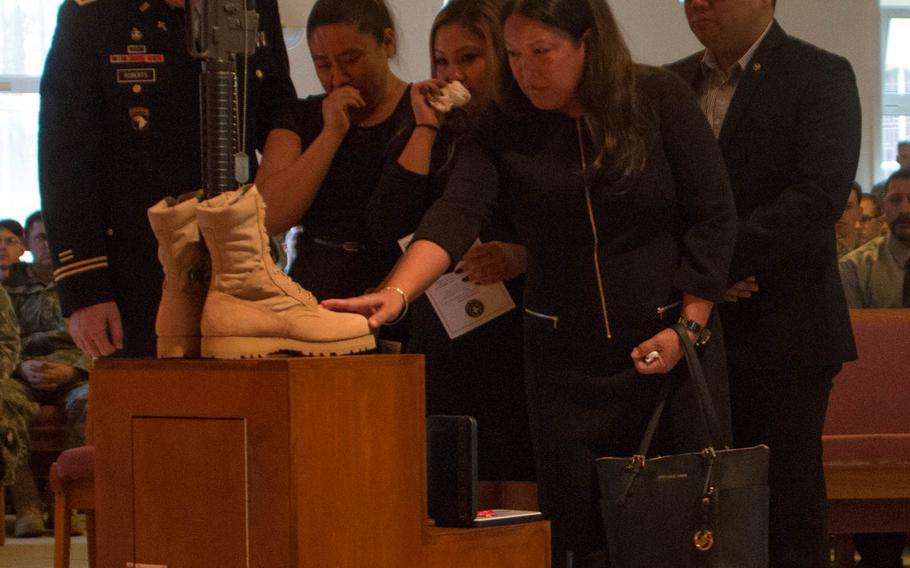 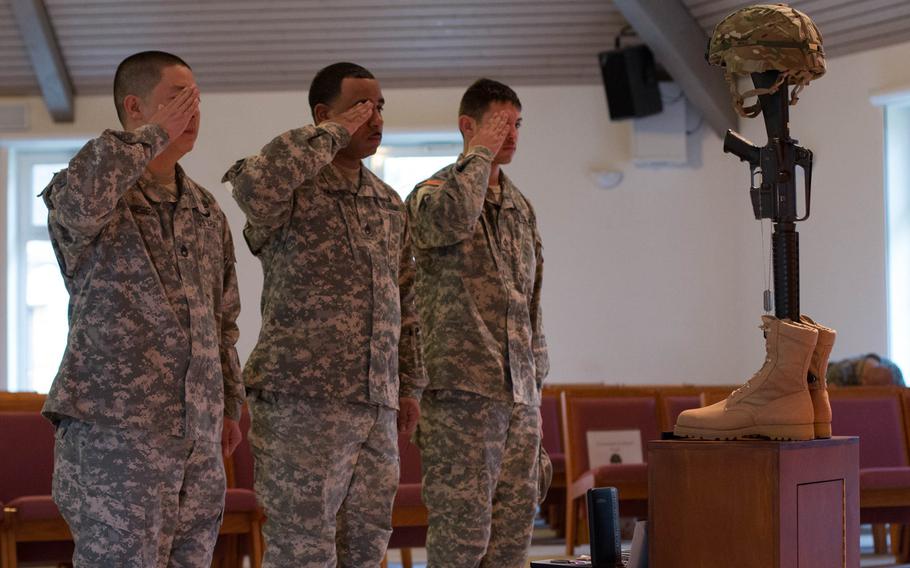 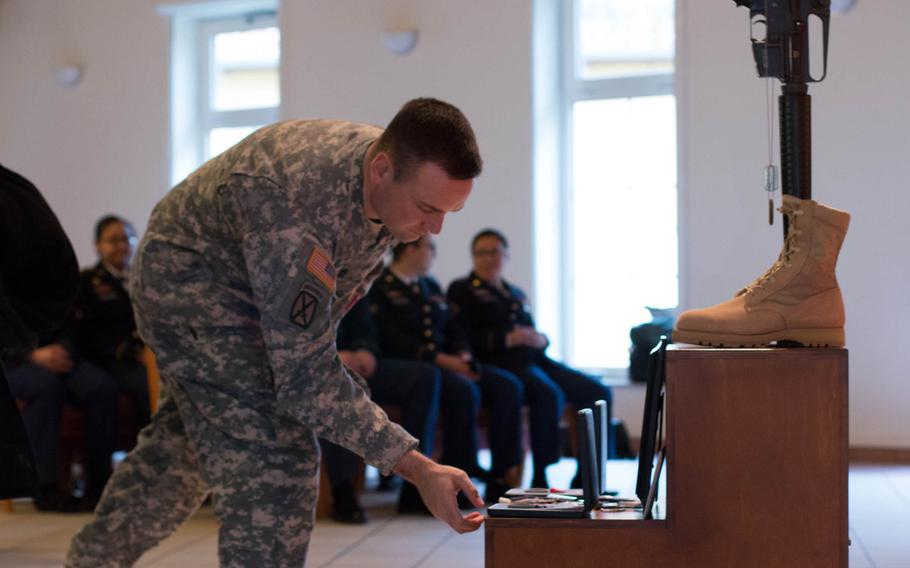 Buy Photo
Soldiers, friends and loved ones came to pay respects to Chief Warrant Office 2 Edward Balli during his memorial service at Vilseck chapel on Feb. 12, 2014. (Michael Darnell/Stars and Stripes) 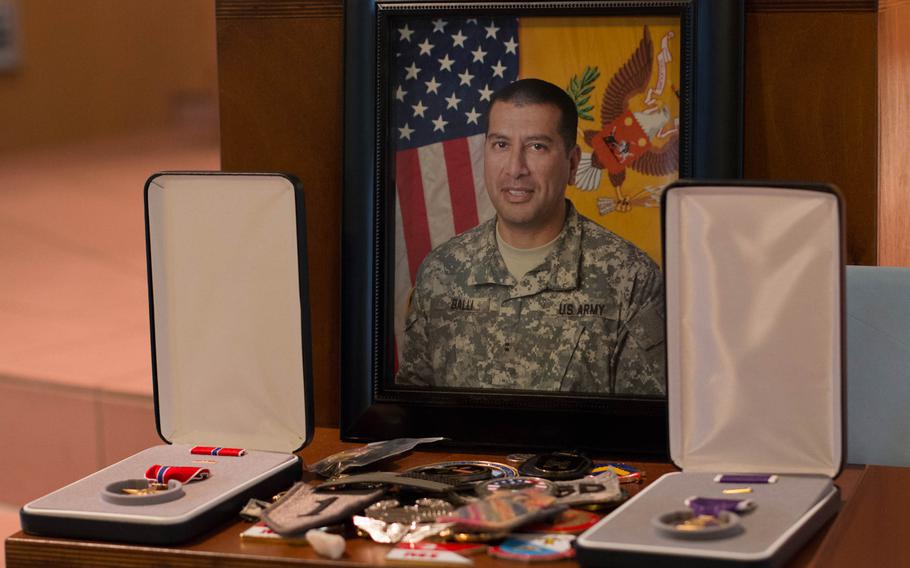 Buy Photo
A portrait of Chief Warrant Office 2 Edward Balli and his medals were displayed at his memorial service in Vilseck on Feb. 12, 2014. (Michael Darnell/Stars and Stripes)

VILSECK, Germany — For the second time in as many months, members of the 2nd Cavalry Regiment bid farewell to one of their own as they paid respects Wednesday to Chief Warrant Officer 2 Edward Balli.

Balli, an unmanned aerial vehicle operator with the Regimental Support Squadron, was on his fourth combat deployment when he was killed in Afghanistan after insurgents detonated a makeshift bomb and opened fire on sleeping troops on Jan. 20.

Balli and Staff Sgt. Tyronne Jones provided covering fire so that junior troops would have time to take civilians in the area to safety.

Jones said Balli knew they were likely heading into a situation from which neither would return, but the warrant officer considered it his duty to ensure his troops’ safety.

“There wasn’t any other option. He knew we needed to give them the time to get our people to safety, to complete our mission,” Jones said. “He knew that was our duty, that’s our job, that’s what we do. He cared about his guys more than anything. More than anyone. We spent hours and hours discussing our soldiers and taking care of them. He’s truly been my best friend in this unit.”

The impact of Balli’s devotion and care was evident at his memorial, held at the Vilseck chapel. Family, friends, loved ones, local officials and troops from across the military community gathered to remember the life and service of a soldier who died helping to save the lives of others.

“This selfless act, defending his comrades, combined with his integrity, his determination and his incredible work ethic constitutes why we love and honor him today,” said Lt. Col. Ken Bradford, Regimental Support Squadron commander in a statement read during the ceremony. “Chief is a courageous man who cares deeply for his soldiers and took care of his organization in any way he could.”

Balli is survived by his wife, Kristy; three children, Michael, Desirae and Momilani; and his mother, Catherine Trevino.