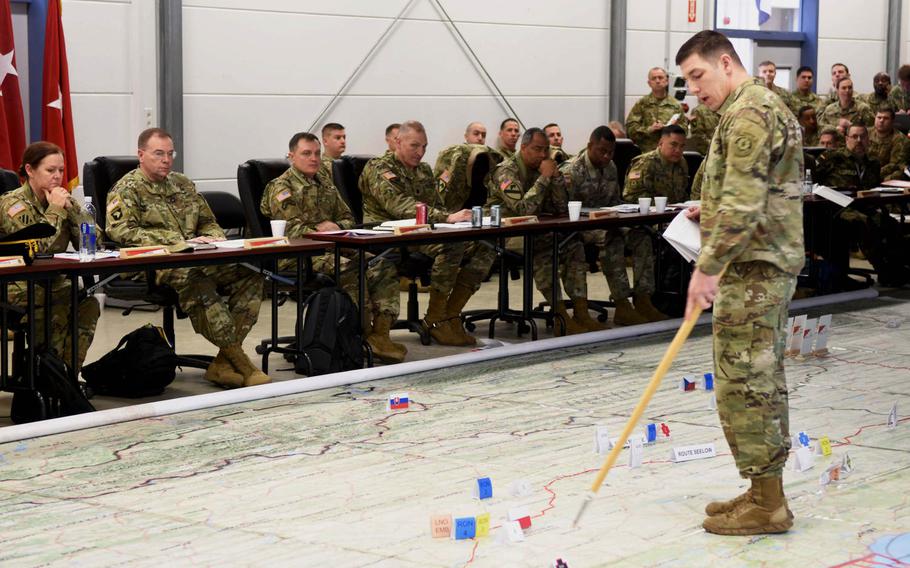 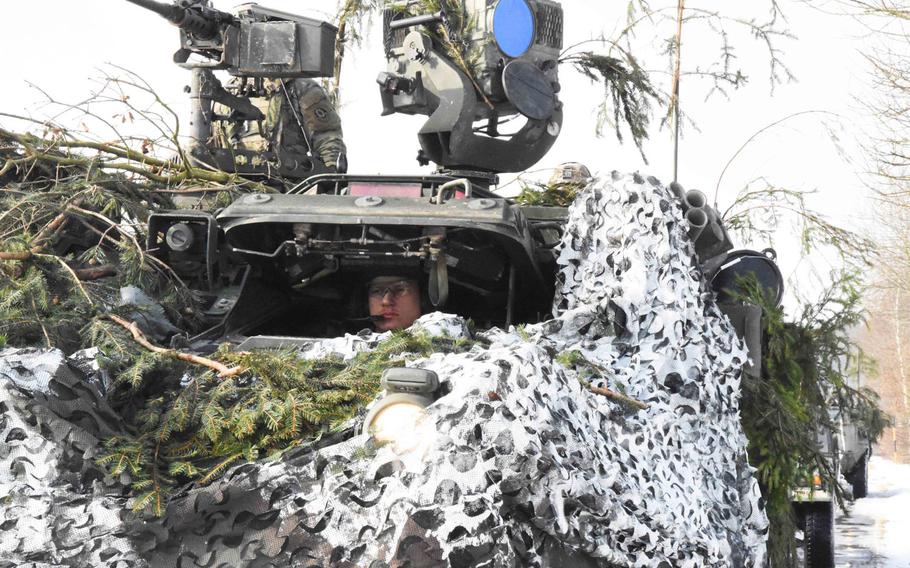 Army scouts with the 2nd Cavalry Regiment during training on Feb. 2, 2017. The regiment will be deploying to Poland in April as part of NATO's Enhanced Forward Presence initiative. (Martin Egnash/Stars and Stripes) 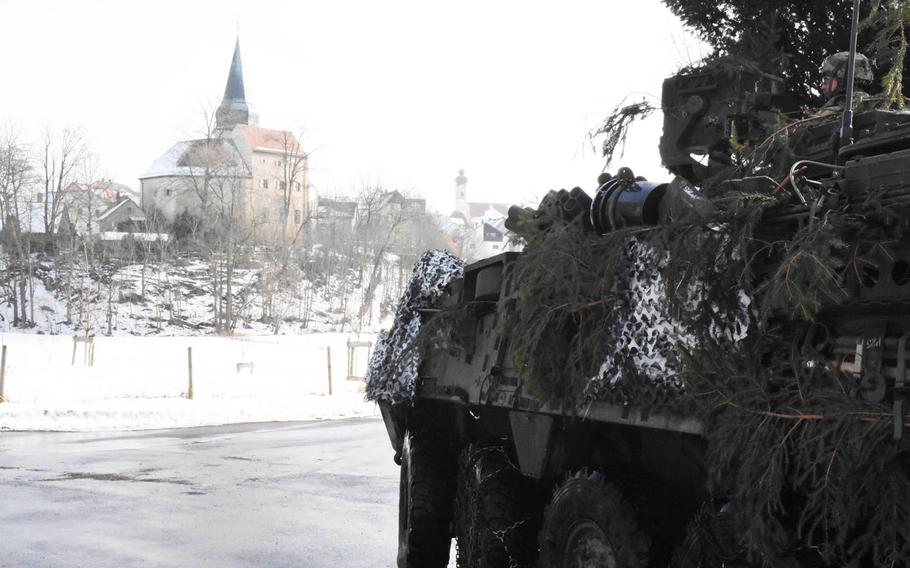 Army scouts with the 2nd Cavalry Regiment pull up to a German village during training on Feb. 2, 2017. The regiment will be deploying to Poland in April as part of NATO's Enhanced Forward Presence initiative. (Martin Egnash/Stars and Stripes)

VILSECK, Germany — The U.S. Army is preparing to deploy a battalion-size battle group to eastern Poland, some 100 miles from the Russian border.

This mission is part of NATO’s Enhanced Forward Presence initiative in Poland to reassure and protect eastern European nations nervous about Russia’s annexation of Ukraine’s Crimean Peninsula in 2014.

“When the U.S. is serious about something, we put money on it and people on it,” said Lt. Gen. Ben Hodges, U.S. Army Europe’s commander. “We need to transition from assurance to deterrence. A big part of this is our enhanced forward presence to Poland.”

The battle group will consist of about 1,000 soldiers from the Army’s 2nd Cavalry Regiment and 350 personal from Romania and Britain.

“Our goal is to create a cohesive team and to learn from each other to fulfill NATO’s mission of deterrence,” said Lt. Col. Steven Gventer, commander of the regiment's 2nd Squadron. “We will assure our allies that if, heaven forbid, they were attacked, we would defend them. And deter any potential threat from our enemies.”

The regiment will deploy with a variety of Stryker vehicles, including the Infantry Carrier, Mortar Carrier and Medical Evacuation vehicles, in addition to howitzers. Romania will be contributing an air defense, artillery battery and a military police company, while Britain is providing a reconnaissance company. Once in Poland, these soldiers will integrate with the Polish 15th Mechanized Brigade.

“Ideally this will deter our enemies by adjusting their planning. They will see that NATO would be too costly to attack,” Hodges said.

Russia, which denies it presents a threat to adjacent nations, has protested the NATO buildup near its isolated western enclave of Kaliningrad, which borders on Poland and Lithuania. Russian officials have claimed NATO forces arrayed in the area give the alliance a first-strike capability against the small district. In response, Moscow moved nuclear-capable Iskander M missiles into Kaliningrad in October.

The regiment's current, six-month mission will begin March 25 with a 900-kilometer road march from Vilseck, Germany, to Orzysz, Poland. The convoys will take two routes, one through the Czech Republic and the other traveling through northern Germany.

“We have a unique capability as a unit,” said Col. Patrick Ellis, the regiment’s commanding officer. “Strykers are wheeled, which allows us to drive on European roads without any support.”

Once in Orzysz, the battle group will begin readiness drills and live fire training.

This new terrain offers different challenges to the Army, whose units have been mainly operating in the Middle East since the end of the Cold War.

“We went back to our old doctrine to prepare for this,” Ellis said. “We took lessons from the Cold War and looked at what the Russians have done in Ukraine. We’ve had to review our tactics to make sure we can handle a modern threat.”

After the six-month rotation, another battle group will arrive, leaving no gap of NATO forces on the Polish-Russian border.

“Our posture will be alert and measured. This is not to be viewed as provocative” Hodges said. “It does not have to be a standoff.”