2nd BCT soldier remembered at services in Germany and Iraq 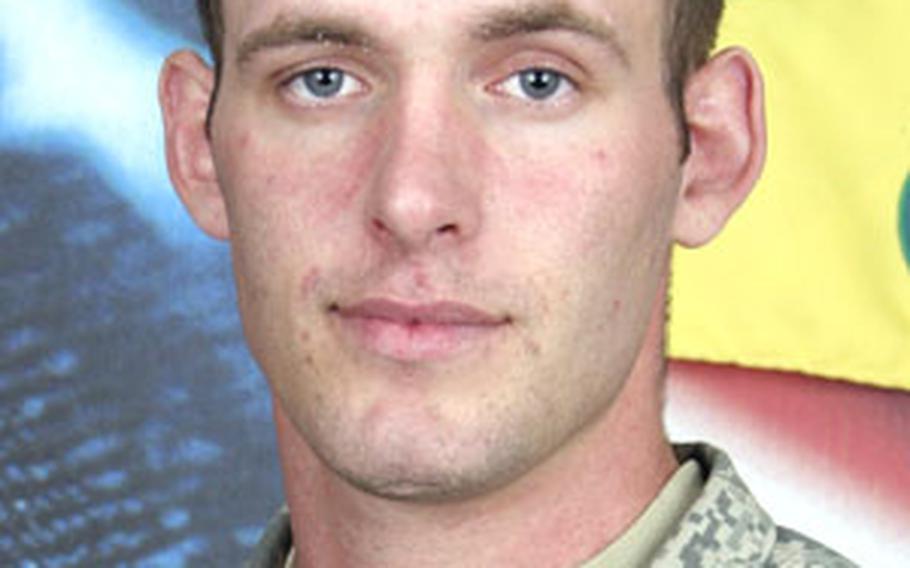 On Nov. 17, while on a combat patrol searching for suspected insurgents in Ta&#8217;meem, Iraq, Spc. Jordan William Hess of Company C, 1st Battalion, 77th Armor Regiment was wounded when a roadside bomb detonated near his tank.

After fighting to stay alive for 19 days, the 26-year-old from Marysville, Wash., died Dec. 5 at a military hospital in Texas, officials said.

A memorial service also was held in Hess&#8217; honor Tuesday in Ramadi, Iraq.

&#8220;Specialist Hess died of wounds received on a battlefield upon which no markers or memorials exist, yet his name will be etched upon the small part of each of our hearts that has hardened to stone by the realization of his passing. I will take Specialist Jordan Hess&#8217; name to my own grave, in the hope that I can somehow preserve the honorable life that he led,&#8221; said Capt. Ian Lauer, commander of Company C.

Hess was remembered as a quiet man, fond of photography, glass blowing and poetry.

Lt. Col. Miciotto O. Johnson, the battalion commander, said that Hess &#8220;represented the best America has to offer. Dedication, commitment, loyalty and honor are words I use to describe this unstoppable hero. He lived every hour to the fullest and possessed a passion for being a tanker.&#8221;

The youngest of seven brothers, Hess is survived by his father William, mother Tamara and a sister, who were able to visit him and say goodbye before he died, friends said.

Hess&#8217; death is the 11th for Dagger Brigade, which began a yearlong deployment in August.