2nd BCT's homecoming: 'The mark of discipline and professionalism was noticeable' 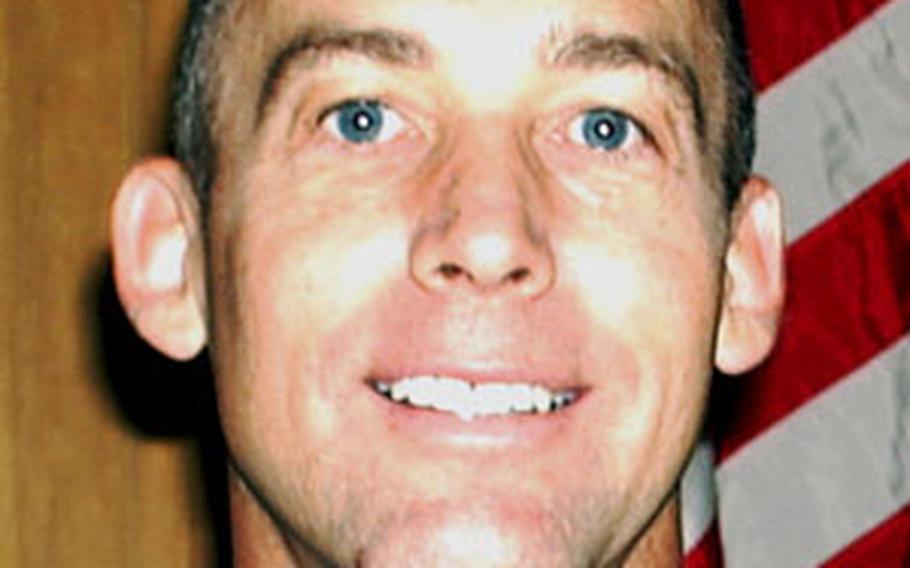 Col. Robert E. Scurlock Jr., commander of the 1st Armored Division&#8217;s 2nd Brigade Combat Team, sat down with Stars and Stripes last week to discuss the recent return of about 3,500 Baumholder, Germany troops from a yearlong deployment to Kuwait and Iraq. The soldiers were held in reserve in Kuwait for the first half of their deployment and then called into Iraq for the second half.

The 2nd BCT included three task forces of roughly 750 soldiers each. Task Force 2-6 worked southern Baghdad while Task Force 1-6 and Task Force 1-35 were in Ramadi. About 1,400 soldiers were with the 2nd BCT headquarters in northwestern Baghdad. Save 28 soldiers who died during the deployment, all the units (except one that was extended with the 1st AD&#8217;s 1st Brigade) are back in Baumholder and ready for Wednesday&#8217;s welcome home ceremony. Below are portions of the interview with Scurlock.

First off, welcome home. How&#8217;s it feel to be back in Baumholder?

It really feels great. The community and the families, the support they provided while we were gone was fantastic. One of the good things too was I got to come back (in early June), and I gave them a town hall brief on pretty much where everybody was, what we were doing and why we were doing what we were doing.

How did the soldiers of the 2nd BCT perform?

Fantastic. The mark of discipline and professionalism was noticeable. When they would move into an area, the comments I got from the leadership were outstanding.

Talk about some of the challenges about being the theater reserve forces, staying in Kuwait for a few months and then pushing into Iraq.

The challenge was you go back in time and see what was happening when we were preparing to deploy. We were leading up to the elections. There was a lot of momentum towards stability, the view of what was going to be stability.

The leadership decided if we keep you in Kuwait and something goes wrong, you&#8217;re right there and we can employ you. It was not just for Iraq. As the theater reserve, our main planning effort was Iraq, but we also had Afghanistan, the Horn of Africa and anything else that went on in the region.

Talk about the heroes in the brigade who made it back to Baumholder and those who unfortunately did not.

No matter where you were in Iraq, you had a contribution to the mission. In my book, they&#8217;re all heroes. It takes a lot to volunteer to serve your country in that type of environment, and all of them did. &#8230; The thing that you don&#8217;t see a lot of is the successes.

Talk about those successes.

As the brigade, we went in and worked (Operation) Together Forward. The intent there was you go to the areas where the violence had risen to a higher level than anywhere else in Baghdad. It&#8217;s the center of their government. It is what now has been determined as: so goes Baghdad, so goes Iraq.

We went in. Our area, the initial we had was Amariyah. We were able to isolate and clear that with the Iraqi army. This was a couple battalion operation.

Correct. Three weeks after that, there was no murder after it had been at such a high level. It came back over time, but not inside where we had it isolated. What they would do is they would kill them somewhere else and try and drop them inside to intimidate the people. We were able to pretty much stop that. And then it came back because the way they were doing things. If you have the criminal element in there, what we found was a lot of it was younger kids who had been paid to do some of the hits&#8230;

How would you judge the operation while the 2nd BCT was in Baghdad?

I think we had a tremendous impact. Not only in the Amariyah, Ghazaliyah and Shulah area, but as you moved into those areas in the areas in between, violence picked up. We had to provide security and do operations in those areas as well. We also had the area to the west, the Abu Ghraib area. We turned the Abu Ghraib internment facility over to the ministry of justice. &#8230; We had the insurgents coming from Ramadi and Fallujah, trying to get into Baghdad. We had to cut the flow of weapons and insurgents. This is all the same time Together Forward&#8217;s going on.

How do you deal with the loss of the 28 soldiers who did not make it back to Baumholder?

Every one of them&#8217;s tough. Every one of them. In the majority of the situations, soldiers are out doing the right thing, doing exactly what they were trained to do, and the enemy got the best of us in that situation. You&#8217;re not going to beat him every time. The soldiers &#8212; every time they left the camps &#8212; they knew the enemy was out there trying to kill them. Somewhere.

All you can do really is reflect on how they touched the people&#8217;s lives they worked with, the contributions they made and just pray that their sacrifice was not in vain.

At an August 25 press conference, you told reporters, &#8220;Ultimately, the only solution in Iraq is an Iraqi solution. The people of Baghdad will have to come together, reject acts of violence and support both their government and their security forces.&#8221; Based on your experiences, can the Iraqis achieve this solution?

Yes. I strongly believe they can. They are very proud people. The government is young. It took a while to form. That&#8217;s what causes some of that void, but they&#8217;ve got to gain the trust of the people. They&#8217;ve got to show them that they can do the things they need to be successful, and they&#8217;re doing that. While we were there, we saw the fuel distribution go up &#8230; schools were operating. We started getting elements out in the community for job programs.