2ID aims to ease complaints of residents near live-fire range 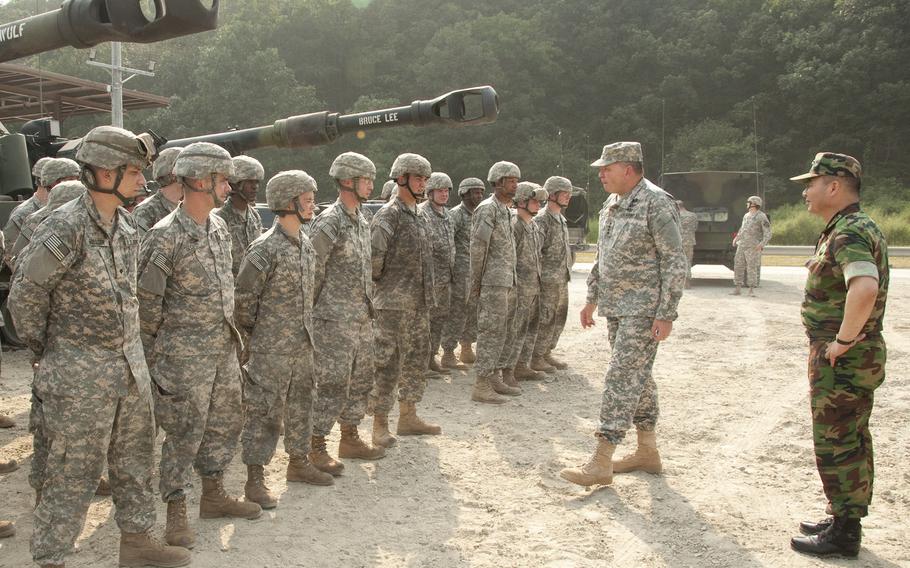 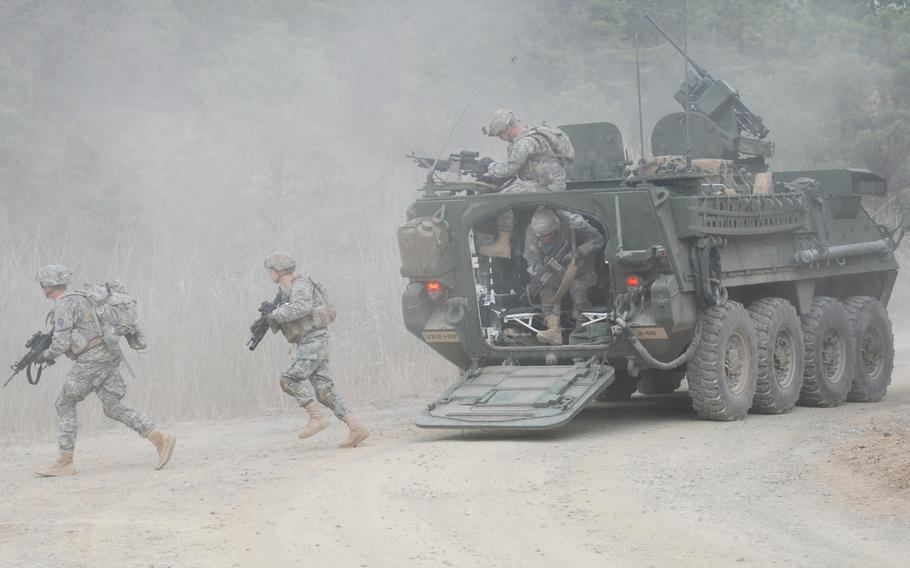 SEOUL — U.S. and South Korean military officials will sign an agreement Wednesday with a town near the Demilitarized Zone whose residents claim noise from a nearby live-fire training complex is a nuisance that is eroding the value of their homes.

“It is worse than just an inconvenience,” said Yu Jai Hwan, chief of a village of about 350 households about 300 meters from Rodriguez Range.

U.S. Forces Korea’s Rodriguez Range, also known as the Rodriguez Live Fire Complex, is about 15 miles south of the DMZ and is the site of frequent training events.

Residents of neighboring Pocheon have lodged a number of complaints over the years. Yu said the noise routinely keeps them awake until well after midnight and that falling objects have damaged roofs and collapsed cattle sheds and pigsties.

Both sides say they hope the agreement, which establishes a joint forum with a South Korean military unit acting as a go-between, will help address the grievances.

The city and 2ID did not provide a copy of the memorandum of understanding, or MOU, that will be signed during a ceremony Wednesday at the range. A 2ID statement said the forum will meet twice a year “to collectively promote mutual cooperation.”

In addition, 2ID and South Korea’s 8th Mechanized Infantry Division will host “cooperative opportunities to build positive relations among the group,” such as inviting Pocheon residents to visit their bases, and 8MID leading volunteer and cultural activities.

2ID spokeswoman Maj. Junel Jeffrey said the MOU is meant to give citizens a way to address their concerns.

“This has been a long time in the making,” she said. “This is a way to not wait until something has happened to resolve the issues.”

Officials with Pocheon’s civil defense training team, who spoke on customary condition of anonymity, say the city first contacted 2ID about problems related to the range, located about 12 miles from Pocheon city hall, in late 2012. Both sides have met two or three times since to hash out a solution.

Yu said the agreement is needed to encourage cooperation, but likely won’t stop the headaches related to the shooting and won’t solve the ultimate problem of getting compensation from the South Korean government.

“We keep sacrificing under the name of national security, but we can’t take it anymore,” he said.