299th FSB soldiers train ahead of deployment to Iraq 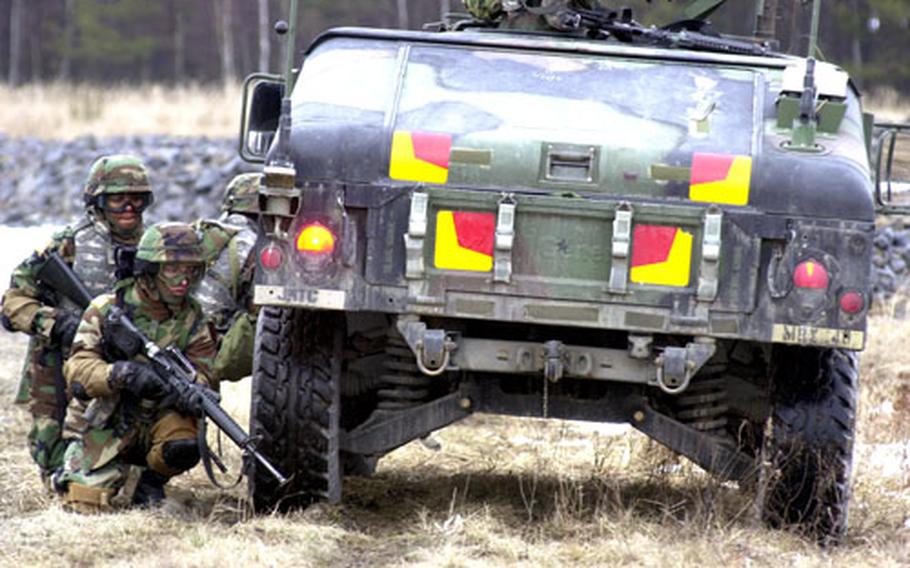 Soldiers with the 299th Forward Support Battalion react to an improvised explosive device and small arms fire during training at Grafenwöhr, Germany, on Wednesday. They battalion is expected to go on a mission to Iraq later this year. (Seth Robson / S&S)

Soldiers with the 299th Forward Support Battalion react to an improvised explosive device and small arms fire during training at Grafenwöhr, Germany, on Wednesday. They battalion is expected to go on a mission to Iraq later this year. (Seth Robson / S&S) 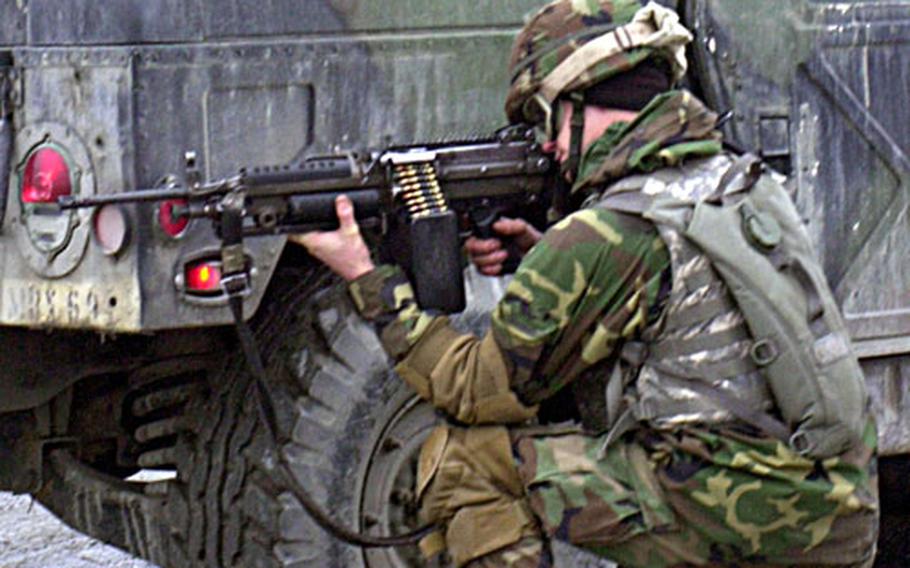 It was an early example of support soldiers facing combat in the Middle East, but it was not the last. At Grafenw&#246;hr 370 soldiers from the 299th Forward Support Battalion, 1st Infantry Division are learning to hit back hard if their convoys are attacked on a mission to Iraq expected later this year.

During the Iraq tour, the battalion conducted daily convoys in Salah ad Din province. The convoys were hit many times by roadside bombs and small-arms fire, and although some soldiers were wounded, all made it home alive, the 29-year-old Jacksonville, Fla., native said.

The Schweinfurt-based unit did live fire convoys before going to Iraq last time at Grafenw&#246;hr and in Kuwait, but this week&#8217;s training is a lot more complex than it was back then, he said.

The range now has building facades to replicate Iraqi towns and friendly targets to simulate civilians on the battlefield. And 299th leaders are passing on lessons they learned in the desert along with information about new insurgent tactics, he said.

This time, the 299th will make more use of air power in support of convoys in Iraq, he said.

During a live fire convoy Wednesday, the Company C soldiers reacted to a bomb and small-arms attack by unleashing fire from M-16s, .50-caliber machine guns and Mark 19 grenade launchers. Then they called in the air power.

Within minutes, 6th Squadron, 6th Cavalry Regiment Apache attack helicopters whirled overhead, unleashing a hail of their own machine-gun fire on the targets.

&#8220;Aviation provides us with a bird&#8217;s-eye view. If you are in an urban environment the aviation can identify targets and let you know where safe zones are. And they bring more firepower to the fight,&#8221; McLean said.

&#8220;When we do the training, they always ask for input and everybody who has been downrange adds something,&#8221; the 21-year-old East Palo Alto, Calif., native said.

Spc. Joe Serna, of Amarillo, Texas, said he had experienced attacks in Iraq &#8212; the same things that the training is teaching soldiers to deal with.