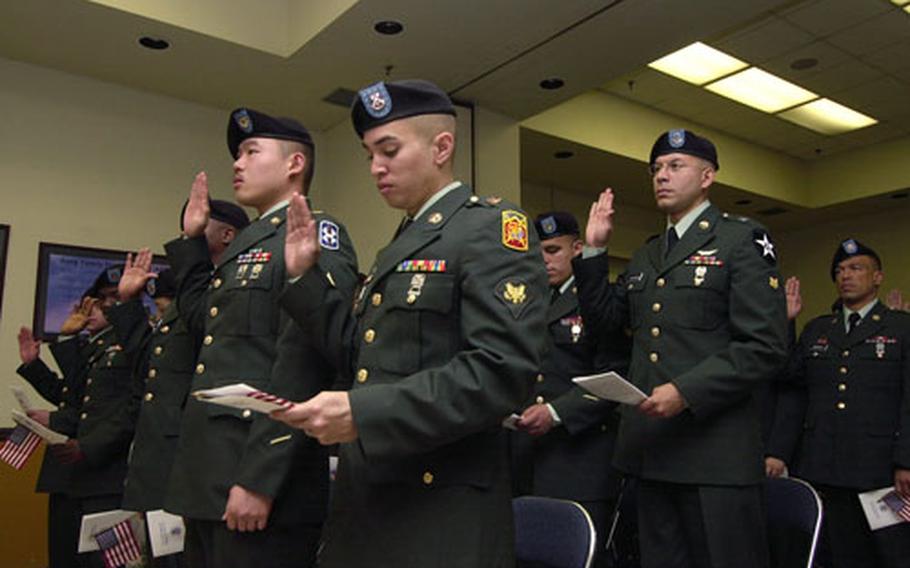 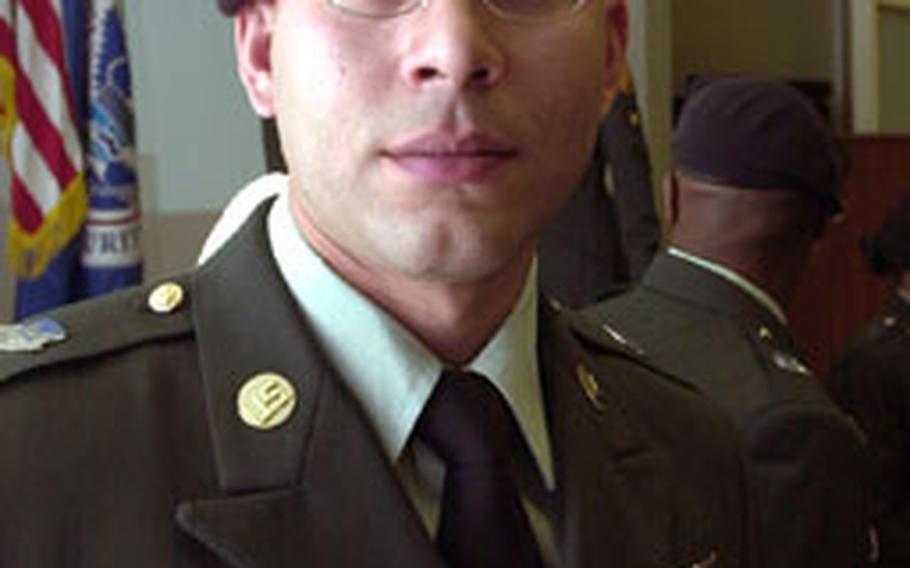 Khattab and 28 other U.S. troops raised their right hands and took the Oath of Allegiance, officially becoming U.S. citizens at the State Department naturalization ceremony.

Khattab, 28, earned an accounting degree in Egypt before moving to the States in 2005. He said he joined the U.S. Army in 2007 to show that he was willing to serve his adopted country.

Already working on his master&#8217;s in business administration, Khattab said citizenship would enable him to start moving on his next goal: becoming an Army officer and serving a full career.

Since his first language is Arabic, Khattab hopes to work in military intelligence. He&#8217;s currently an aircraft mechanic with the 2nd Combat Aviation Brigade at Camp Humphreys.

Kenneth J. Sherman, officer in charge for the U.S. Citizenship and Immigration Services in South Korea and Japan, said Khattab is representative of the type of person he finds seeking citizenship through the military.

&#8220;They have a commitment to the country [and] show a lot of dedication,&#8221; he said. They also tend to excel on the test, especially the history and government sections.

And since the citizenship can open doors in their military careers, or help bring a spouse back to the States following a tour here, they are very focused, Sherman said.

He said that this year alone, 500 to 600 U.S. troops will earn their citizenship in this region.

Guest speaker Maj. Gen. Jack Sterling, Combined Forces Command assistant chief of staff, told the troops that he could only imagine what was going through their minds when they woke up Friday morning.

He also told them that he respected their decision and commitment to America&#8217;s principles of equality.

The following personnel earned their American citizenship during a naturalization ceremony Friday at Yongsan Garrison: