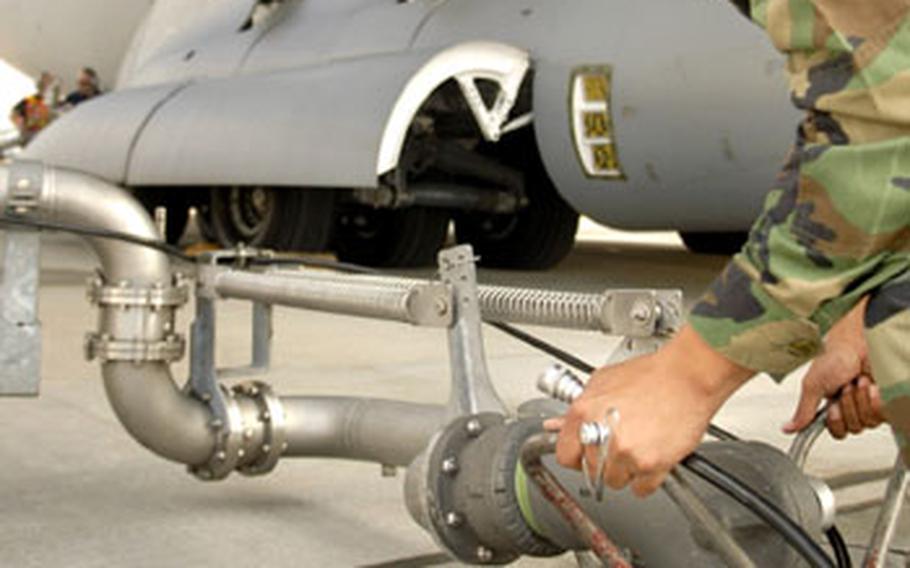 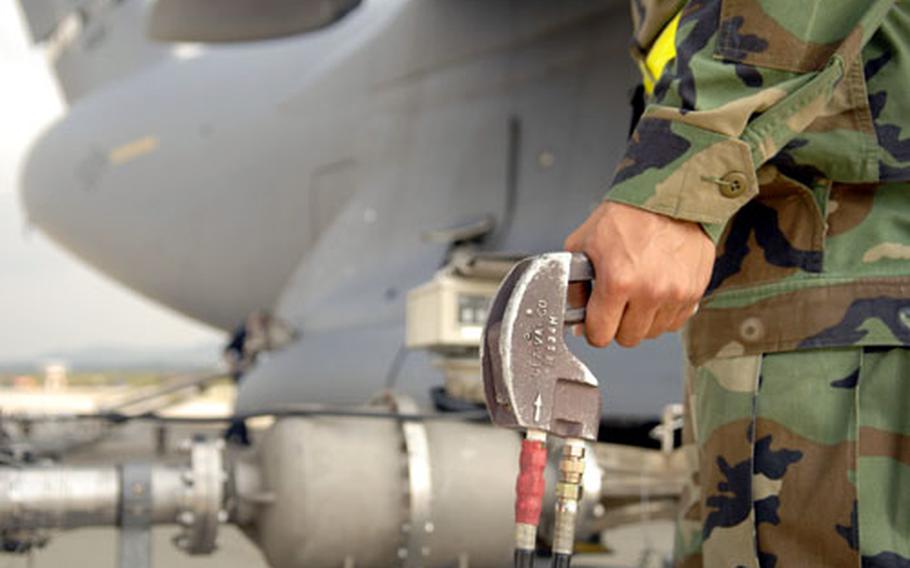 RAMSTEIN AIR BASE, Germany &#8212; Airman 1st Class Hazen Sanders can&#8217;t really explain why he set out to break the Air Force record for the most fuel pumped by an individual in a month.

But Sanders &#8212; a member of the 435th Logistics and Readiness Squadron &#8212; knows exactly how much fuel he pumped. And exactly how long it took. And so does his new wife.

While working 29 consecutive days in September, Sanders pumped 3,123,985 gallons of fuel, powering through the fatigue and sucking it up when the rain and cold set in during his 12- to 16-hour shifts on the flight line.

For Sanders, the toughest challenge was resisting his wife&#8217;s pleas to stay home on his days off.

Of the three main aircraft that pass through Ramstein, he said the Boeing 747 is his favorite to gas up.

Even on his slower days, Sanders would pump at least 100,000 gallons, about twice the daily average for the squadron.

And it&#8217;s not like filling up your car at the gas station. Fueling the massive aircraft can take up to an hour and half.

Along with motivating his fellow airman to perhaps challenge his newly set record, Sanders also has perfected his distribution line set up.

Still, Sanders has his sights set on a new goal. He wants to be the first airman at Ramstein to pump 10 million gallons in a year.