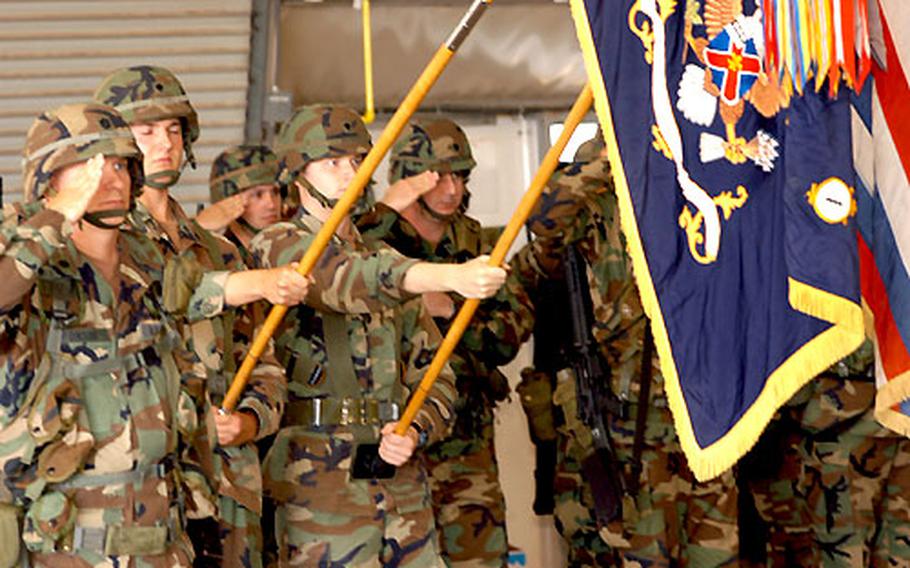 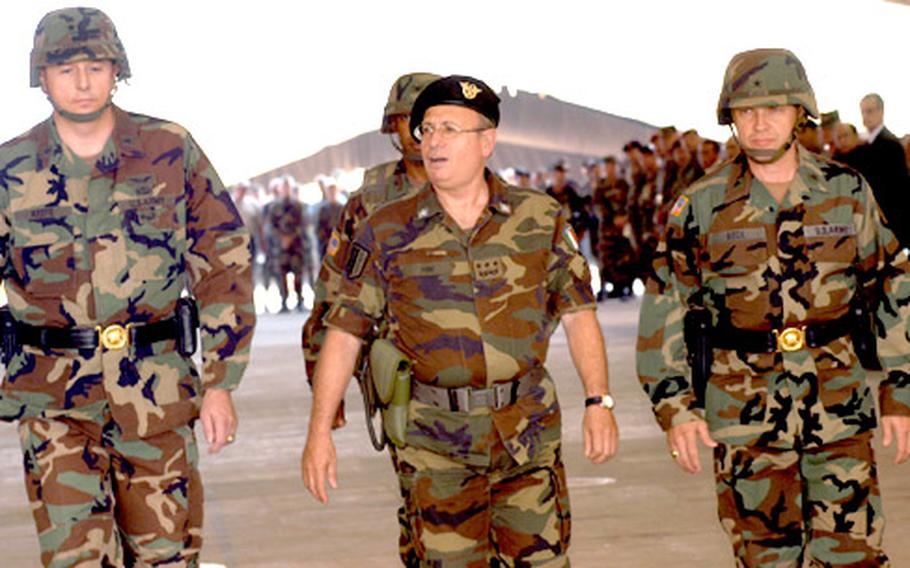 CAMP BONDSTEEL, Kosovo &#8212; Just months after completing the peacekeeping mission in Bosnia, 28th Infantry Division troops are back in the Balkans, this time in Kosovo.

The 1st ID troops normally stationed in W&#252;rzburg, Germany, finally return home after serving in Kosovo two months longer than planned. They had to extend past their May departure date when the 1st Cavalry Division, which was supposed to replace them in Kosovo, was removed from the scheduled rotations so it would be available for the war in Iraq.

The most-deployed National Guard division started training for the Kosovo mission in March, even before its troops in Bosnia finished the rotation.

Keystone troops have kept busy since, stepping up to the plate when needed.

Most of the KFOR troops are in the Balkans for the first time, but Beck and more than a dozen others jumped into preparations for the Kosovo mission within a month of their return to Pennsylvania in March.

&#8220;Security requirements that only a year ago required KFOR presence are now regularly carried out in an even-handed and fair manner by the Kosovo Police Service, thus reducing the requirements for KFOR soldiers,&#8221; Keefe said.

Beck promised to continue in the footsteps of the previous rotations and assured a group of local reporters of a smooth transition.

This is Beck&#8217;s first mission as a commander since he was promoted to brigadier general earlier this year. He was the deputy commander of American troops in Bosnia.

Keefe goes on to become the chief of staff of V Corps in Heidelberg, Germany.