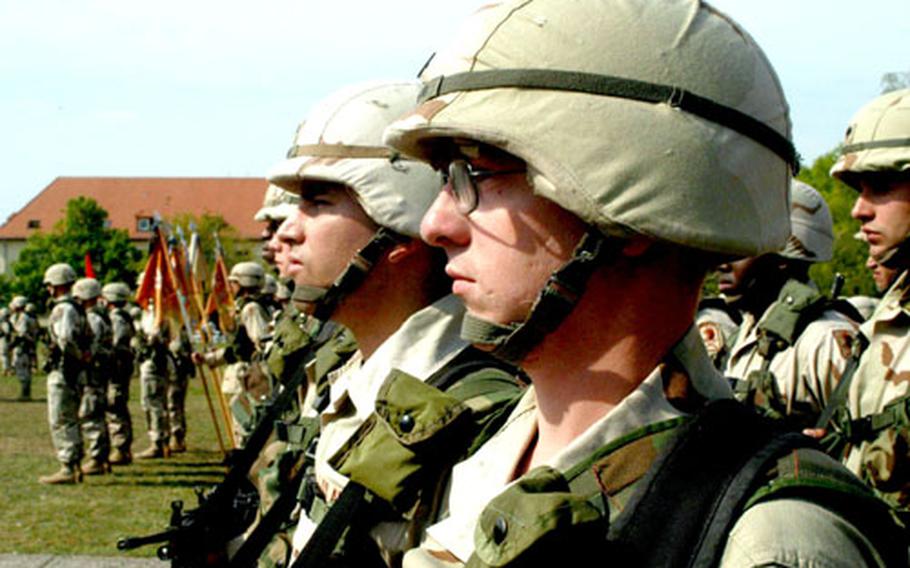 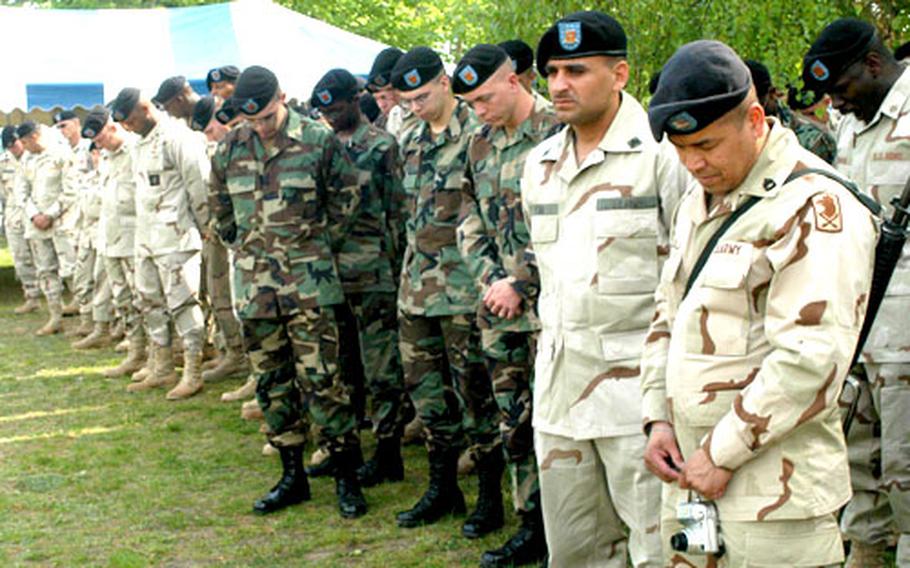 Troops lower their heads in prayer prior to the welcome home ceremony Wednesday. (Jessica Inigo / S&S) 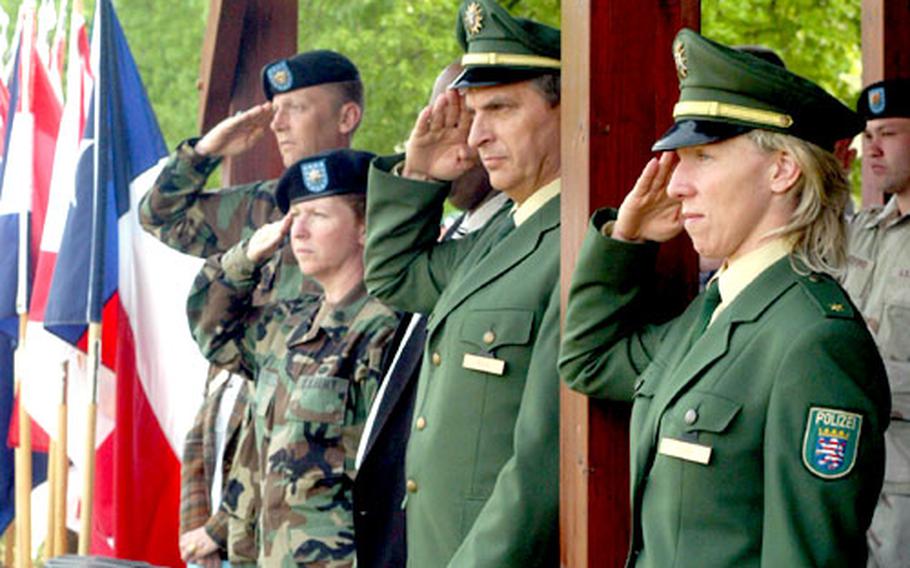 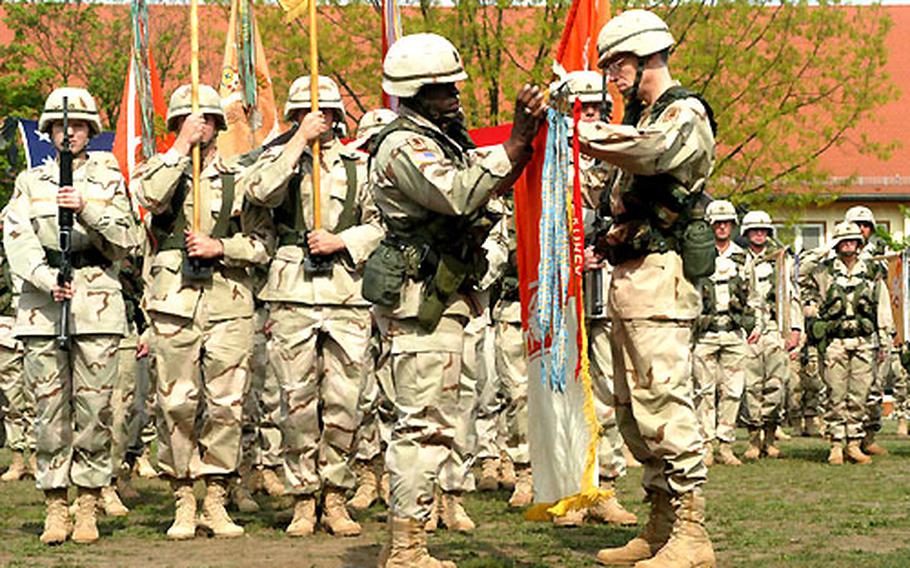 DARMSTADT, Germany &#8212; The strikingly bright orange flags of the 22nd Signal Brigade units have faded to a light shade of white, but the troops carrying them stood a little taller because of it.

The faded threads and tattered seams paint a picture of where the troops have been and what they have been through.

With the entire unit finally home after deployments in Iraq and block leave, the 22nd Signal Brigade uncased its flag in front of the community during a welcome home ceremony on Kelley Barracks Wednesday.

&#8220;Soldiers feel proud to be here. This shows that the community, not only the military leaders, care about us,&#8221; said Jimmy Lozano of Company B, 440th Signal Battalion. His wife, Erika, said the ceremony helps her and her son, Isaias, 4, feel like they are an important part of the community.

Units of the 22nd Signal Brigade spent just more than a year in Iraq in support of Operation Iraqi Freedom. The brigade&#8217;s communication network covered more than 172,300 square miles, connecting three continents and providing service to 130,000 soldiers via switches and satellite links.

The 22nd Signal Brigade spearheaded Task Force Signal, the largest military tactical signal network in history, leading a team of more than 11 signal battalions from Germany as well as the United States, according to 1st Lt. Alicia Ramsey, the brigade public affairs officer.

&#8220;It&#8217;s amazing to have been part of something this big that will forever be in history books,&#8221; said Pfc. Candice Black, Headquarters and Headquarters Company, 22nd Signal Brigade.

At its peak, the brigade included 4,500 troops who installed, operated and maintained communications for military forces under combat conditions.

Troops recalled tough times during the deployment, including coming under attack by forces armed with stones or weapons.

The eight soldiers and one civilian deployed with the unit who died during the operation were remembered during the ceremony, as well as 18 troops who were injured and awarded the Purple Heart.

&#8220;The cost is high. Task Force Signal soldiers&#8217; names are on an honor roll of those who sacrificed their lives, or limbs, or health during mission execution,&#8221; said Col. Jeffrey G. Smith Jr., brigade commander.

One soldier who lost his middle finger during the mission because of an accident said he felt sad for having left his unit in Iraq early.