225 years later, search is on for the Bonhomme Richard 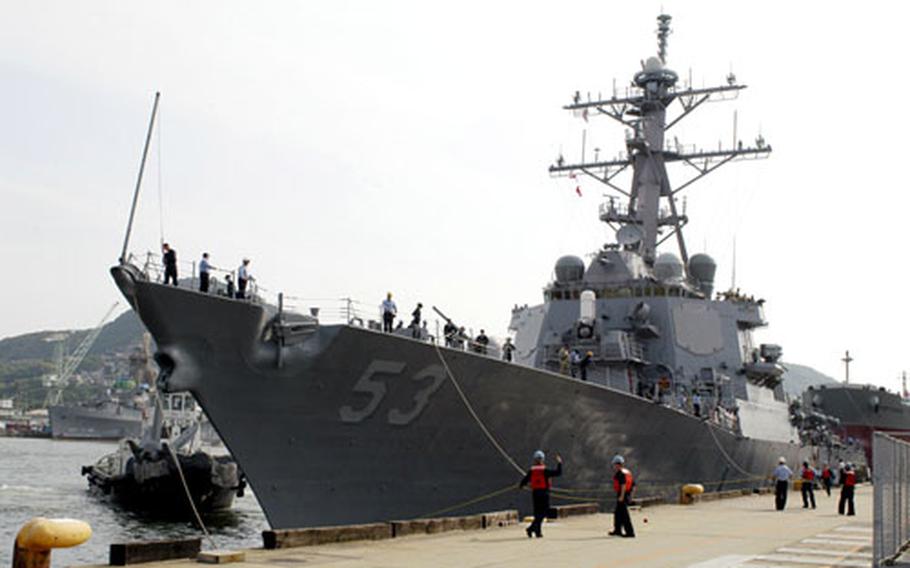 The guided missile destroyer USS John Paul Jones moors at Sasebo, Japan. The ship is one of two “flagships” for the search for the Bonhomme Richard. (U.S. Navy)

The guided missile destroyer USS John Paul Jones moors at Sasebo, Japan. The ship is one of two “flagships” for the search for the Bonhomme Richard. (U.S. Navy) 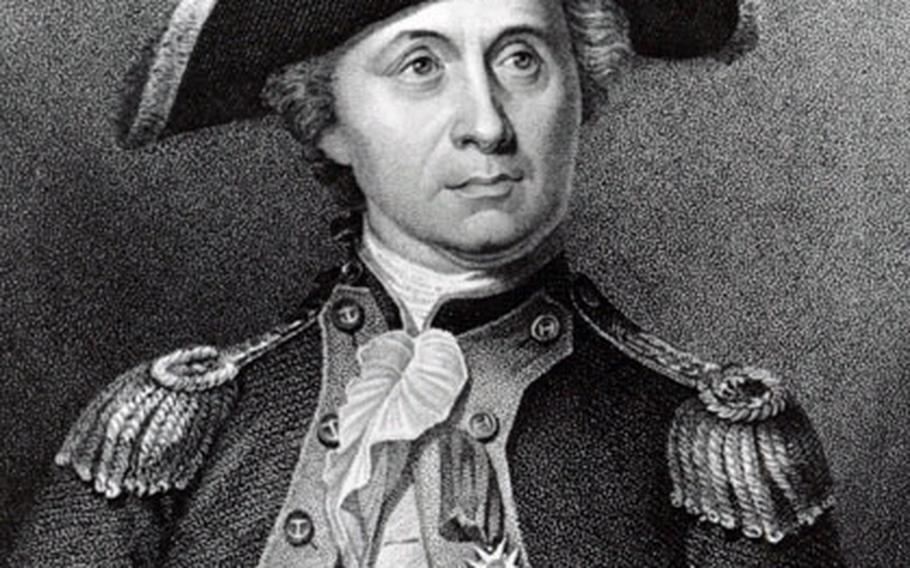 The Bonhomme Richard was given to John Paul Jones, above, by King Louis XVI of France. (Naval Historical Center)

Nearly 36 hours after John Paul Jones shouted &#8220;I have not yet begun to fight&#8221; when the captain of the HMS Serapis asked him to surrender, Jones watched his flagship sink to the bottom of the North Sea.

Jones, one of the Navy&#8217;s founding fathers, became a Revolutionary War hero for capturing Serapis during a 3&#189;-hour, almost point-blank fight off Flamborough Head, England, on Sept. 23, 1779.

More than 225 years later, Jones&#8217; flagship, the USS Bonhomme Richard, may again see the light of day when an expedition by the nonprofit Ocean Technology Foundation attempts to find and eventually recover it.

The multiple-year expedition is being co-sponsored by the Naval Historical Center and a handful of civilian and military-related organizations.

The destroyer USS John Paul Jones and amphibious assault ship USS Bonhomme Richard have been named the honorary &#8220;flagships&#8221; for the expedition.

The first year will be dedicated to finding underwater objects that might be the ship, explained project manager Melissa Ryan in a phone interview from OTF&#8217;s headquarters in Groton, Conn.

When the team returns in 2007 it will use a remotely operated vehicle to determine if any of those objects are, in fact, the Bonhomme Richard.

&#8220;This expedition is a natural fit for OTF&#8217;s capabilities,&#8221; said OTF president and retired Navy Capt. John Ringelberg in a historical center news release. &#8220;Our partners are the best and the brightest in their specific fields, and they form an exceptional team.&#8221;

This is not the first search for the famous ship. The nonprofit National Underwater Marine Agency, founded by adventurer and author Clive Cussler, has made at least four attempts, and Ryan said that both OTF and NUMA will be searching for Bonhomme Richard this summer.

NUMA found the Civil War-era submarine USS Hunley off Charleston, S.C., in 1995 but it was only pulled from its ocean grave five years later.

Ryan said that right now they&#8217;re focused on finding the Bonhomme Richard and will plan its recovery once it&#8217;s located.

Just finding the ship will be important to the Navy and the study of naval history, officials say.

&#8220;Discovery of the shipwreck will shed new light on the horrific battle between Bonhomme Richard and Serapis, what life was like on board Bonhomme Richard for the officers and crew, ship&#8217;s armament and weaponry, and the construction of the ship itself,&#8221; Neyland said.

Ryan said that part of the expedition&#8217;s goals is education.

Navy ships have long been named after American warriors or statesmen and Bonhomme Richard was no exception.

When King Louis XVI of France gave John Paul Jones a ship, an old East Indiaman called the Duc De Duras, Jones renamed it in honor of his patron, a famous American statesman and scientist.

Most people wouldn&#8217;t recognize Bonhomme Richard as a famous American, but they have probably heard of Benjamin Franklin.

So how does Ben Franklin become Bonhomme Richard?

Richard Saunders was the pen name used by Benjamin Franklin.

When Jones accepted the ship from Louis XVI, Franklin was the American commissioner in Paris.