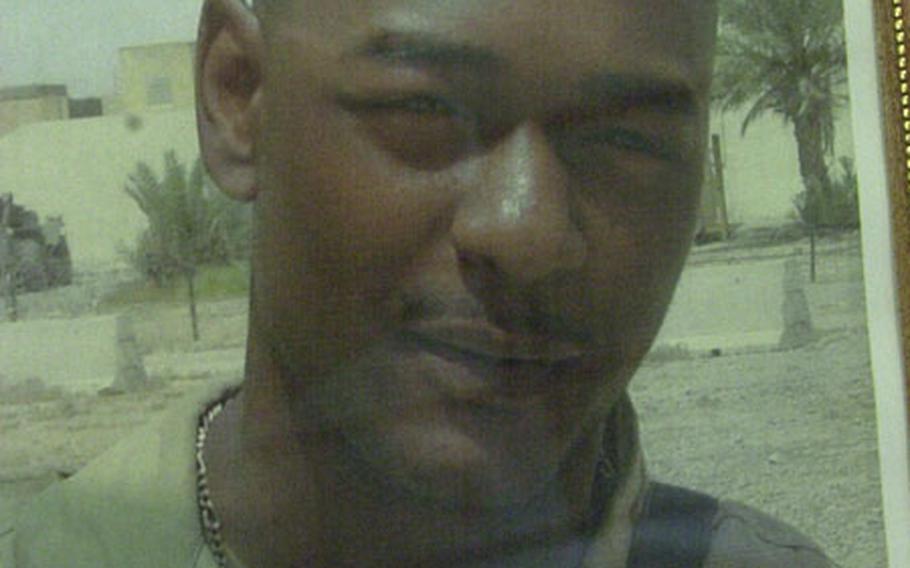 KAISERSLAUTERN, Germany &#8212; Tall and striking &#8212; a black suit accenting pale skin and a grown-out, blond high-and-tight &#8212; Jason Bulla sat in the left center aisle of Daenner Chapel as the crowd of more than 400 mourners silently filed out.

He remained sitting after nearly everyone else had gone, dabbing his eyes from time to time as he talked quietly with a soldier. Finally, he walked to the front of the chapel where photos of Sgt. Tatjana Reed, 34, and Spc. Torey J. Dantzler, 22, were displayed along with their photos, their weapons barrel-down in their boots &#8212; the Army way of signifying fallen soldiers.

After gazing at the photos of Reed and Dantzler, both from the 21st Theater Support Command&#8217;s 66th Transportation Company, 28th Transportation Battalion, he walked out of the chapel. Oblivious to everyone and everything, he sobbed as he crossed the parking lot.

Talk to the people who knew them, and the pain of Reed&#8217;s and Dantzler&#8217;s deaths in Iraq, killed when a July 22 roadside bomb attack in Samarra destroyed their Humvee, is compounded by regret over vital lives cut short.

&#8220;He never met his son,&#8221; said Cramblett, who with Sgt. Avia Olivardia, 24, delivered the tribute. Dantzler, a gunner and driver, was just days away from going home on rest and recuperation to see his Torey Jr. when he died.

All Dantzler talked about was his family, Cramblett and Olivardia agreed.

Once, Bulla said, Reed came to him and asked him for some wire for her daughter.

In her remarks, Cramblett described how thrilled Reed was to discover a framed photo of her daughter that Genevieve had tucked into her bags before her mom deployed.

There was only one appropriate description of Reed, Staff Sgt. Agustin Sarmiento, 34, a 66th squad leader, said.

She was also multitalented and multilingual, having been born in Germany, where she went to high school.

During the memorial, commanders and fellow soldiers talked about a mother figure who helped other soldiers translate when they had problems with landlords, a solid noncommissioned officer who stressed loyalty and caring for each other. And they also described a woman who could brew a strong cup of coffee that one soldier said was &#8220;better than Dunkin&#8217; Donuts coffee.&#8221;

While most talked about Reed&#8217;s compassion and capabilities, Dantzler was described as the soldier who was always up, and who loved sitting behind his .50-cal in his truck, &#8220;a morale booster&#8221; for everyone else, no matter what was going on, Cramblett said.

Though many soldiers have fallen in Iraq, each memorial tends to leave mourners searching for a final word or phrase to somehow conjure the essence of people who are deeply missed.