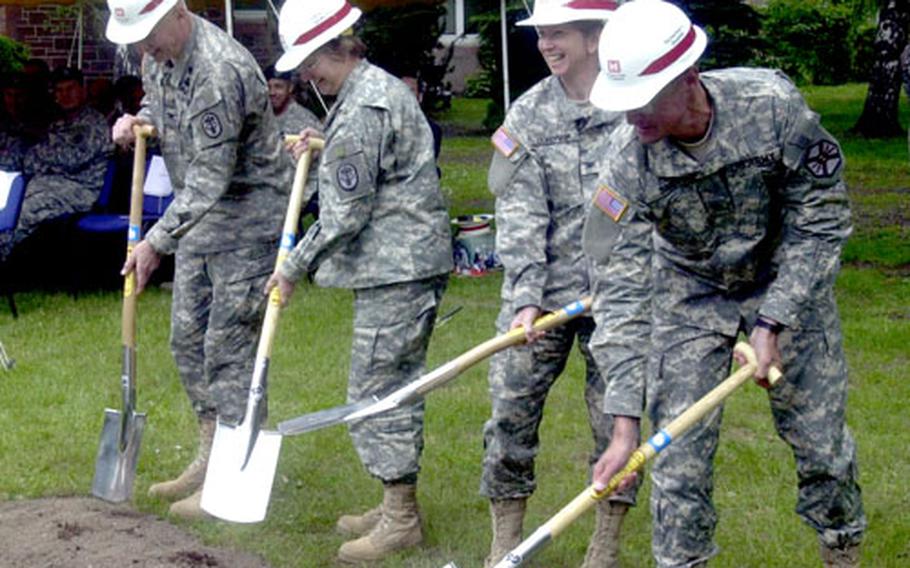 LANDSTUHL, Germany &#8212; After 70 years and some flooding problems, the two buildings that house the U.S. Army Center for Health Promotion and Preventive Medicine-Europe are getting an overhaul.

A groundbreaking ceremony for the roughly $20 million renovation project took place Friday at the site, which is up the hill from Landstuhl Regional Medical Center. A wing also will be added to a building to consolidate CHPPM activities into one space.

The three-phase project is expected to be completed by June 2009.

&#8220;The fact that the leadership has put forth the money to renovate this facility and to actually build some new buildings on this ground that we&#8217;re standing on right now shows the commitment they have to our enduring presence here,&#8221; said Col. Steve Jones, CHPPM commander.

The buildings were constructed in the 1930s to be used as a German military training facility and badly need renovation, said Brig. Gen. Carla Hawley-Bowland, commander of Europe Regional Medical Command.

&#8220;We have lost, because of flooding, millions of dollars of equipment, and people have still continued the mission.&#8221;

A new community library, double the size of the existing one housed in one of the buildings, is part of the project. The library will be roughly 12,000 square feet.

The library will only have to close maybe a week or two during the construction, said Shawn Friend-Begin, library supervisor for U.S. Army Garrison Kaiserslautern.