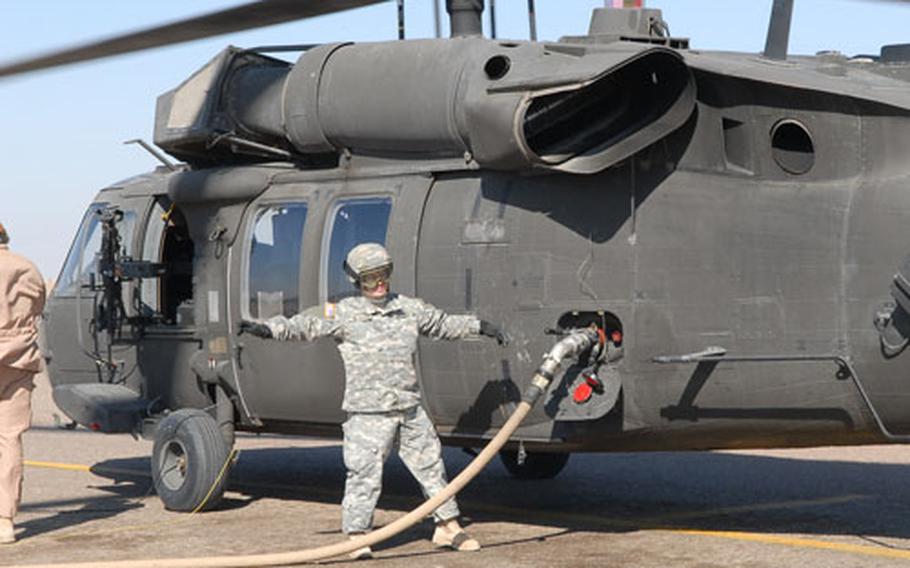 Pfc. Salina Ward of the 209th Aviation Support Battalion, 25th Infantry Division, gestures to a fellow soldier as she fills the tank of a Black Hawk helicopter on Camp Speicher, near Tikrit. (Zeke Minaya / S&S)

Pfc. Salina Ward of the 209th Aviation Support Battalion, 25th Infantry Division, gestures to a fellow soldier as she fills the tank of a Black Hawk helicopter on Camp Speicher, near Tikrit. (Zeke Minaya / S&S) 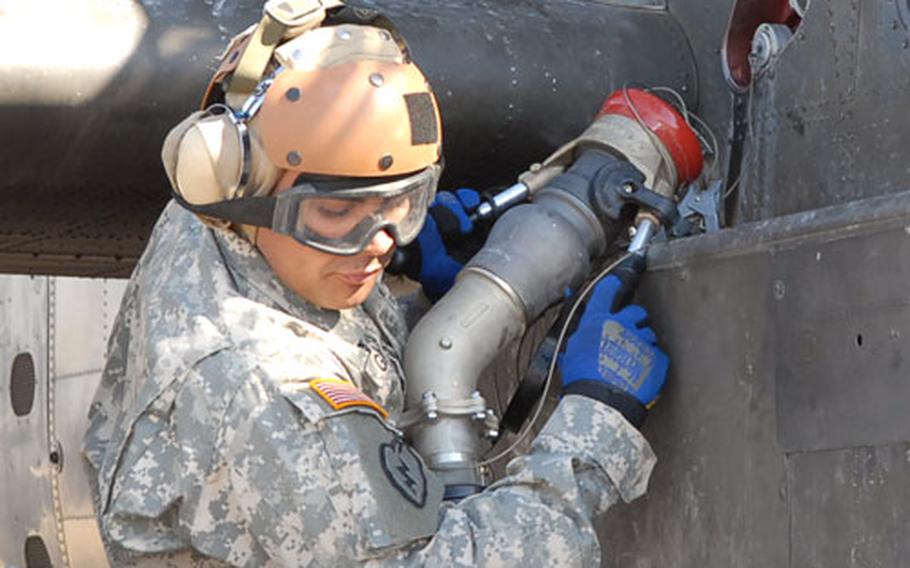 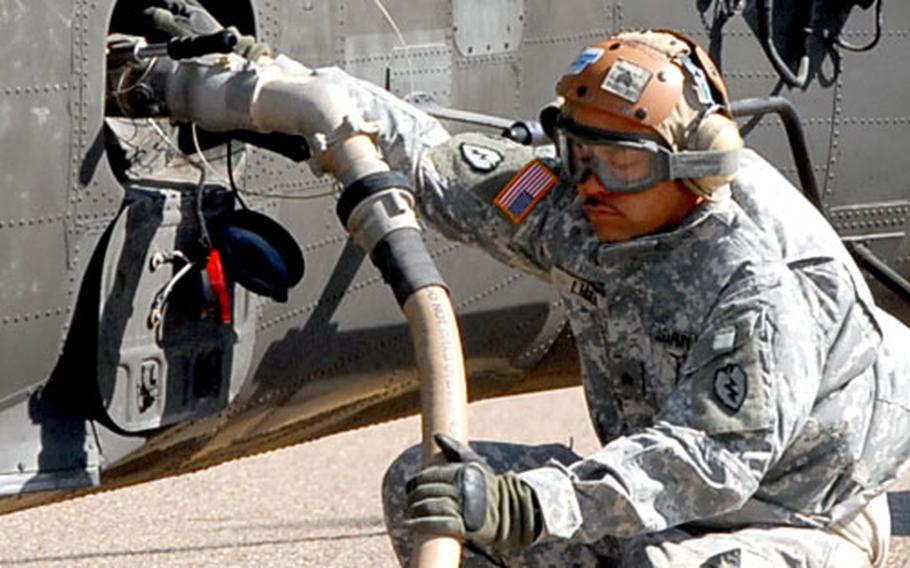 Sgt. Kalanikai Liana, 29, of Hawaii, fills up the tank of a Black Hawk helicopter on Camp Speicher. (Zeke Minaya / S&S)

TIKRIT, Iraq &#8212; You should excuse the men and women of the aviation refueling station at Camp Speicher in northern Iraq if they haven&#8217;t had much time to socialize.

In the roughly six months the 209th Aviation Support Battalion of the Hawaii-based 25th Infantry Division has been manning the pumps, they have loaded the tanks of 5,398 Black Hawks, Apaches, Chinooks and Kiowas with more than a million gallons of fuel.

That&#8217;s more aircraft than the 101st Airborne, the previous tenant of the Forward Area Refueling Point, or FARP, filled in a year.

First Lt. Bruce Robinson, head of the unit, said there could be several reasons for the brisk pace, including a possible spike in air missions or perhaps fewer outlying refueling points. But, said the 24-year-old native of Fayetteville, N.C., the 209th ASB has been up to the challenge.

Unit members are focused on having helicopters &#8220;get down, get what they need and get back into the fight,&#8221; he said.

Wallace, who with 17 years experience can tell the difference between regular gasoline and aviation-grade fuel by smell alone, said that safety is her main concern.

Helicopters often are filled with their blades still turning, generating static electricity that could ignite an errant splash of fuel. The slightest miscalculation with a hose gushing out roughly 50 gallons of fuel per minute can lead to disaster. Wallace has heard her share of stories of helicopters burning to the ground after a spark found fuel.

Refuelers cannot approach an aircraft wearing any synthetic fiber clothing, which would melt in a fire, increasing injury. As a result, unit members typically take off layers of clothing when doing their jobs, though the wind chill from a helicopter can turn a cold night into a freezing one.

On one particular evening, Garcia said, he got a lasting impression of the power of helicopters. After being blown back by the powerful gust of a Chinook helicopter, Garcia said, he watched static electricity dancing between the turning blades as it flew into the night. &#8220;It looked like stars moving really fast,&#8221; he said.

Last month, the 209th ASB was given a cake to celebrate its millionth gallon of fuel pumped. Members of the unit enjoyed the cake, but shied away from the recognition, Garcia said.