20 years in the planning, Aviano library lends its 1st book 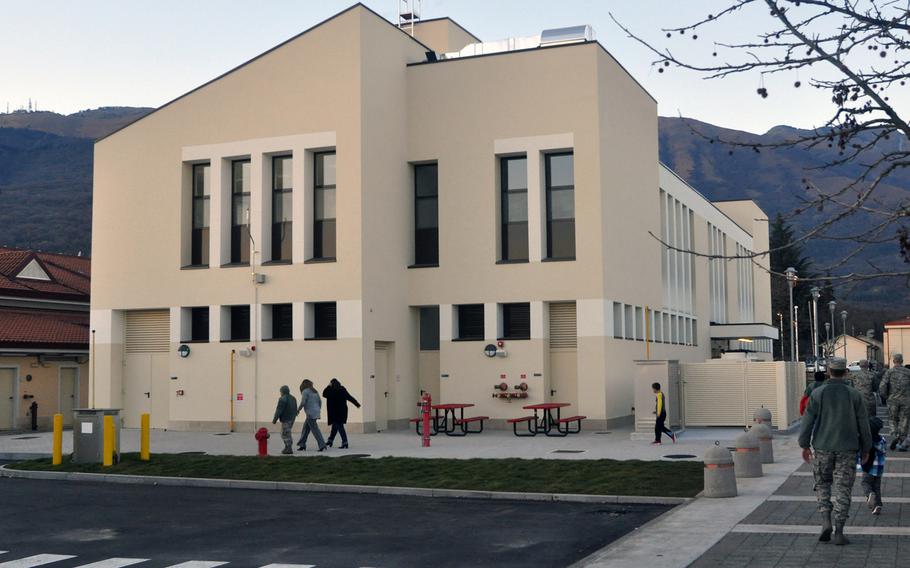 Buy Photo
Airmen and their families walk to the new library at Aviano Air Base in Italy on Friday, Jan. 6, 2017, prior to its grand opening. The $2.9 million facility is one of the last projects of the $625 million Aviano 2000 construction program. (Kent Harris/Stars and Stripes)

Buy Photo
Airmen and their families walk to the new library at Aviano Air Base in Italy on Friday, Jan. 6, 2017, prior to its grand opening. The $2.9 million facility is one of the last projects of the $625 million Aviano 2000 construction program. (Kent Harris/Stars and Stripes) 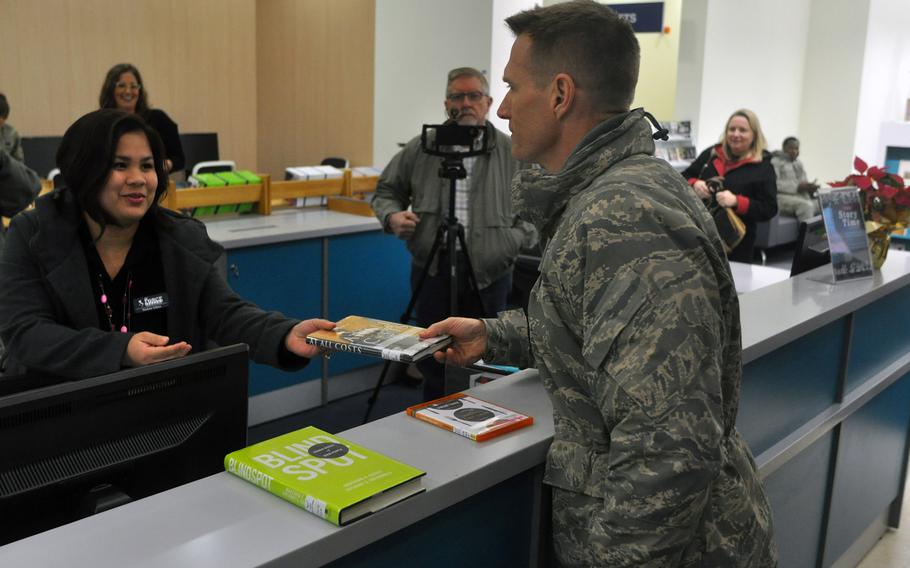 Buy Photo
Brig. Gen. Lance Landrum, commander of the 31st Fighter Wing, officially checks out the first book from the new base library at Aviano Air Base, Italy, on Friday, Jan. 6, 2017, with the help of library technician Madona Solana. (Kent Harris/Stars and Stripes)

AVIANO AIR BASE, Italy — Plans called for a new base library before any students currently attending the nearby Defense Department schools were even born.

Twenty years after they were formulated, those plans finally came to fruition on Friday with the grand opening of the $2.9 million facility.

That journey, which started in 1997 — a few years after the Air Force moved two F-16 fighter squadrons to a base that had seen only rotational forces before — included four designs, delays due to other projects during one of the world’s largest military construction projects and the bankruptcy of a contractor.

But there were only smiles Friday as the facility’s capacity was immediately put to the test by dozens of airmen and their families eager to take a look at the new building.

Brig. Gen. Lance Landrum, commander of the 31st Fighter Wing, was the first to officially check out a book.

Navy Capt. Michael Oestereicher, in charge of U.S. military construction projects in Italy, said when he visited the site a few years ago after the previous contractor went bankrupt, he was dismayed not only by the lack of work completed but by the quality of what had been done.

“About probably the worst project I had ever seen and I didn’t think we would be able to finish it, frankly,” he said.

But thanks to a host of personnel who received recognition at the ceremony and new Italian contractor BB Government Services of Vicenza, the facility on Area 1 — just a few steps from the base schools and adult education center — is ready for business.

Librarians have 34,000 “resources,” including books, videos and other material for servicemembers and their families to check out. And the library boasts what officials say is one of the best W-iFi services on base.

Like many of the projects in the $625 million Aviano 2000 construction program, NATO partners picked up much of the bill. The U.S. paid only about 8 percent of the costs.