2 US soldiers killed in artillery mishap in Iraq identified 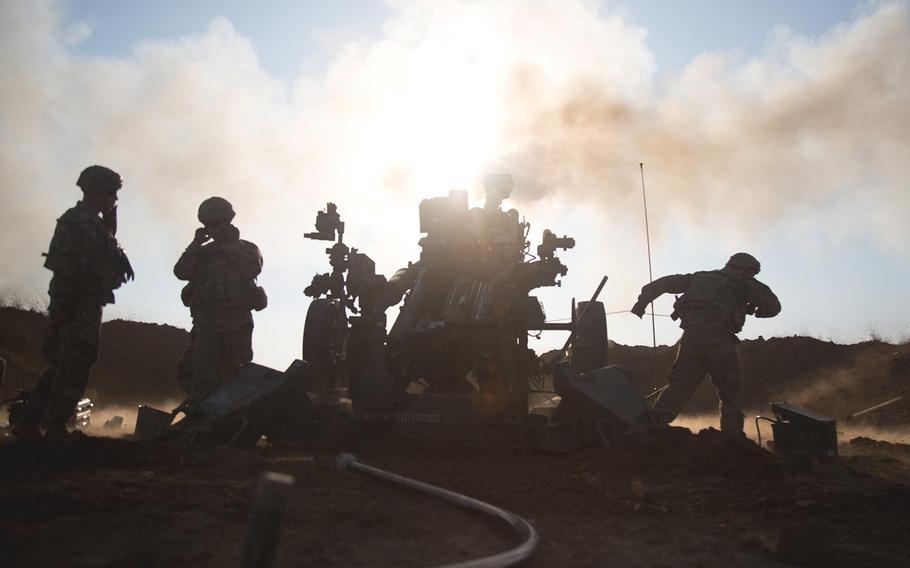 The two soldiers were identified as Sergeant Allen L. Stigler Jr., 22, and Sergeant Roshain E. Brooks, 30. Both were 82nd Airborne Division paratroopers, according to a statement from the division.

The soldiers and five others wounded in the blast were evacuated by helicopter from an undisclosed firebase in Iraq, where American troops are aiding Iraq forces in their continuing battle with ISIS after the militants were ousted from their Mosul stronghold last month, Army Col. Rob Manning, a Pentagon spokesman, said Monday. The two artillerymen died after they were evacuated. The other five injured soldiers were expected to survive their wounds, Manning told reporters at the Pentagon.

“Our best wishes are with the families of the two soldiers who died and their fellow servicemembers,” he said.

The artillery crew was targeting an ISIS mortar position when the mishap occurred, Manning said. The unit was firing an M777 howitzer, a towed 155 mm artillery piece, according to another defense official who spoke on the condition of anonymity.

Despite ISIS’ claims Sunday that it killed the soldiers with rocket fire, Manning said “there is no indication at all that ISIS had anything to do with” the soldiers’ deaths. He said the incident was under investigation.

The fallen soldiers’ families had been notified of their deaths by Monday afternoon, according to the defense official.

According to the 82nd Airborne division, Stigler was from Arlington, Texas and joined the Army in November 2013; Brooks, from Brooklyn, New York, joined in July 2012. Both have been posthumously awarded the Bronze Star, Purple Heart, Meritorious Service Medal and Combat badge, the statement said.

With the deaths Sunday, nine Americans have been killed supporting Operation Inherent Resolve in 2017, including noncombat deaths. Nearly 50 Americans have been wounded in action since the anti-ISIS campaign began in August 2014, according to Pentagon data.

U.S. troops worked alongside Iraqi security forces to train and advise them throughout their brutal nine-month battle to retake Mosul, the final major city that the terrorist group held in Iraq. The city has been largely turned over to Iraqi Federal Police, described as “hold forces,” who are clearing it of any remaining ISIS fighters and explosives, Manning said.

At least three towns in Iraq are still controlled by ISIS: Tal Afar, about 40 miles west of Mosul, Hawija in northern Iraq and al-Qaim, along the Euphrates River at the Syrian border. U.S. troops are helping the Iraqi forces to prepare an offensive on Tal Afar in the near future, Manning said. The United States believes there about 2,000 ISIS militants there.

Defense Secretary Jim Mattis and other top U.S. officials have pledged to continue providing the Iraqis with military assistance including airpower and advisers on the ground until ISIS is entirely defeated in the country.